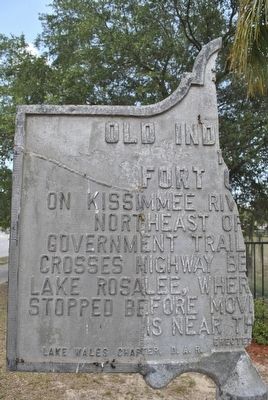 On Kissimmee River sixteen miles northeast of Lake Wales government trail leading to fort crosses highway between Gum Lakes. Lake Rosalee, where Seminole Indians stopped before moving to Everglades, is near this trail.

Topics. This historical marker is listed in these topic lists: Forts and Castles • Native Americans • Roads & Vehicles • Wars, US Indian. A significant historical year for this entry is 1837.

Other nearby markers. At least 8 other markers are within 12 miles of this marker, measured as the crow flies. E.C. Stuart Park / The Historic Corridor (approx. 1½ miles away); The Railroad in Dundee History (approx. 8.2 miles away); Fort Gardiner (approx. 9 miles away); Chief Chipco 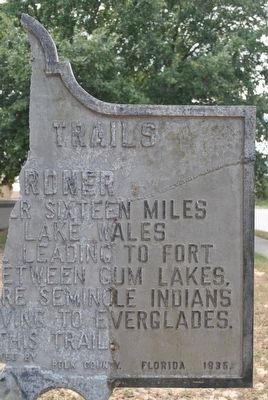 More about this marker. This old and interesting marker is obviously damaged. The Polk County History Center has been notified of its condition. It was strategically placed at the entrance to one of Florida's oldest tourist attractions.

Regarding Old Indian Trails. Fort Gardner is actually spelled Gardiner. Period maps and military records both include the error. The fort was named for Captain George Washington Gardiner who was killed on December 28, 1835 at the Dade Massacre which is credited for starting the Second Seminole Indian War 1835-1842. 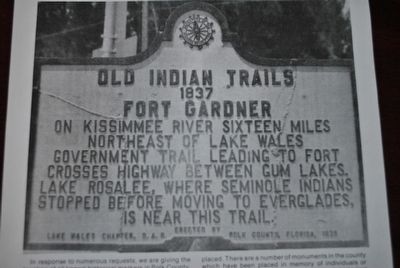 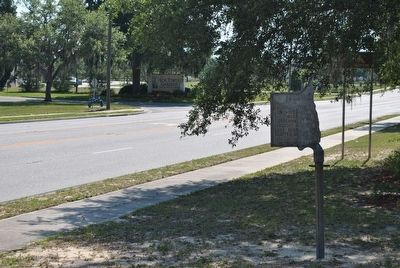 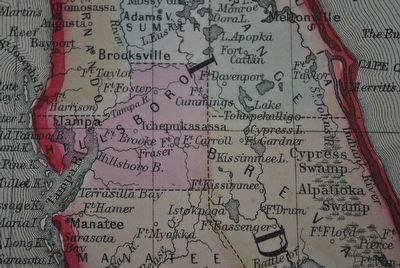