The Eastern Cemetery is the resting place of some of Portland's noted abolitionist, who campaigned against slavery, provided safe-houses and assisted runaways on their journey to freedom.

Erected by City of Portland Maine.

Topics. This historical marker is listed in these topic lists: Abolition & Underground RR • African Americans • Cemeteries & Burial Sites. A significant historical year for this entry is 1827. 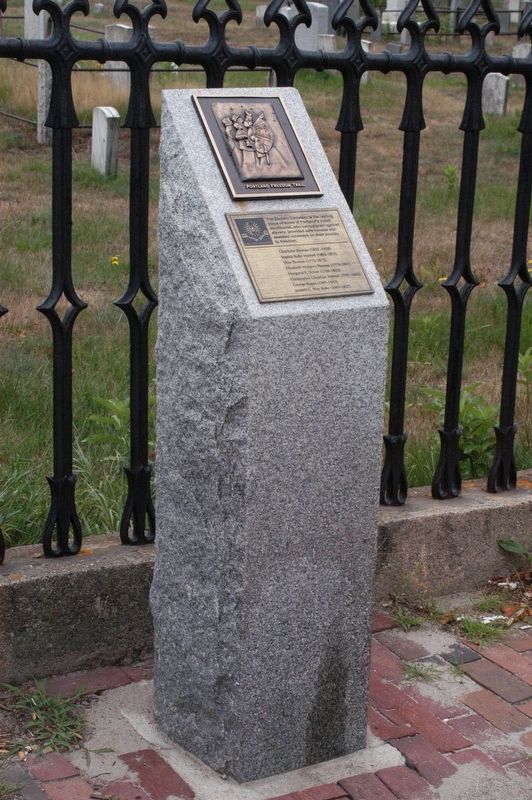