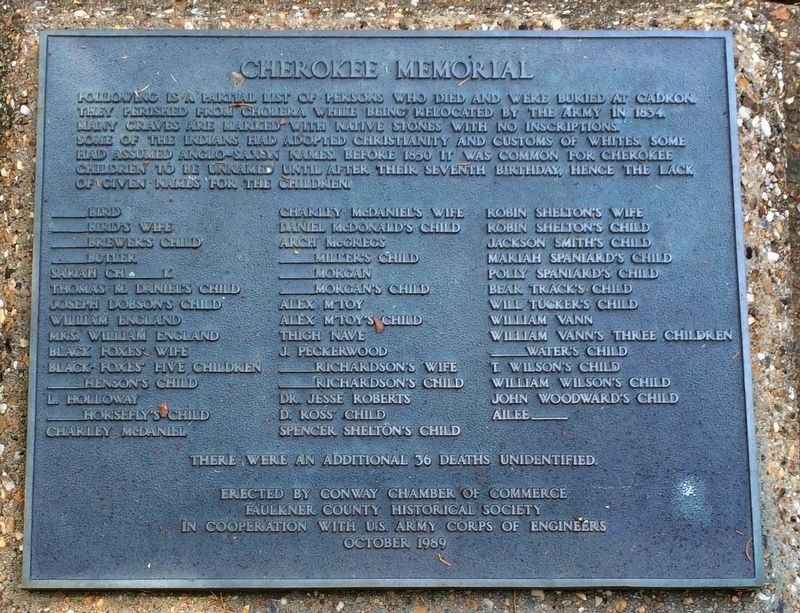 Following is a partial list of persons who died and were buried at Cadron. They perished from cholera while being relocated by the Army in 1834. Graves were marked with native stones with no inscriptions. Some of the Indians had adopted Christianity and customs of whites. Some had assumed Anglo–Saxon names. Before 1850 it was common for Cherokee children to be unnamed until after their seventh birthday, hence the lack of given names for the children. 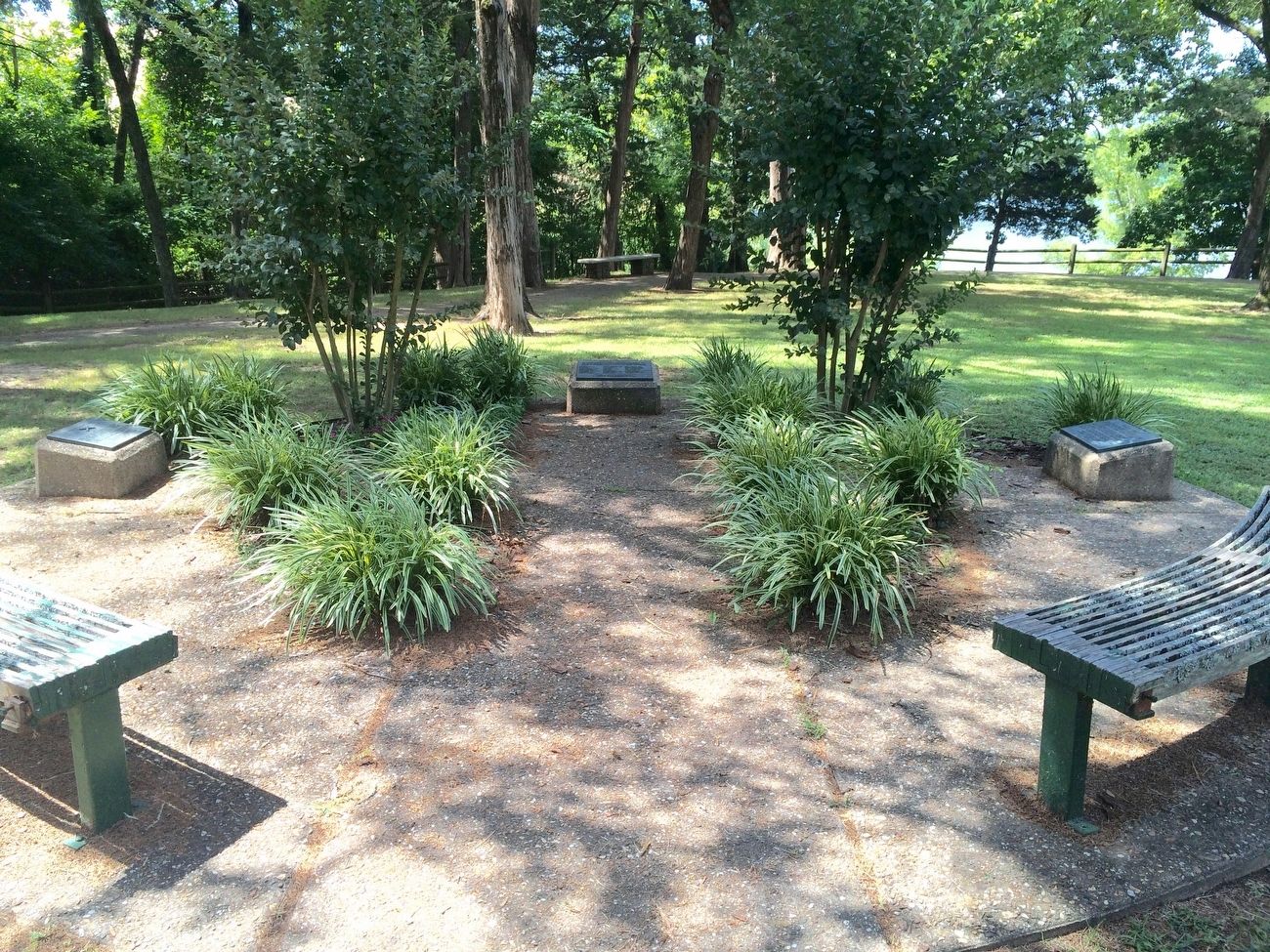 
There were an additional 36 deaths unidentified.

Erected 1989 by The Conway Chamber of Commerce and The Faulkner County Historical Society, in cooperation with U.S. Army Corps of Engineers.

Topics. This historical marker and memorial is listed in these topic lists: Cemeteries & Burial Sites • Disasters • Native Americans • Science & Medicine. A significant historical year for this entry is 1834.