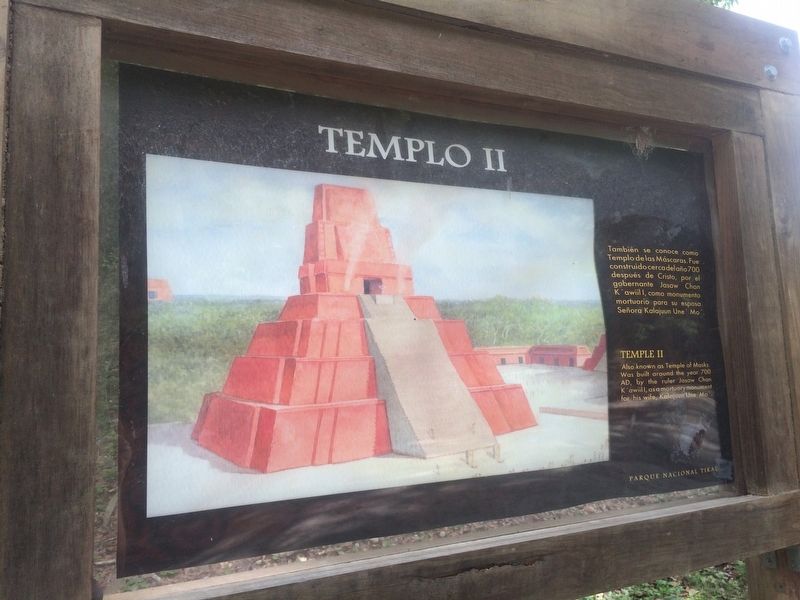 By J. Makali Bruton, August 19, 2016
1. Temple II Marker
Inscription.
English: , Temple II , Also known as Temple of the Masks. It was built around the year 700 AD by the ruler Jasaw Chan K'awiil I, as a mortuary monument for his wife, Kalajuun Une' Mo'. . This historical marker was erected by Parque Nacional Tikal. It is in Flores in Municipality of Flores Petén Guatemala