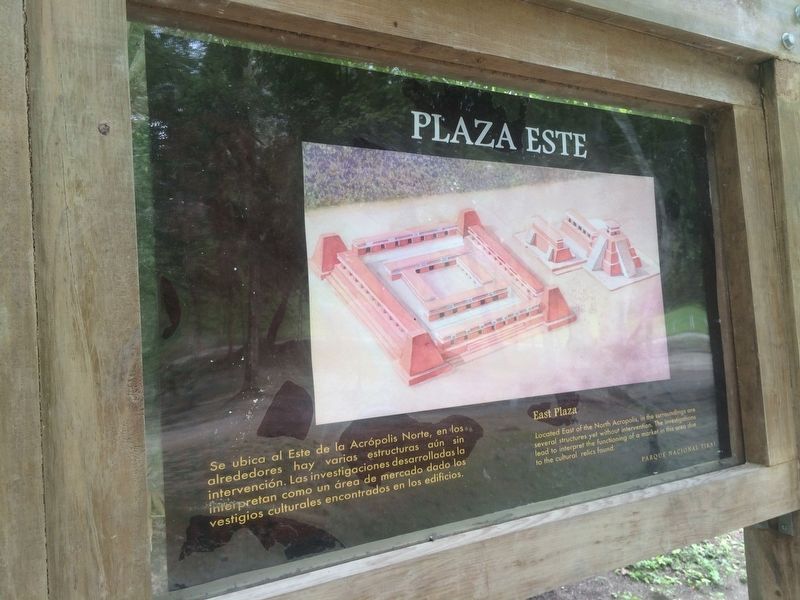 Photographed By J. Makali Bruton, August 19, 2016
1. East Plaza at Tikal Marker
Inscription.
English: , East Plaza , Located East of the North Acropolis, in the surroundings are several structures yet without intervention. The investigations lead to interpret the functioning of a market in this area due to the cultural relics found. . This historical marker was erected by Parque Nacional Tikal. It is in Flores Petén Guatemala