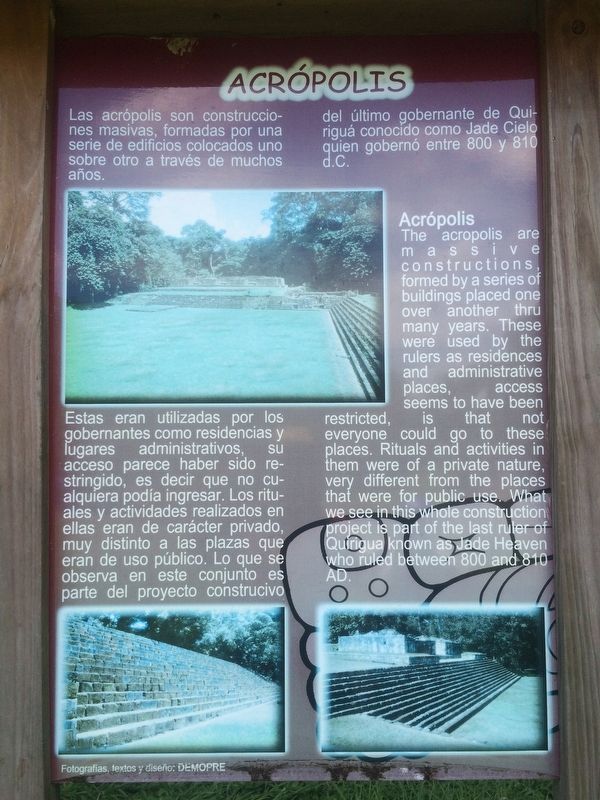 Photographed By J. Makali Bruton, August 16, 2016
1. The Acropolis at Quiriguá Marker
Inscription.
English: , Acrópolis , The acropolis are massive constructions formed by a series of buildings placed one over another thru many years. These were used by the rulers as residences and administrative places, access seems to have been restricted, is that not everyone could go to these places. Rituals and activities in them were of a private nature, very different from the places that were for public use. What we see in this whole construction project is part of the last ruler of Quirigua known as Jade Heaven who ruled between 800 and 810 AD. . This historical marker is in Quiriguá in Los Amates Izabal Guatemala