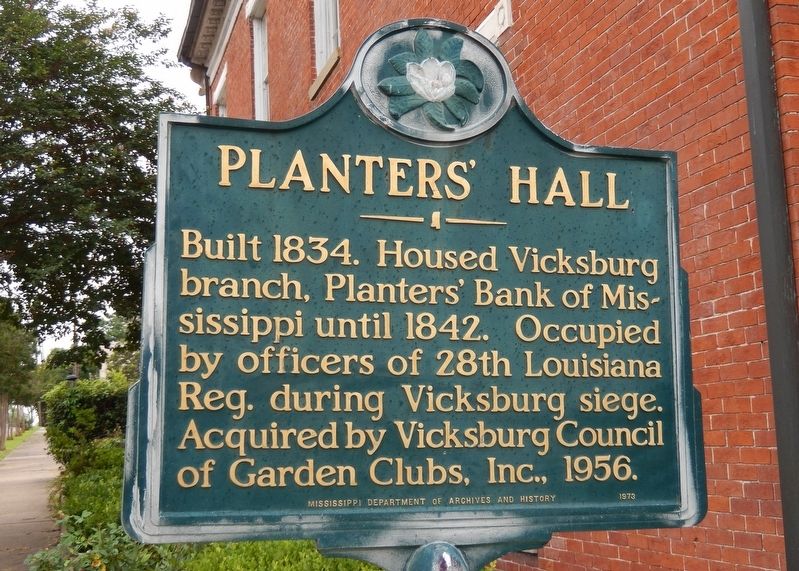 By Cosmos Mariner, May 11, 2016
1. Planters' Hall Marker
Inscription.
Planters' Hall. . , Built 1834. Housed Vicksburg branch, Planters’ Bank of Mississippi until 1842. Occupied by officers of 28th Louisiana Reg. during Vicksburg siege. Acquired by Vicksburg Council of Garden Clubs, Inc., 1956. . This historical marker was erected in 1973 by Mississippi Department of Archives and History. It is in Vicksburg in Warren County Mississippi

Erected 1973 by Mississippi Department of Archives and History.

Topics and series. This historical marker is listed in these topic lists: Industry & Commerce • War, US Civil. In addition, it is included in the Mississippi State Historical Marker Program series list.

Location. 32° 21.228′ N, 90° 52.755′ W. Marker is in Vicksburg, Mississippi, in Warren County. Marker is at the intersection of Main Street and Monroe Street, on the right when traveling east on Main Street. Marker is located at northeast corner of red brick building referenced. Touch for map. Marker is at or near this postal address: 822 Main Street, Vicksburg MS 39183, United States of America. Touch for directions. 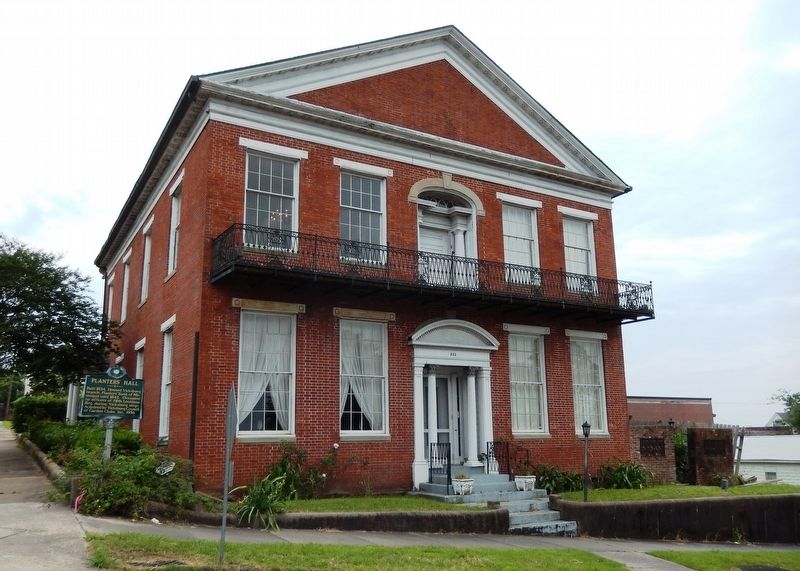 Also see . . .  Planters Hall.
Planters Hall in Vicksburg, Mississippi was built in 1834. It was listed on the National Register of Historic Places in 1971. The boundaries of the listing were increased in 1988 to include an 1854-built secondary structure classified as an animal facility (Submitted on October 2, 2016, by Cosmos Mariner of Cape Canaveral, Florida.) 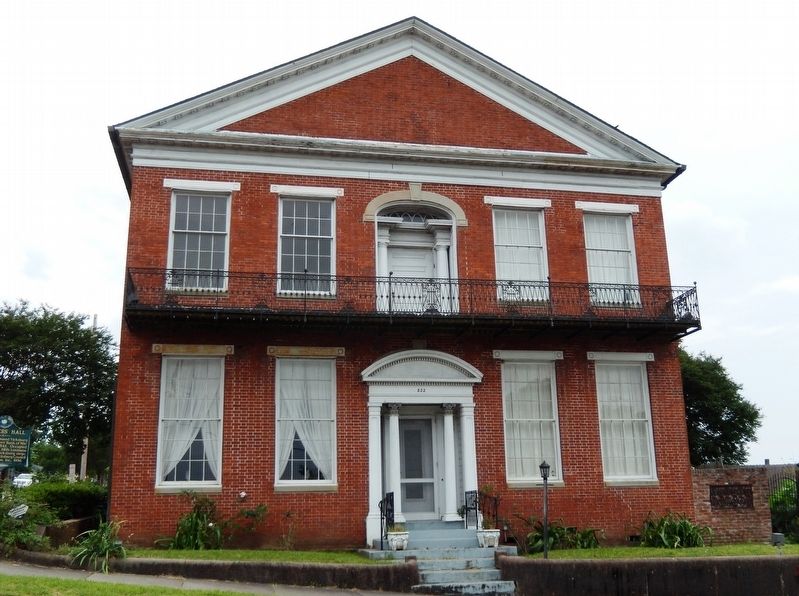 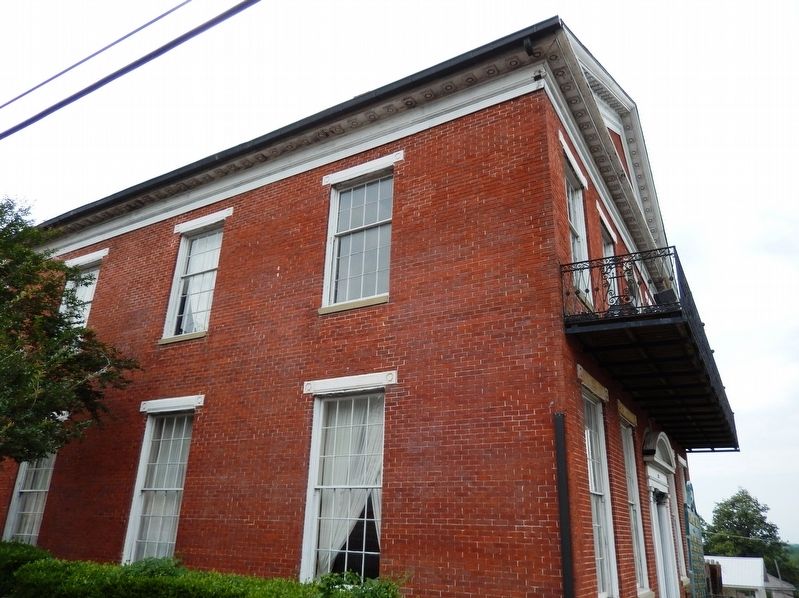