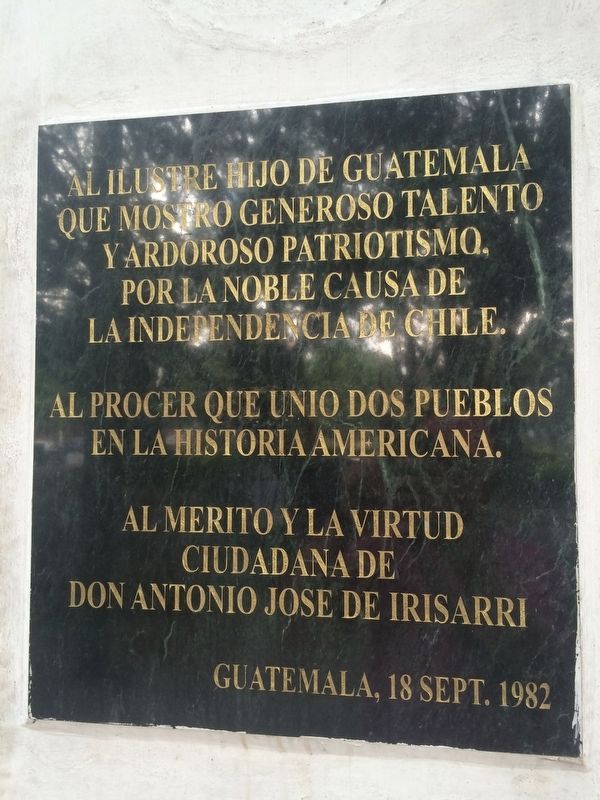 Photographed By J. Makali Bruton, August 6, 2016
1. Antonio José de Irisarri Marker
Inscription.
English translation:
To the illustrious son of Guatemala that showed generous talent and a burning patriotism for the noble cause of Chilean Independence., To the founding father that joined two countries in the history of the Americas., To the merit and virtue of the citizen, Antonio José de Irisarri, Guatemala, September 18, 1982. . This historical marker was erected in 1982. It is in Guatemala City in Guatemala