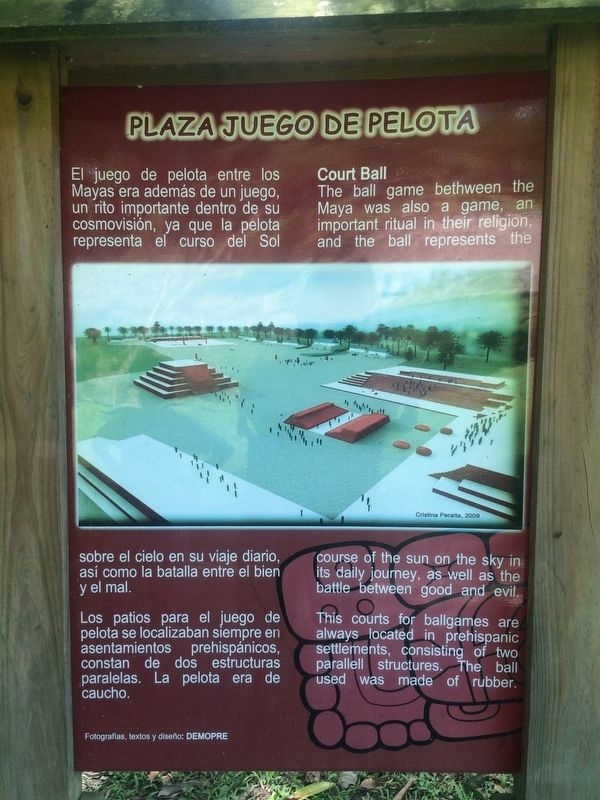 Photographed By J. Makali Bruton, August 16, 2016
1. The Ball Court Plaza Marker
Inscription.
English: , Court Ball , The ball game bethween (sic) the Maya was also a game, an important ritual in their religion, and the ball represents the course of the sun on the sky in its daily journey, as well as the battle between good and evil. , This courts for ballgames are always located in prehispanic settlements, consisting of two parallel structures. The ball used was made of rubber. . This historical marker is in Quiriguá in Los Amates Izabal Guatemala