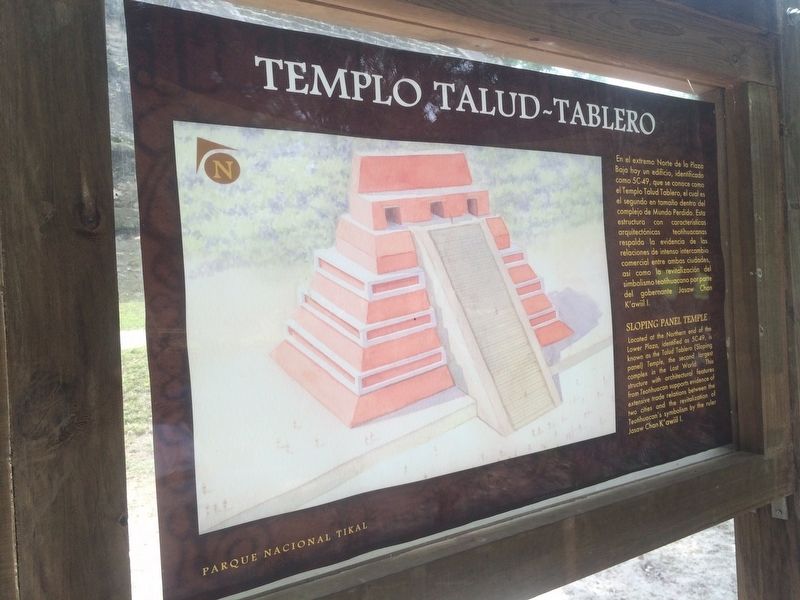 By J. Makali Bruton, August 19, 2016
1. Sloping Panel Temple at Tikal National Park Marker
Inscription.
English: , Sloping Panel Temple , Located at the Northern end of the Lower Plaza, identified as 5C-49, is known as the Talud Tablero (Sloping panel) Temple, the second largest complex in the Lost World. This structure with architectural features from Teotihuacan supports evidence of extensive trade relations between the two cities and the revitalization of Teotihuacan's symbolism by the ruler Jasaw Chan K'awiil I. . This historical marker was erected by Parque Nacional Tikal. It is in Flores in Municipality of Flores Petén Guatemala