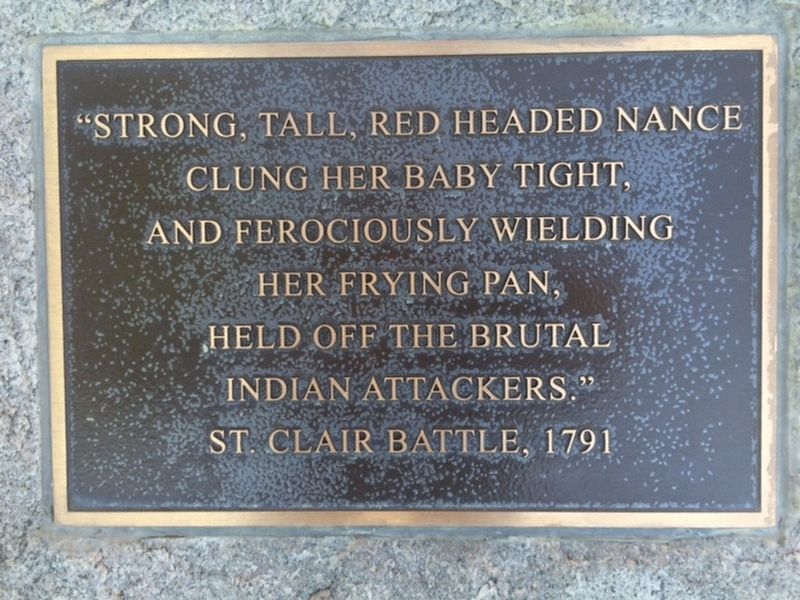 Topics. This historical marker is listed in these topic lists: Native Americans • Settlements & Settlers • Wars, US Indian • Women. A significant historical year for this entry is 1791. 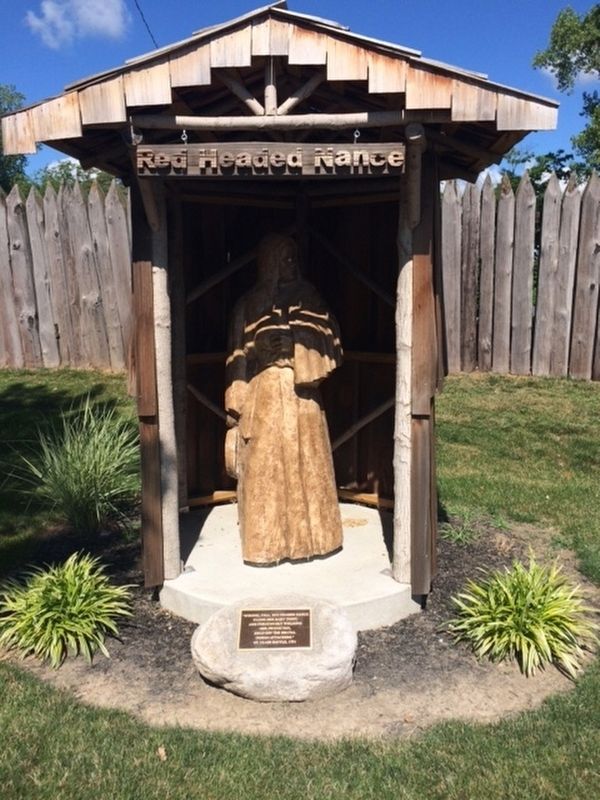 Additional commentary.
1.
"What is the story of Red Haired Nance? Benjamin Van Cleve was 18 years old when he joined Arthur St. Clair’s expedition into Indian country. The quote below is from his account of the retreat at the Battle of the Wabash (Nov 4, 1791) back to Fort Jefferson.
“I hesitated whether to leave the road or whether I was capable of further exertions. If I left the road the Indians were in plain sight & could easily overtake me. I threw the shoes off my feet & the coolness of the ground seemed to revive me. I again began a trot & recollect when a bend in the road offered & I got before half a dozen persons to have thought that it would occupy some time of the enemy to massacre these before my turn would come. By the time I had got to Stillwater (about eleven miles) I had gained the centre of the flying troops & like them came to a walk. I fell in with Lieutenant Shaumburgh (who if my recollection serves me 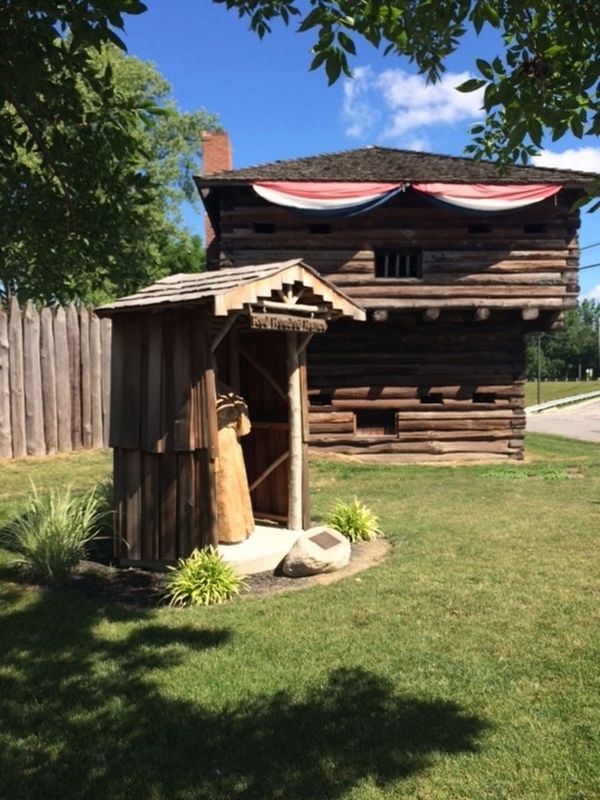 By Michael Baker, June 29, 2016
3. Strong, tall, redheaded Nance Marker
was the only officer of artillery that got away unhurt), with Corporal Mott & a woman who was called red headed Nance - the latter two were both crying. Mott was lamenting the loss of his wife & Nance of an infant child. Shaumburgh was nearly exhausted & hung on Motts arm. I carried his fuse & accoutrements & led Nance. In this sociable way we came together & arrived at Jefferson a little after sunset.”
From the Memoirs of Benjamin Van Cleve, edited by Beverley W. Bond, Jr., Quarterly Publication of the Historical and Philosophical Society of Ohio (Vol. XVII, 1922, Nos. 1 and 2 January-June)."
— Submitted November 3, 2016, by Michael Baker of Lima, Ohio.
Credits. This page was last revised on January 28, 2021. It was originally submitted on November 3, 2016, by Michael Baker of Lima, Ohio. This page has been viewed 537 times since then and 6 times this year. Photos:   1, 2, 3. submitted on November 3, 2016, by Michael Baker of Lima, Ohio. • Bill Pfingsten was the editor who published this page.
Share this page.