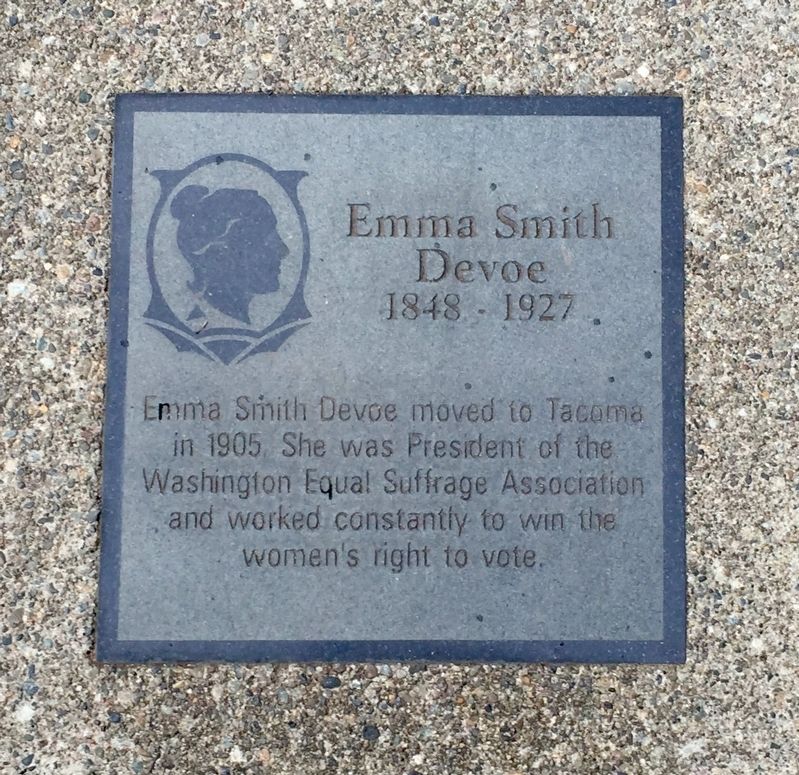 Photographed By Andrew Ruppenstein, October 25, 2016
1. Emma Smith Devoe Marker
Inscription.
Emma Smith Devoe moved to Tacoma in 1905. She was President of the Washington Equal Suffrage Association and worked constantly to win the women's right to vote. . This historical marker is in Tacoma in Pierce County Washington

Emma Smith Devoe moved to Tacoma in 1905. She was President of the Washington Equal Suffrage Association and worked constantly to win the women's right to vote. 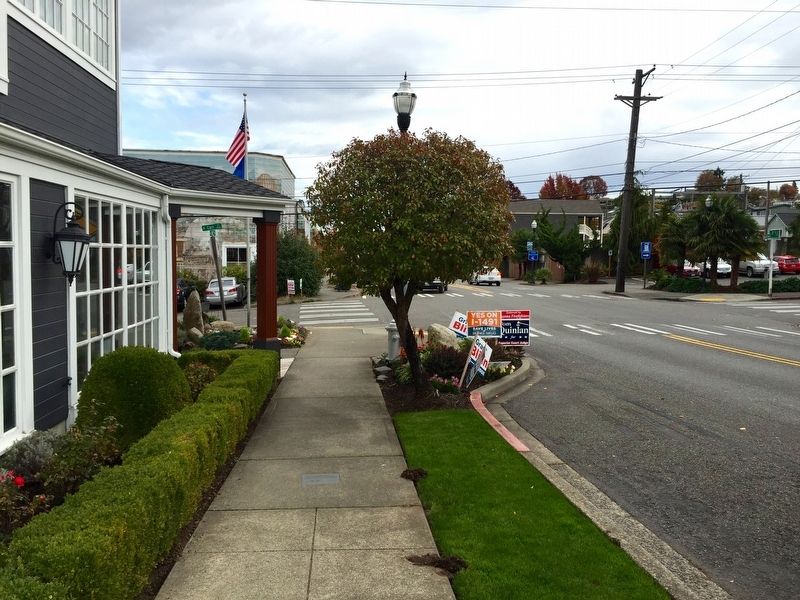 Click or scan to see
this page online
. Emma Smith DeVoe was a major figure in the American woman suffrage movement and a Republican Party activist. Although she spent the bulk of her political life in Washington state, she was also a paid suffrage worker on the national level, helping to bring about woman suffrage in Washington in 1910, and the Nineteenth Amendment granting the vote to all American women in 1920. The guiding principle of her campaigns was: “Always be good-natured and cheerful” (Ross-Nazzal, “Emma Smith DeVoe,” 76). Her efforts in Washington state were both effective and controversial. The 1909 conventions in Seattle of the Washington Equal Suffrage Association (WESA), of which she was president, and the National American Woman Suffrage Association (NAWSA), for which she was a paid organizer, brought to a head the controversies with the Eastern Washington clubs led by Spokane’s May Arkwright Hutton (1860-1915). Despite what some considered DeVoe’s heavy-handed leadership style, her overall contribution to the suffrage movement was extraordinary. After ratification of the Nineteenth Amendment, DeVoe entered Republican Party politics, eventually rising to leadership positions on the state and national levels. (Submitted on November 3, 2016.)
Credits. This page was last revised on April 15, 2018. It was originally submitted on November 3, 2016, by Andrew Ruppenstein of Sacramento, California. This page has been viewed 305 times since then and 20 times this year. Photos:   1, 2. submitted on November 3, 2016, by Andrew Ruppenstein of Sacramento, California.
Share this page.