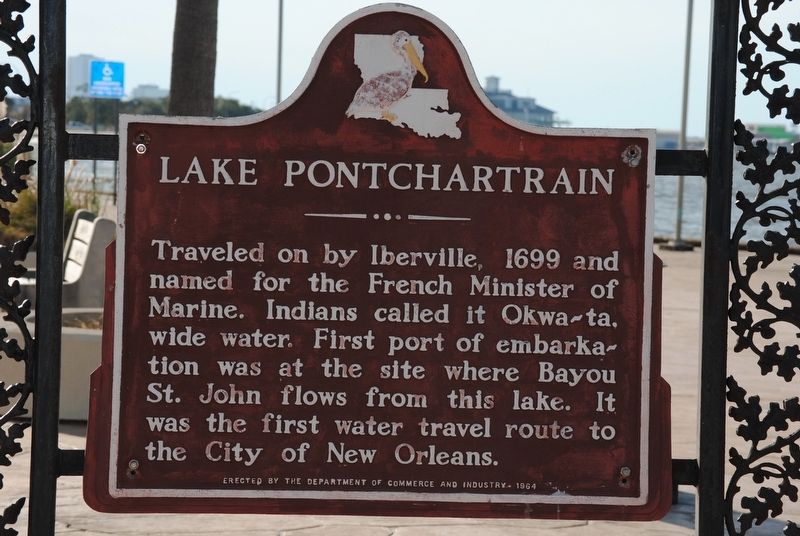 English:
Traveled on by Iberville, 1699 and named for French Minister of Marine. Indians called it Okwa-ta, wide water. First port of embarkation was at the site where Bayou St. John flows from this lake. It was first water travel route to the City of New Orleans.

Erected 1964 by The Department of Commerce and Industry.

Location. 30° 1.699′ N, 90° 6.091′ W. Marker is in New Orleans, Louisiana, in Orleans Parish. Marker is on Lakeshore Drive, 0.2 miles east of Canal Boulevard, on the left when traveling east. Touch for map. Marker is in this post office area: New Orleans LA 70124, United States of America. Touch for directions. 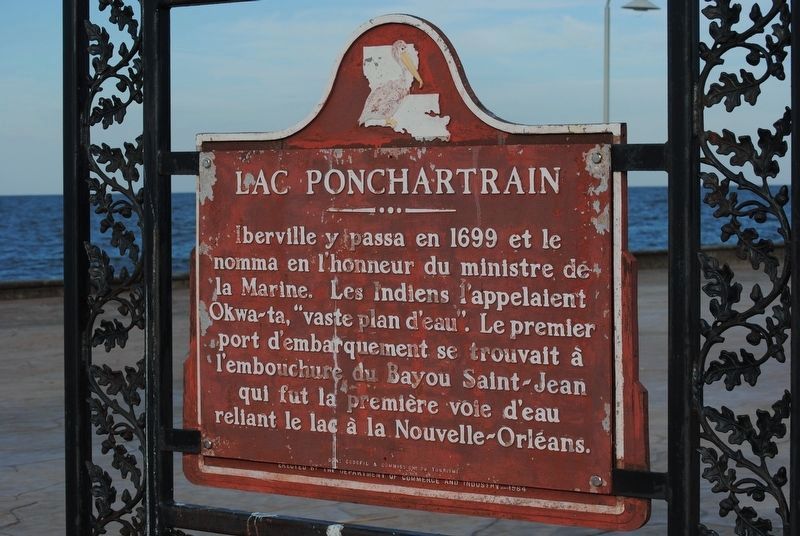 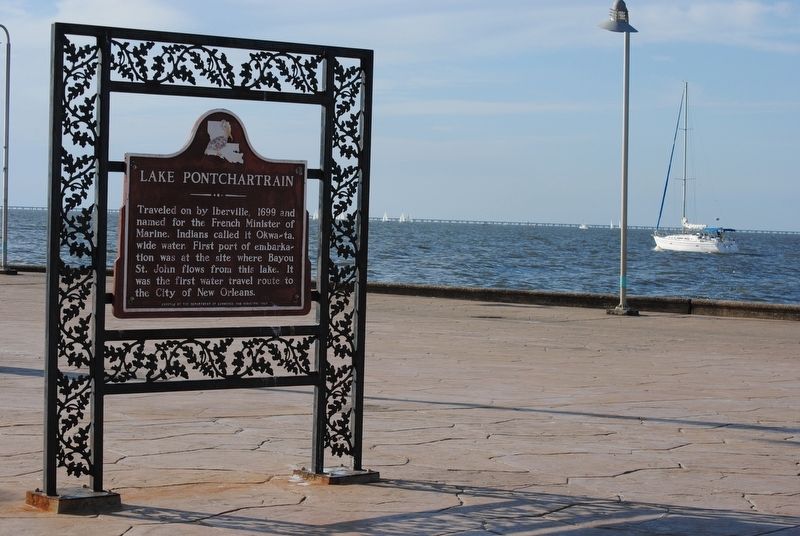 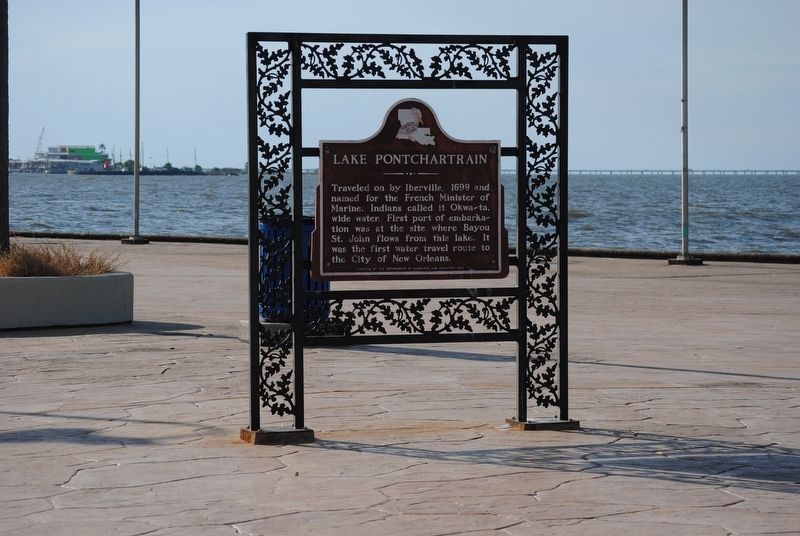