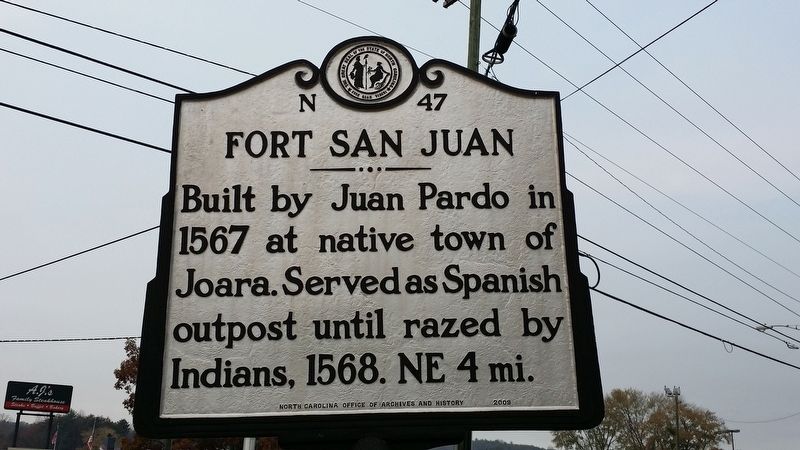 By Michael C. Wilcox, November 13, 2016
1. Fort San Juan Marker
Inscription.
Fort San Juan. . Built by Juan Pardo in 1567 at native town of Joara. Served as Spanish outpost until razed by Indians, 1568. NE 4 mi. . This historical marker was erected in 2009 by North Carolina Office of Archives and History. It is in Morganton in Burke County North Carolina

Built by Juan Pardo in 1567 at native town of Joara. Served as Spanish outpost until razed by Indians, 1568. NE 4 mi.

Topics and series. This historical marker is listed in these topic lists: Exploration • Hispanic Americans • Native Americans • Settlements & Settlers. In addition, it is included in the North Carolina Division of Archives and History series list. A significant historical year for this entry is 1567. 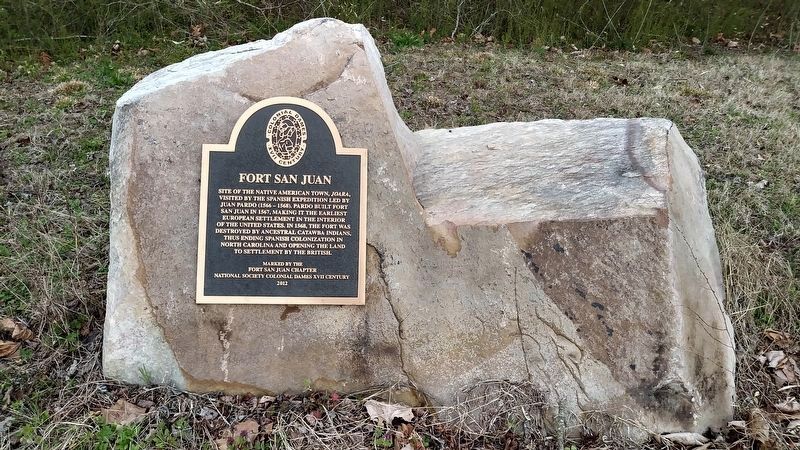 Additional commentary.
1. First European settlement in interior of what is now U.S.!
This blew me away. I had no idea the Spanish made it this far north, some 40 years before Jamestown, even.
— Submitted November 13, 2016, by Michael C. Wilcox of Winston-Salem, North Carolina. 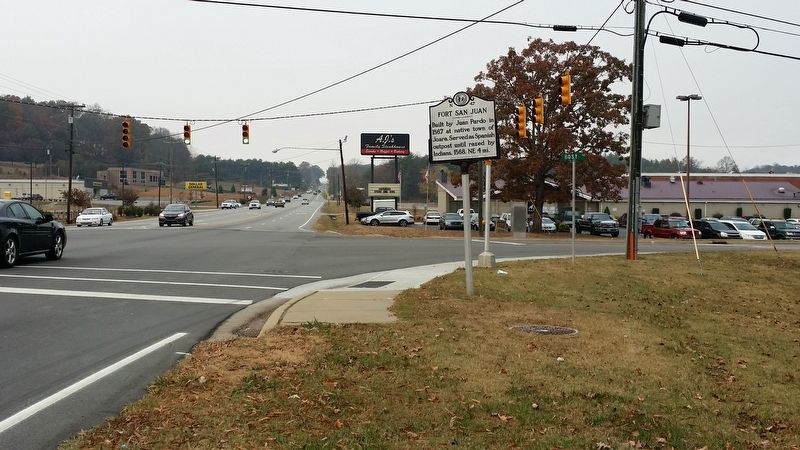 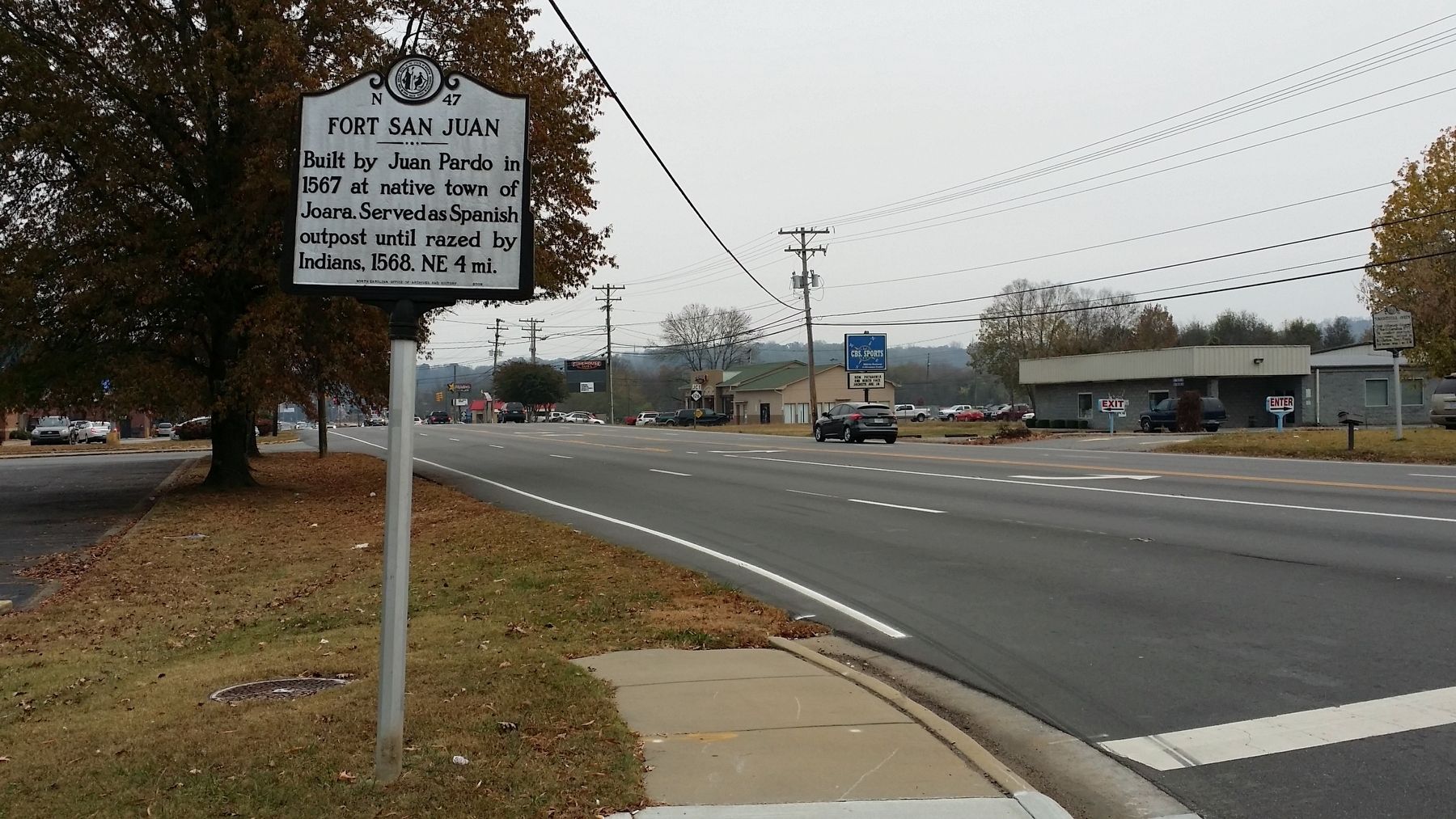