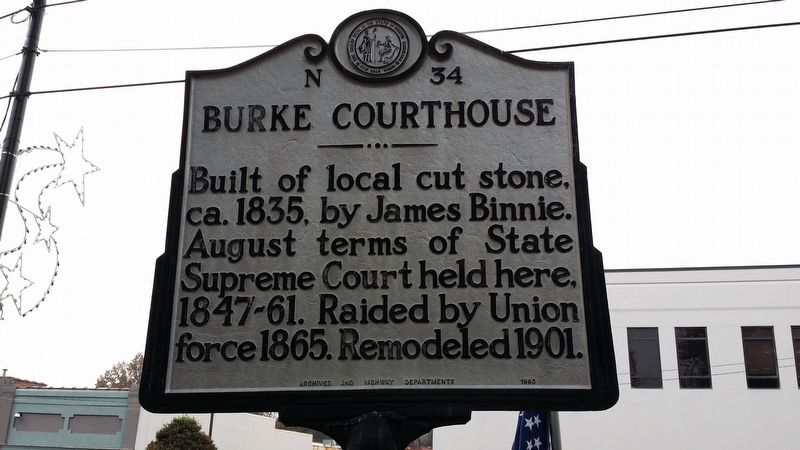 Topics and series. This historical marker is listed in these topic lists: Architecture • Government & Politics • War, US Civil. In addition, it is included in the North Carolina Division of Archives and History series list. A significant historical year for this entry is 1835. 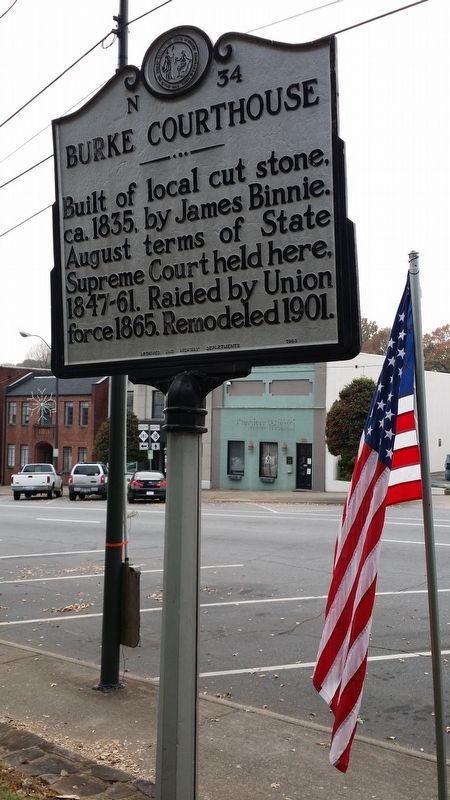 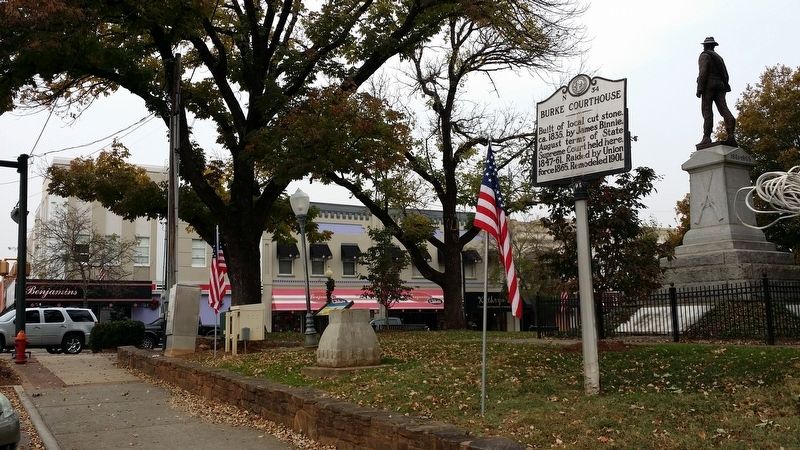 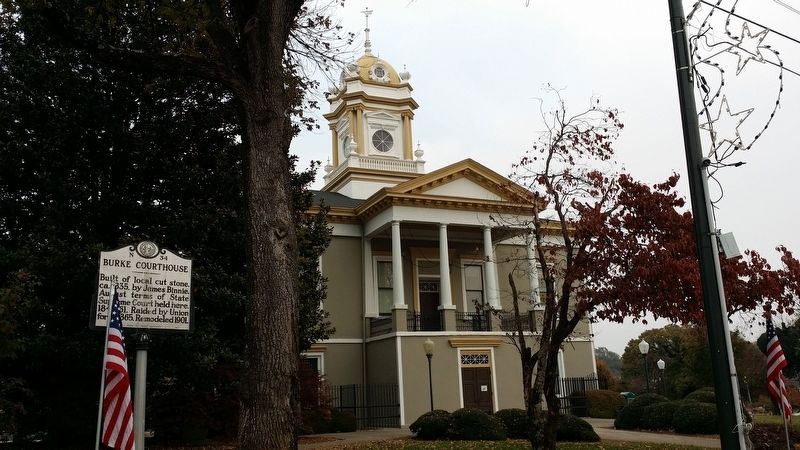 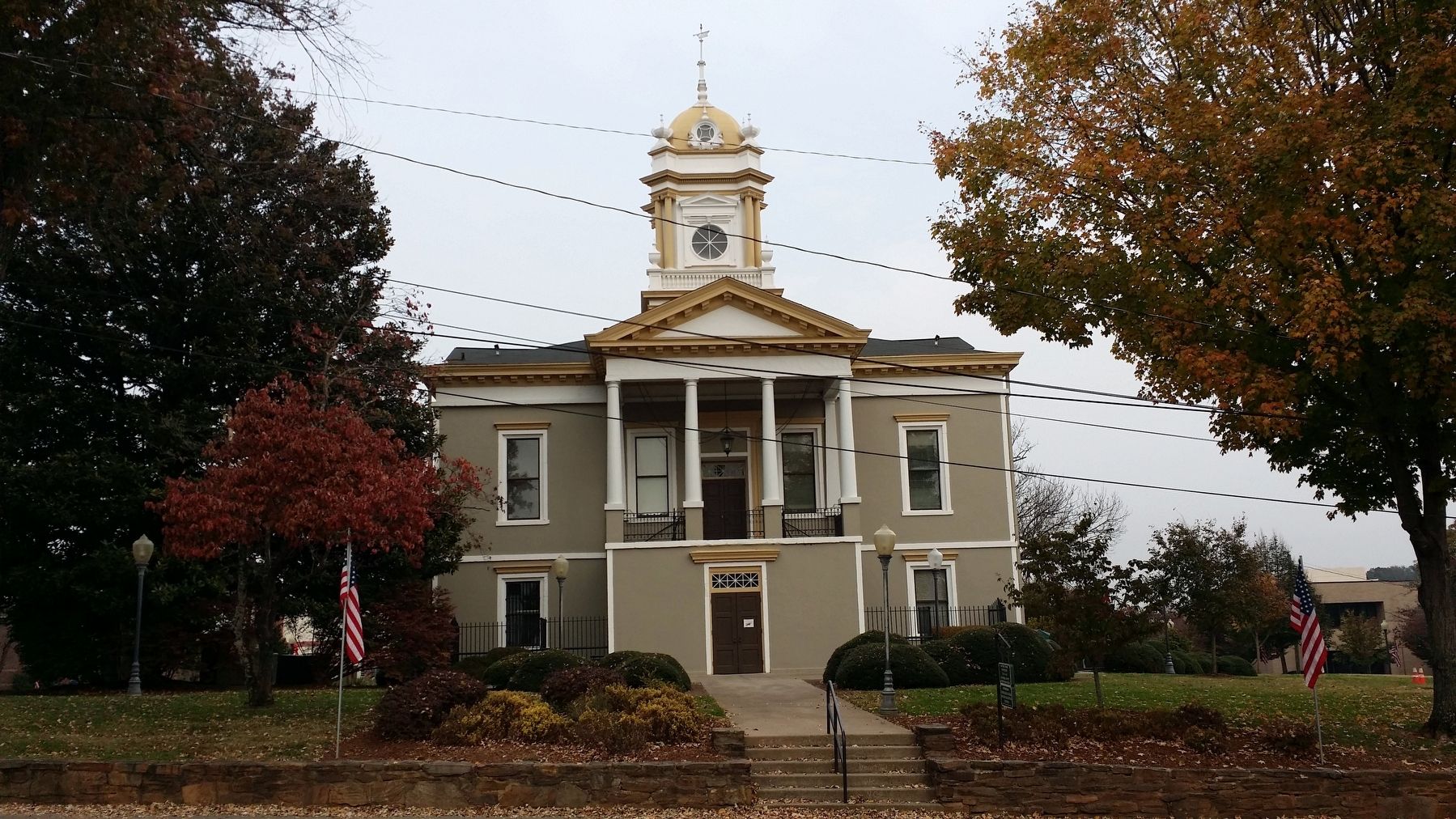 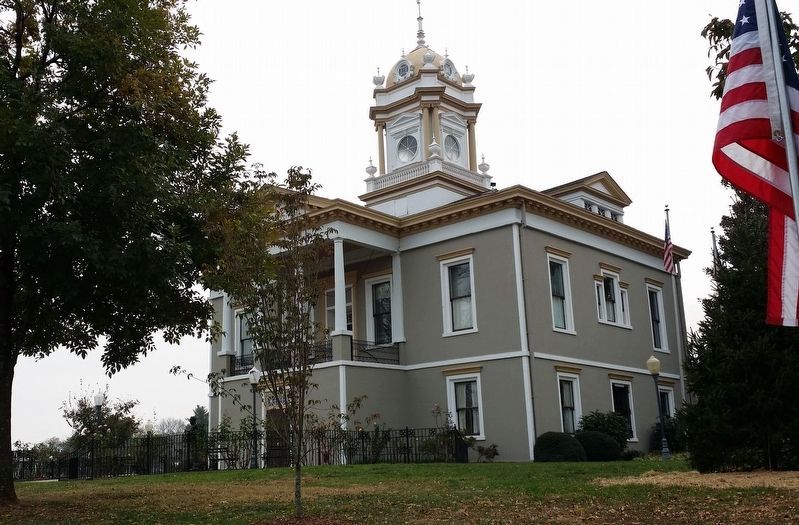 By Michael C. Wilcox, November 13, 2016
7. Photo & history from adjacent Morganton Civil War Trails marker
In 1837, builder James Binnie completed this stone courthouse to replace the first Burke County Courthouse, a wooden structure. From 1847 to 1862, this was the only courthouse outside Raleigh in which the North Carolina Supreme Court convened, to escape the summer heat. The exterior was stuccoed in 1885, and in 1903 architect Frank Milburn raised the porticoes and replaced the simple cupola depicted here with one in the Baroque style. In 1976, the county completed a new courthouse and moved from this building. The Old Burke County Courthouse was listed on the National Register of Historic Places in 1970. 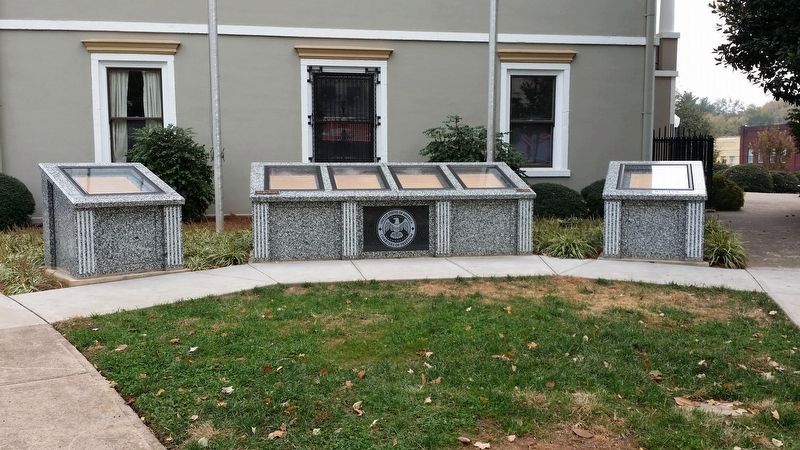