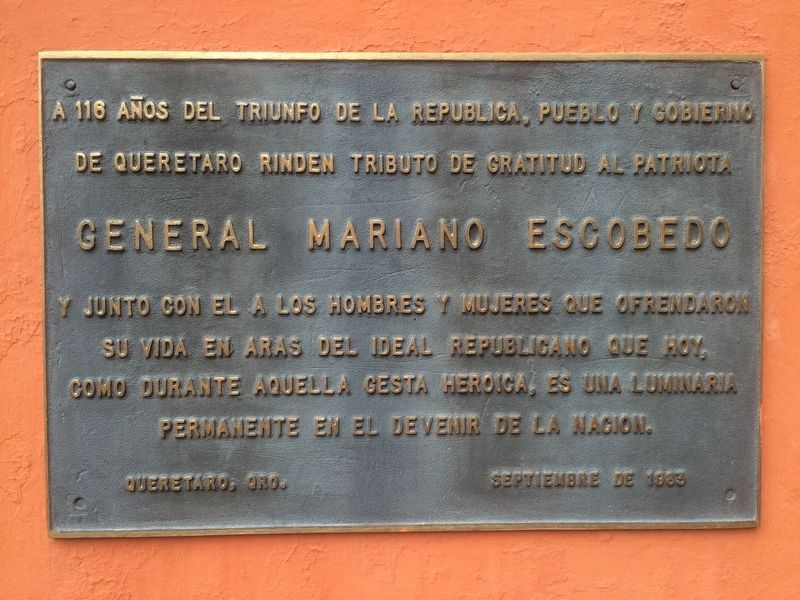 Photographed By J. Makali Bruton, September 27, 2016
1. General Mariano Escobedo Marker
Inscription.
English translation:
One hundred and sixteen years after the triumph of the Republic, the people and government of Querétaro pay a tribute of gratitude to the patriot General Mariano Escobedo and along with him the men and women who gave their lives to the republican ideal that today, as during that heroic movement, is a permanent light for the future of the nation. Querétaro, Qro., September 1983. . This memorial was erected in 1983. It is in Santiago de Querétaro in Querétaro Mexico