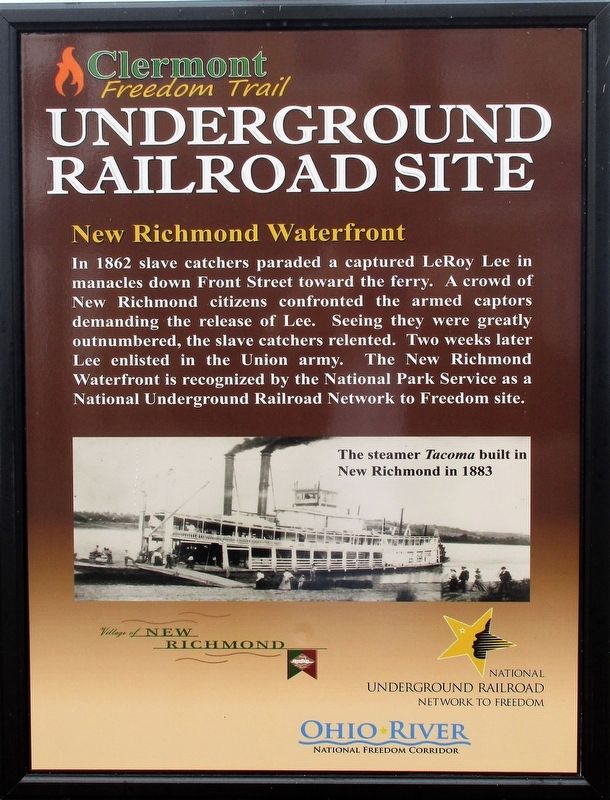 In 1862 slave catchers paraded a captured Leroy Lee in manacles down Front Street toward the river. A crowd of New Richmond citizens confronted the armed captors demanding the release of Lee. Seeing they were greatly outnumbered, the slave catchers relented. Two weeks later Lee enlisted in the Union army. The New Richmond Waterfront is recognized by the National Park Service as a National Underground Railroad Network to Freedom Site. (picture of steamboat “Tacoma” )

Topics and series. This historical marker is listed in these topic lists: Abolition & Underground RR • African Americans • War, US Civil • Waterways & Vessels. In addition, it is included in the National Underground Railroad Network to Freedom series list. A significant historical year for this entry is 1862. 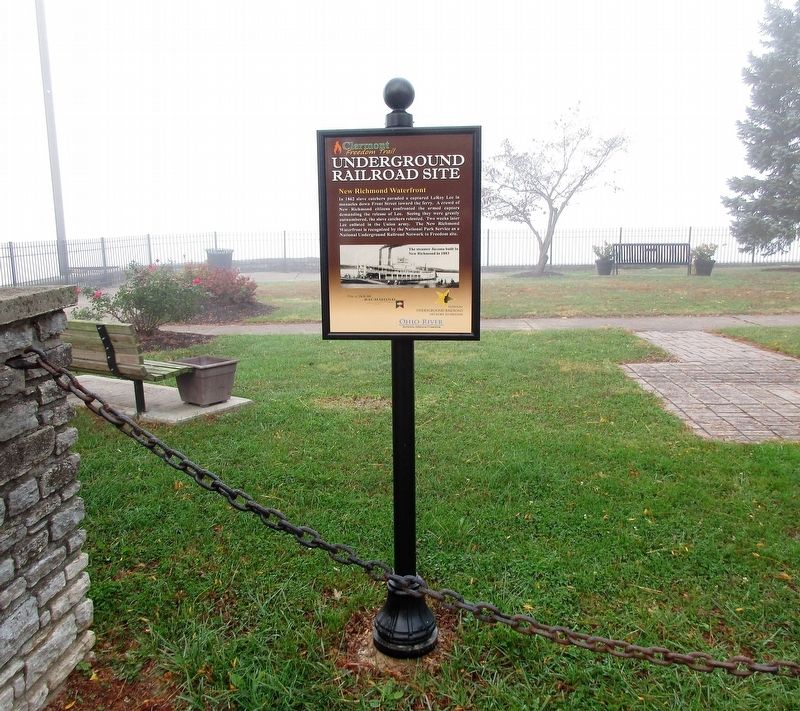 Click or scan to see
this page online
of Front Street and Walnut Street, on the right when traveling east on Front Street. Marker is in village park area on the riverfront. Touch for map. Marker is at or near this postal address: 217 Front St, New Richmond OH 45157, United States of America. Touch for directions.