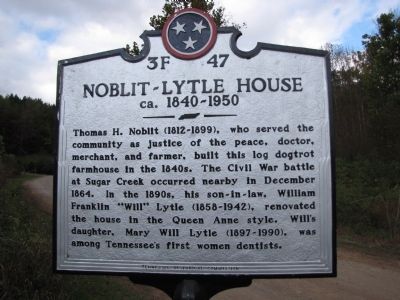 By Lee Hattabaugh, October 19, 2013
1. Noblit-Lytle House Marker
Inscription.
Noblit-Lytle House. ca. 1840 - 1950. Thomas H. Noblit (1812-1899), who served the community as justice of the peace, doctor, merchant, and farmer, built this log dogtrot farmhouse in the 1840s. The Civil War battle at Sugar Creek occurred nearby in December 1864. In the 1890s, his son-in-law, William Franklin "Will" Lytle (1858-1942), renovated the house in the Queen Anne style. Will's daughter, Mary Will Lytle (1897-1990), was among Tennessee's first women dentists. . This historical marker was erected by Tennessee Historical Commission. It is Near Minor Hill in Giles County Tennessee

Topics and series. This historical marker is listed in these topic lists: Man-Made Features • Science & Medicine • Settlements & Settlers • War, US Civil. In addition, it is included in the Tennessee Historical Commission series list. A significant historical month for this entry is December 1864.

Location. Marker has been reported missing. It was located near 35° 1.593′ N, 87° 12.54′ W. Marker was near Minor Hill, Tennessee, in Giles County. Marker was on Sugar Creek Road one mile west of Minor Hill Highway (Tennessee Route 11), on the left 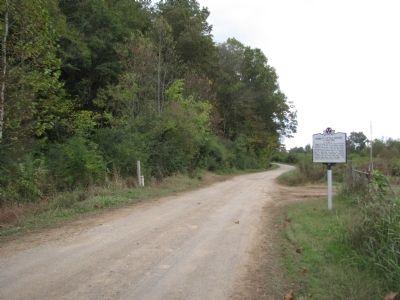 Click or scan to see
this page online
when traveling west. Touch for map. Marker was in this post office area: Minor Hill TN 38473, United States of America. Touch for directions.

Regarding Noblit-Lytle House. This marker is missing and the house has been torn down in the last six months.

Additional commentary.
1. Barnwood Builders
Barnwood Builders just aired an episode on the dismantling of the house for its log cabin structure: “Fancy Cabin Takedown in Minor Hill”. The segment did not mention where it will go.
— Submitted April 16, 2018, by Robert Henderson of Nashville, Tennessee. 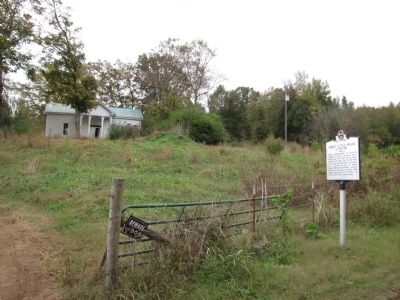 By Lee Hattabaugh, October 19, 2013
3. Noblit-Lytle House Marker
view of marker and the house 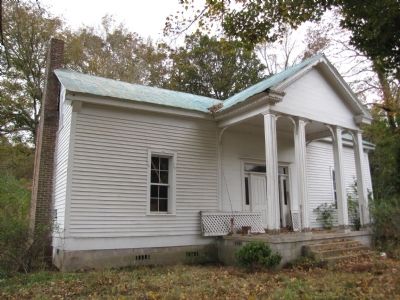 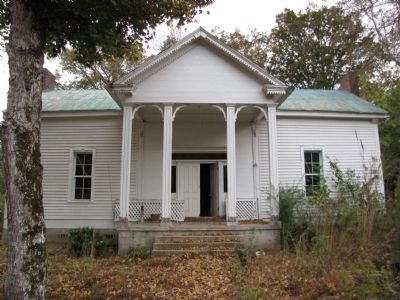 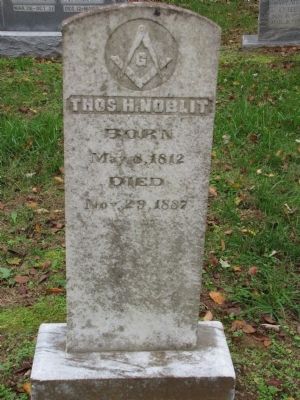 By Lee Hattabaugh, October 19, 2013
6. Thomas H Noblit grave
Noblit Cemetery, established in 1860, is adjacent to/just northwest of the house. Note that the death date for Thomas Noblit is different between the marker and his headstone. 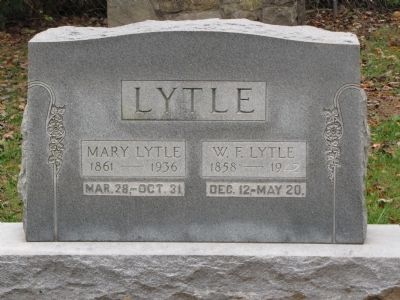 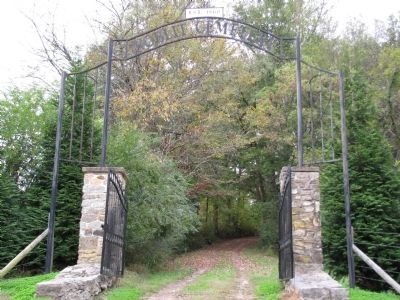 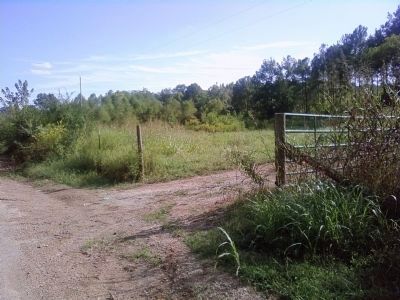