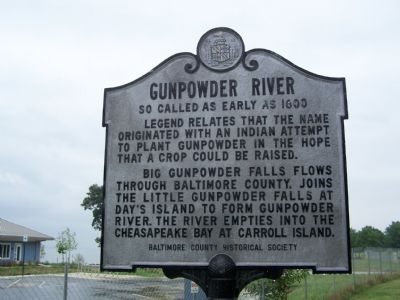 Legend relates that the name originated with an Indian attempt to plant gunpowder in the hope that a crop could be raised.

Location. 39° 21.863′ N, 76° 20.461′ W. Marker is in Middle River, Maryland, in Baltimore County. Marker can be reached from Grace's Quarter Road. Marker is in front of the bath house at Gunpowder Falls State Park. Touch for map. Marker is in this post office area: Middle River MD 21220, United States of America. Touch for directions.

Other nearby markers. At least 8 other markers are within 6 miles of this marker, measured as the crow flies. Gilmor's Raid (approx. 2.2 miles away); Rumsey Mansion (approx. 3 miles away); Joppa Town (approx. 3.1 miles away); 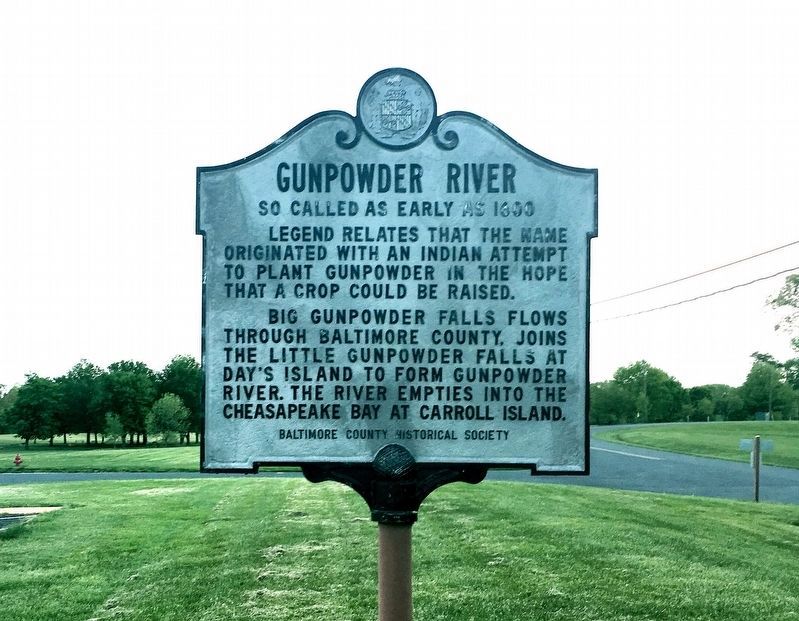