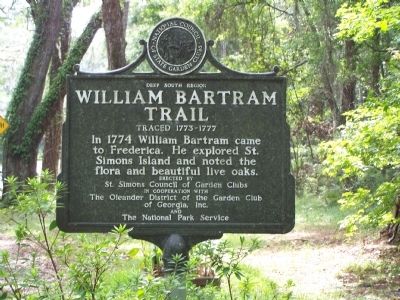 In 1774 William Bartram came to Frederica. He explored St. Simons Island and noted the flora and beautiful live oaks.

Erected by St. Simons Council of Garden Clubs in cooperation with the Oleander District of the Garden Club of Georgia , Inc. and the National Park Service.

Topics and series. This historical marker is listed in these topic lists: Colonial Era • Environment • Exploration • Horticulture & Forestry • Science & Medicine. In addition, it is included in the William Bartram Trails series list. A significant historical year for this entry is 1774.

Other nearby markers. At least 8 other markers are within walking distance of this marker. The Georgia Navy (here, next to this marker); St. Simons Island (a few steps from this marker); Reverends John & Charles Wesley / Wesley Memorial Garden 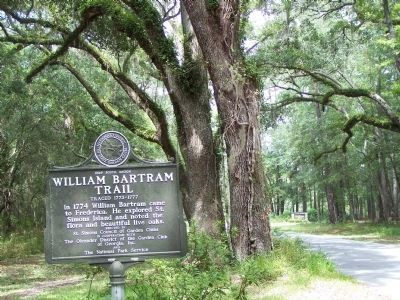 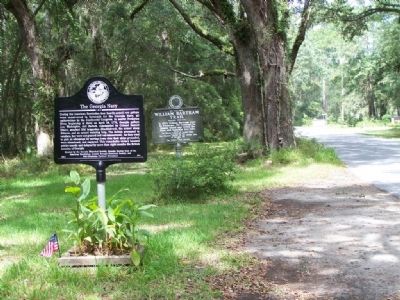 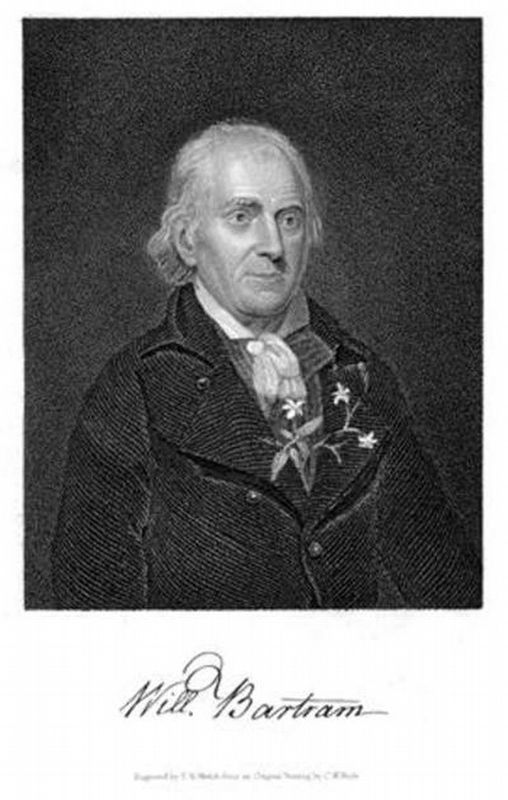