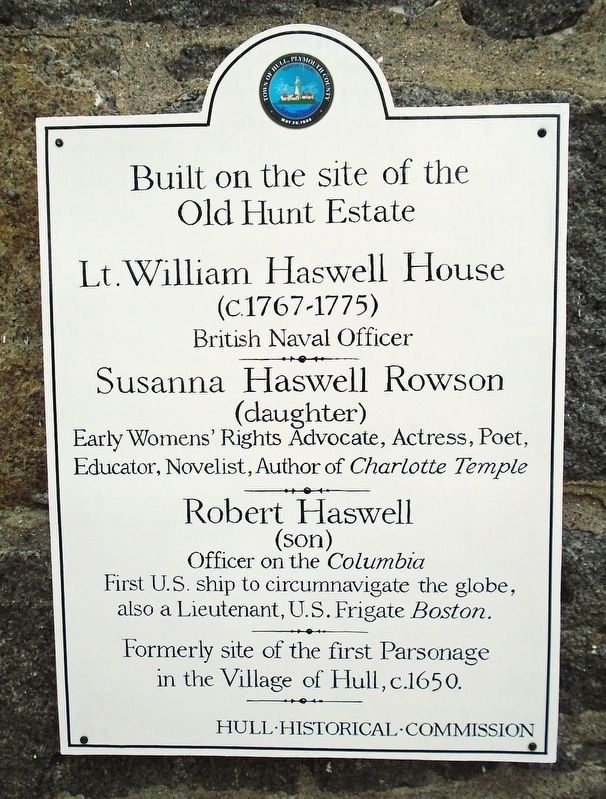 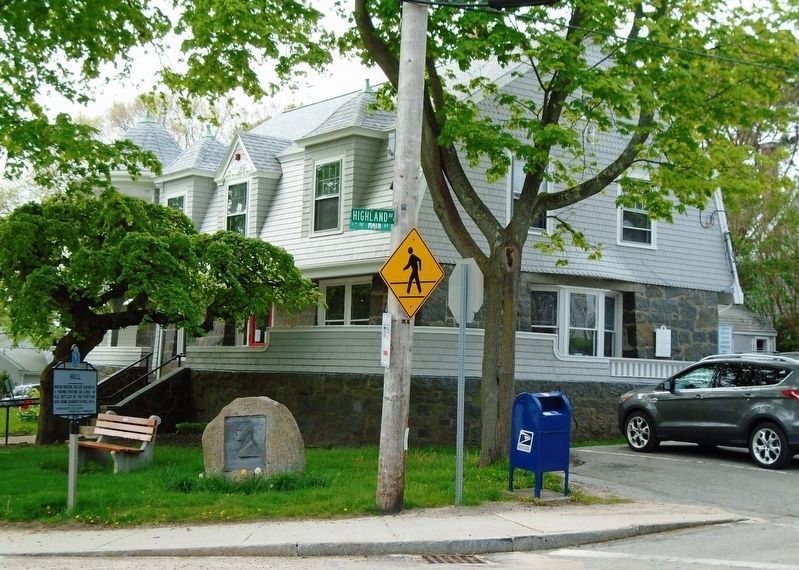 By William Fischer, Jr., May 19, 2018
2. Lt. William Haswell House Marker
On Hull Public Library wall, to right of bay window, above car
W. Marker is in Hull, Massachusetts, in Plymouth County. Marker is at the intersection of Main Street and Highland Avenue, on the right when traveling east on Main Street. Marker is on the Hull Library's NW elevation. Touch for map. Marker is at or near this postal address: 9 Main Street, Hull MA 02045, United States of America. Touch for directions.