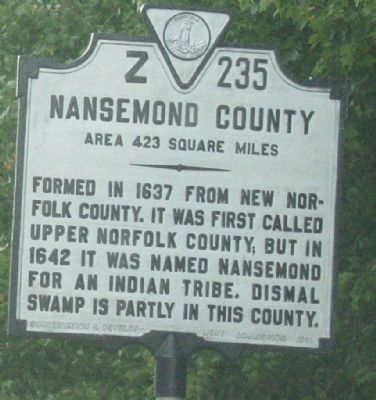 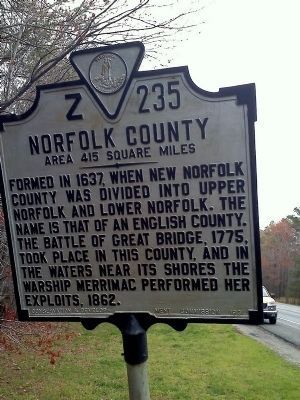 By James Thomson
2. Nansemond County / Norfolk County Marker
Norfolk County side of marker
traveling south. This marker could be seen on the highway just as you cross into Suffolk from Chesapeake. Located west of Hampton Roads Executive Airport between I 664 and Nansemond Parkway. Touch for map. Marker was in this post office area: Chesapeake VA 23321, United States of America. Touch for directions.

More about this marker. This marker is at the northern end of the Great Dismal Swamp.

Revision, June 6, 2018: As of a May 25, 2018 observation, marker number Z-235 Nansemond County/Norfolk County is missing. It was removed at some point between August 2017 (see Exhibit B) and the observation date. Evidently the marker was replaced with a different type of highway sign (see Exhibit A).

The Virginia Department of Historic Resources (DHR) could not attest to the marker’s reported status because its database indicated that Z-235 is still standing (see Exhibit E).

This marker, based on its number prefix of letter “Z”, was a jurisdictional one. All similar markers, according to DHR’s website, have a different inscription on each side. Typically placed at a county or state line, one side provides information about the jurisdiction being entered and the reverse tells about the one being left.

Although Z-235 held historical significance, the two counties described by it are now extinct. See the “Regarding Nansemond County/Norfolk County” section for when and why. The names of these counties are preserved, however, by other means, such as the Nansemond River, Nansemond Indians, and Norfolk County Historical Society of Chesapeake.

The “Editor’s Want List” for Z-235 had included a request for the marker’s exact GPS coordinates and clarification of its jurisdiction. See Exhibit E for GPS data from the DHR’s aerial shot and Exhibit A for proof that it did stand within the boundary sign for the City of Suffolk.

Regarding Nansemond County / Norfolk County. Nansemond County is an extinct Virginia county. The county became the independent city of Nansemond in July 1972 and in 1974 merged with the city of Suffolk. Suffolk was incorporated as a town in 1808, and as a city in 1910. 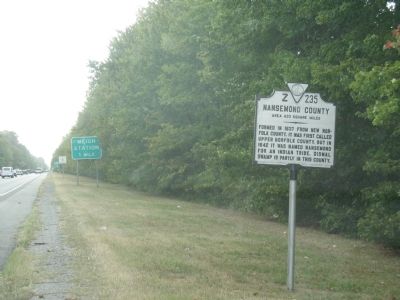 By Laura Troy, October 1, 2007
3. Nansemond County Marker
Click here for another marker that is related to this marker. 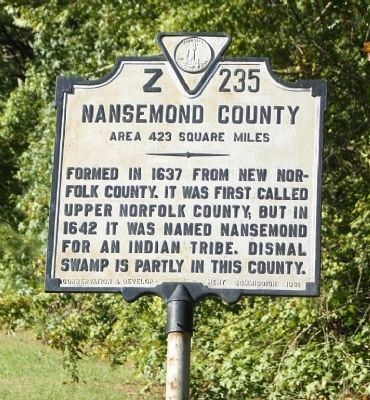 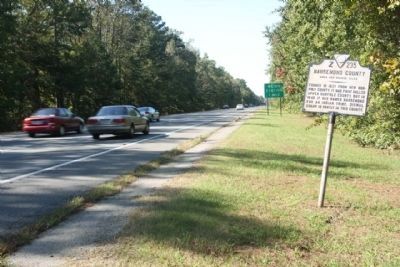 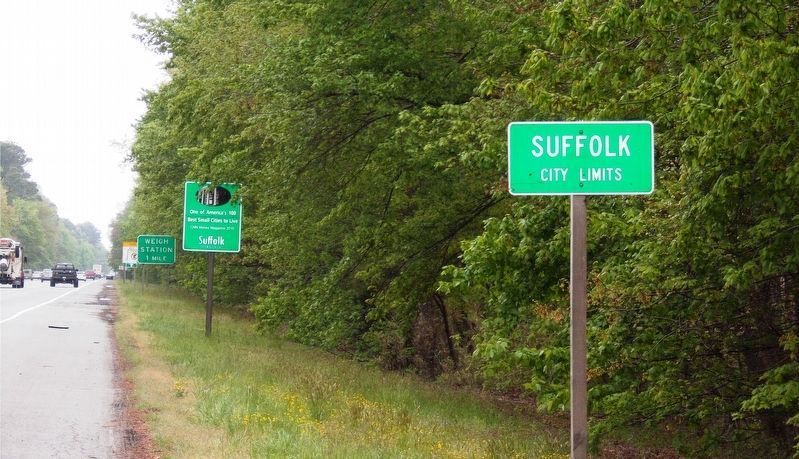 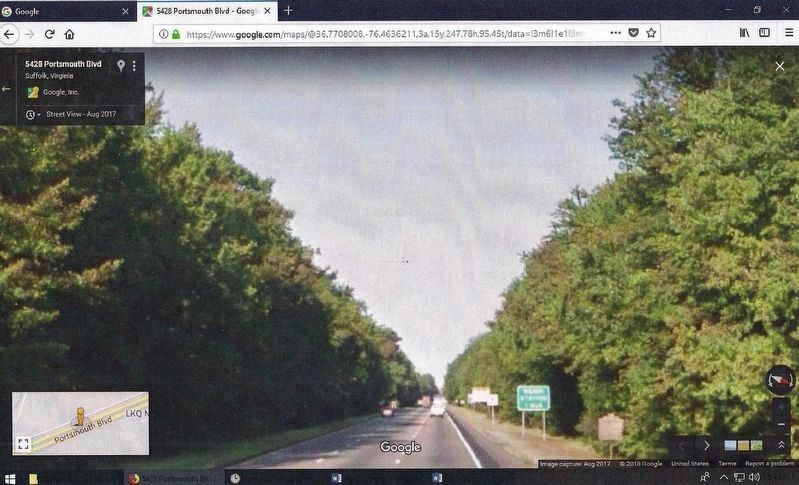 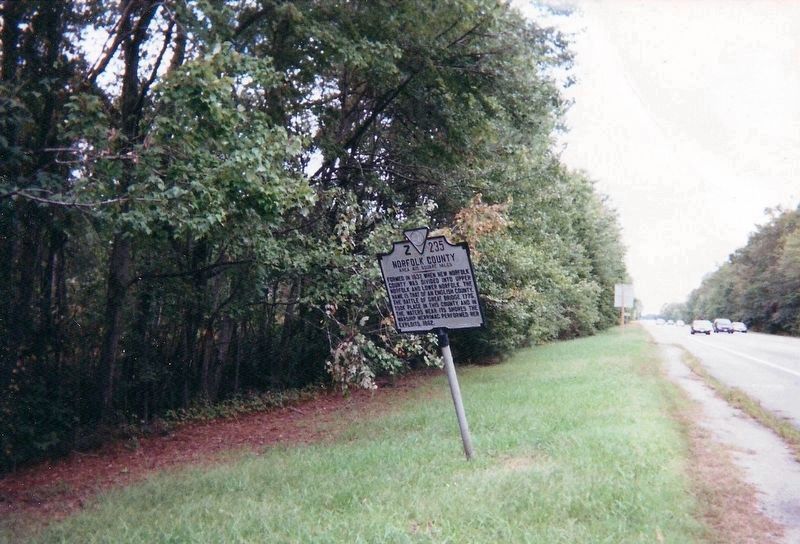 By Cynthia L. Clark, March 25, 2011
8. Exhibit C: Z-235 Nansemond County/Norfolk County Marker
Here the viewer is looking in a northeast angle along Portsmouth Boulevard (US 13/US 58) in Suffolk. Pictured in the far center background is the backside of a sign with a front that reads: “One of America’s 100 best small cities to live. CNN Money Magazine 2010. Suffolk, Virginia.” This sign now stands where Z-235 once stood. 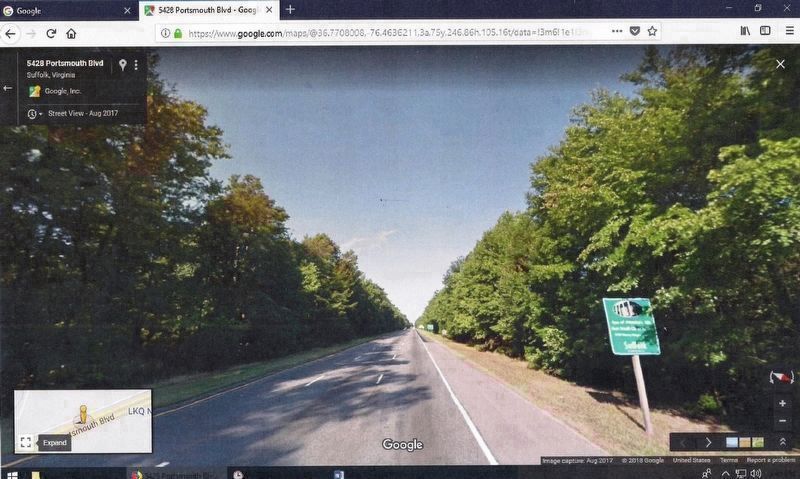 Courtesy of Google Earth Map, 2018
9. Exhibit D: 2017 Location of the Suffolk Promotional Sign.
In this August 2017 Google map image, the promotional sign about Suffolk is pictured first with Z-235 (second) and the weigh station sign(third) standing in the background. 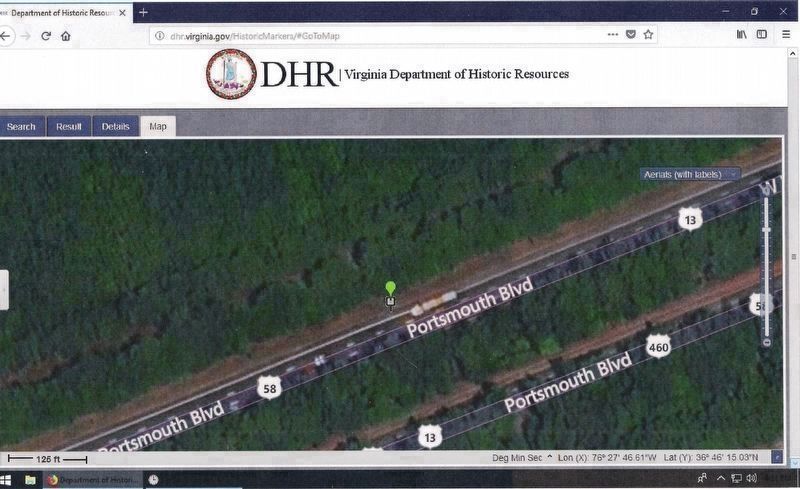 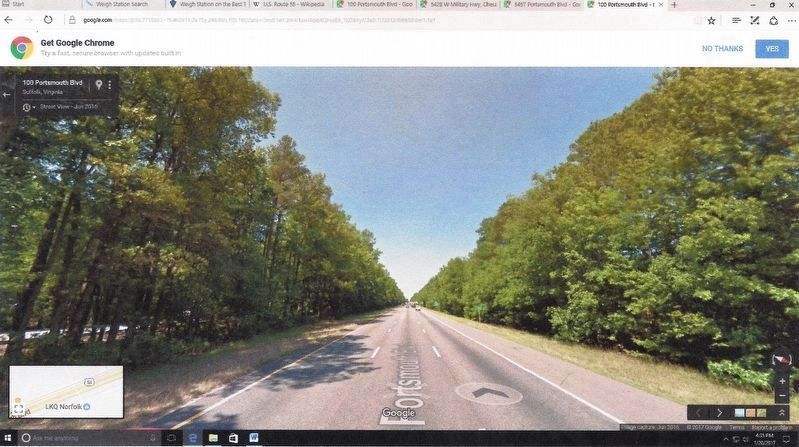