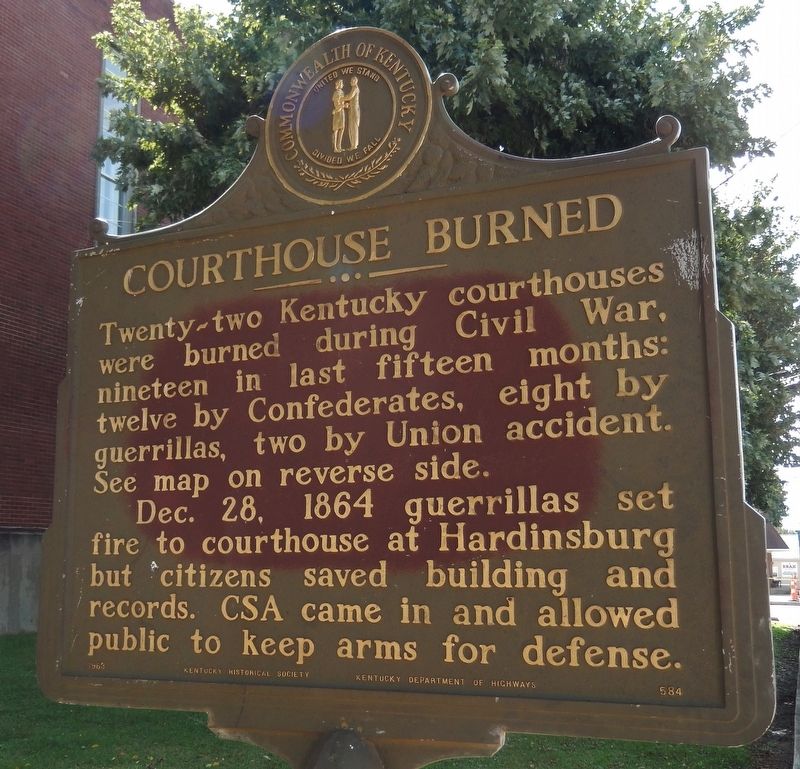 By Cosmos Mariner, September 17, 2017
1. Courthouse Burned Marker
Inscription.
Courthouse Burned. . Twenty-two Kentucky courthouses were burned during Civil War, nineteen in last fifteen months: twelve by Confederates, eight by guerrillas, two by Union accident. See map on reverse side. . . Dec. 28, 1864, guerrillas set fire to courthouse at Hardinsburg but citizens saved building and records. CSA came in and allowed public to keep arms for defense. . This historical marker was erected in 1963 by Kentucky Historical Society & Kentucky Department of Highways. It is in Hardinsburg in Breckinridge County Kentucky

Dec. 28, 1864, guerrillas set fire to courthouse at Hardinsburg but citizens saved building and records. CSA came in and allowed public to keep arms for defense.

Other nearby markers. At least 3 other markers are within 11 miles of this marker 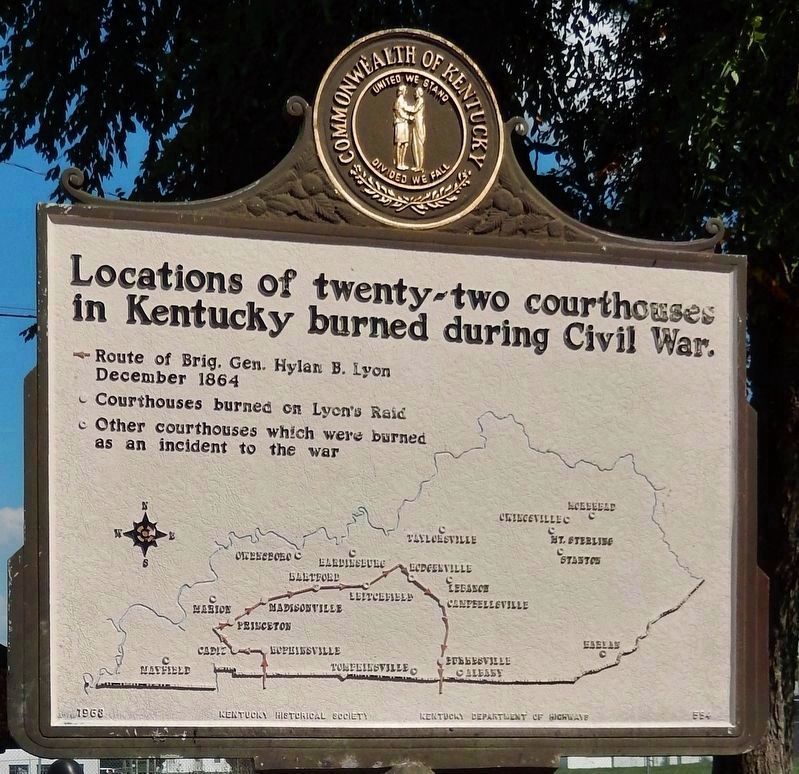 Also see . . .
1. Breckinridge County Courthouse History. The first courthouse was made of logs and erected in 1801. In 1868, the old courthouse was replaced by a new one. This one was built of brick which were burned on Mr. Hook’s farm. The brick kiln was located in the schoolhouse yard between the school building and Mr. Sherman Beauchamp’s home. Mr. Edgar Bennett of Basin Springs erected the building. The building stood the storms of time and answered well its purpose until it went up in flames February 7, 1958. The fire broke out in the extreme upper part of the building so all hands and the cook put forth every effort and succeeded in carrying to safety all of the early and valuable records of the county. (Submitted on July 6, 2018, by Cosmos Mariner of Cape Canaveral, Florida.)

2. Breckinridge County, Kentucky. During the American Civil War, raiding Kentucky Confederate cavalry burned the courthouse, as it was being used by Union troops as a barracks, though most of the records were saved. On March 12, 1865, Jerome Clarke, a well known Confederate guerrilla, claimed by some to have been Sue Munday, was captured near the Breckinridge–Meade County line. He was 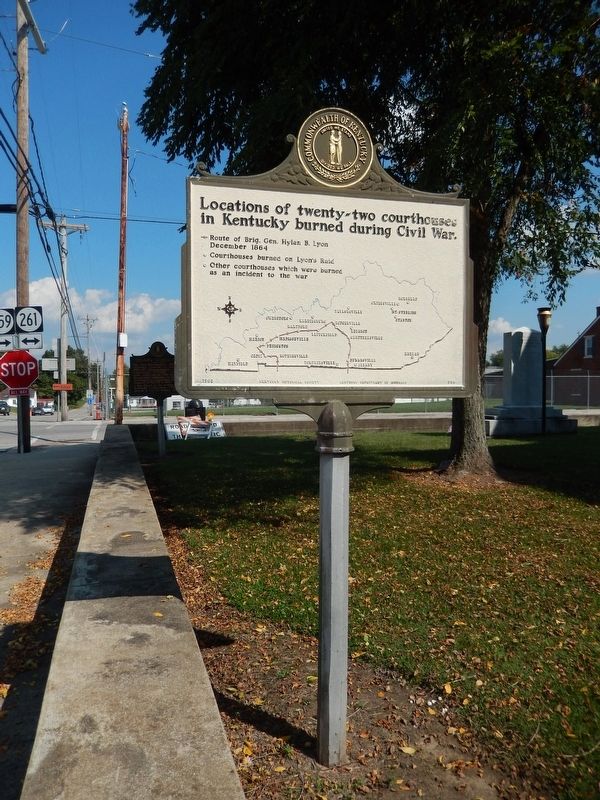 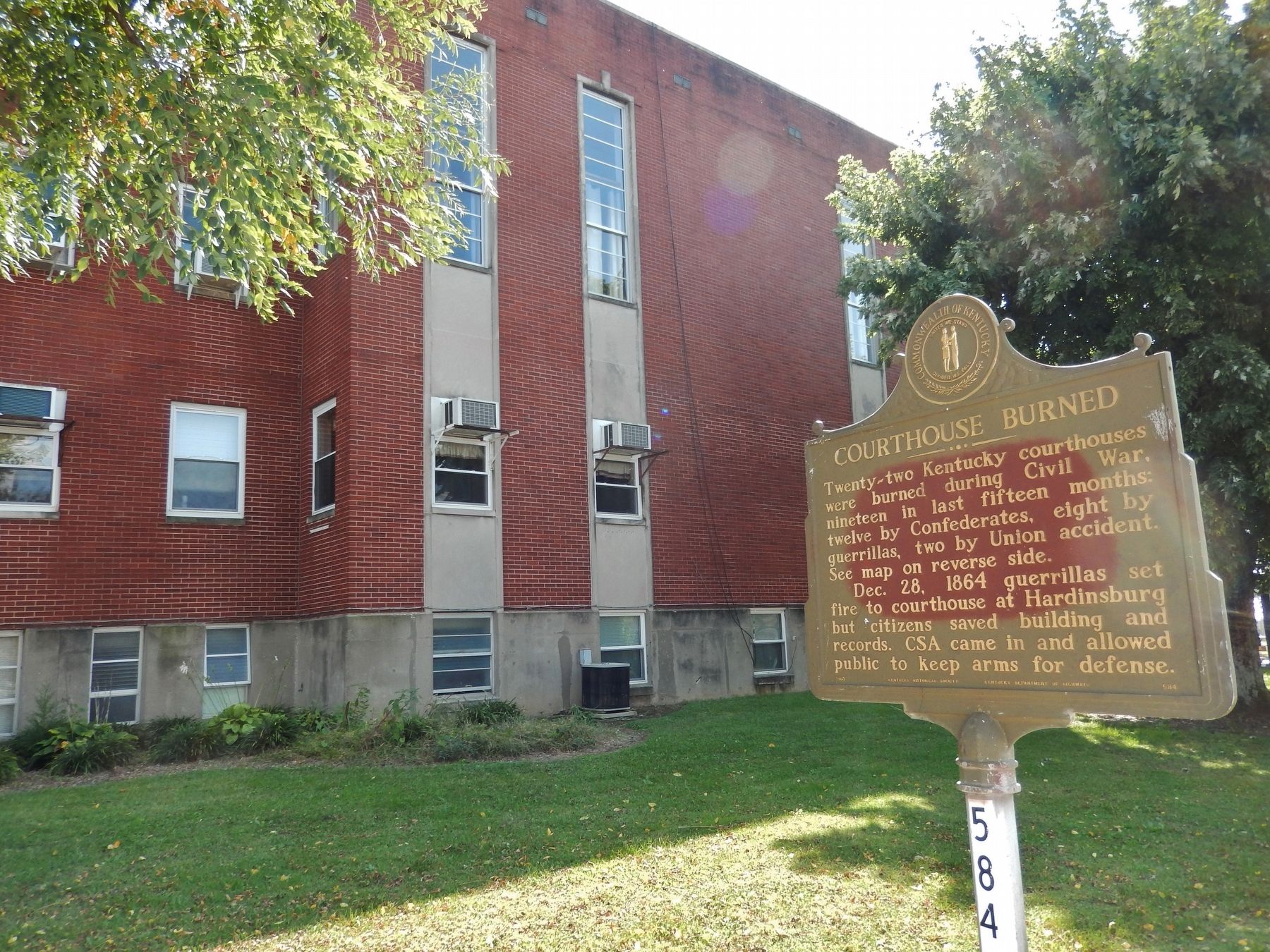 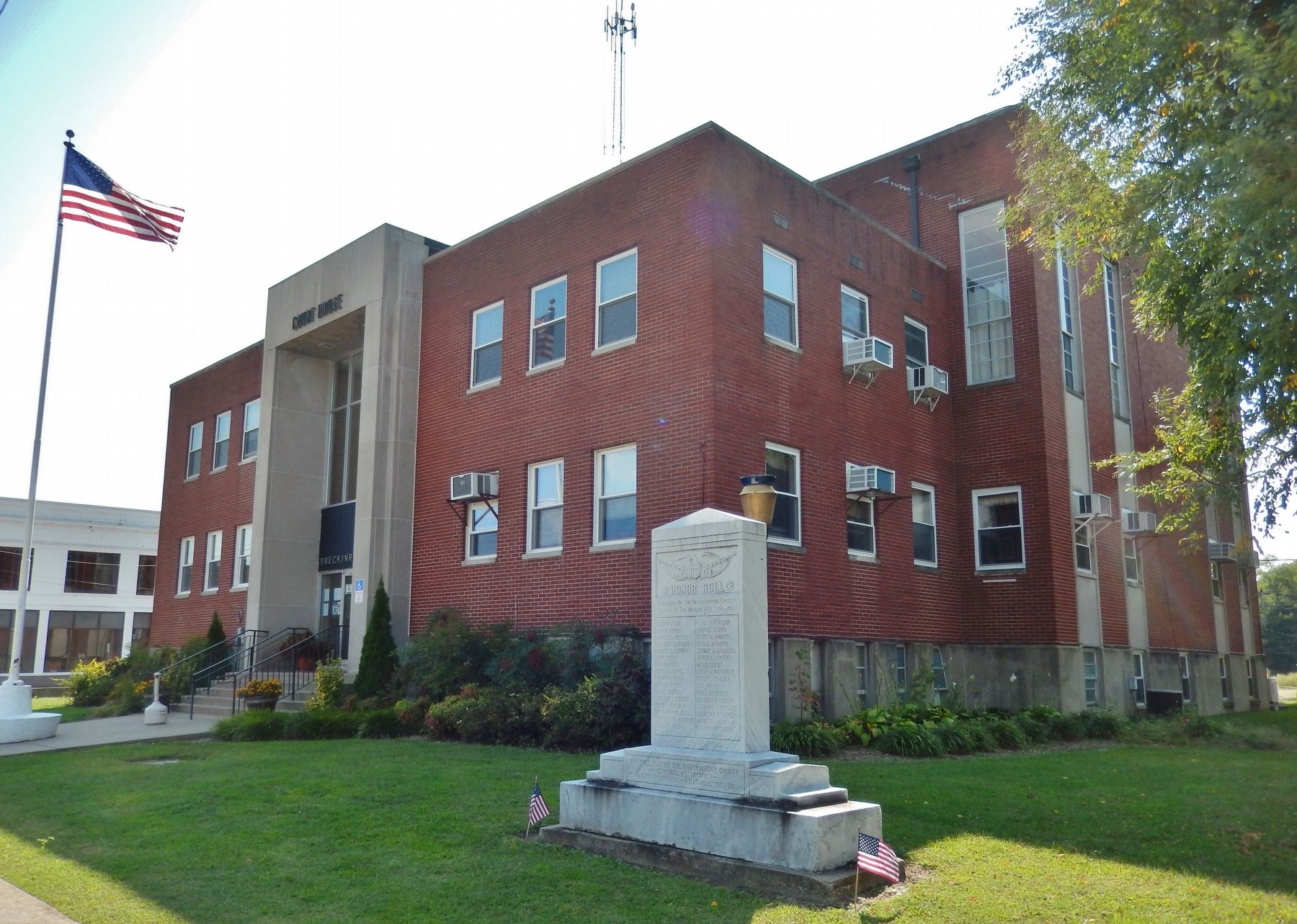