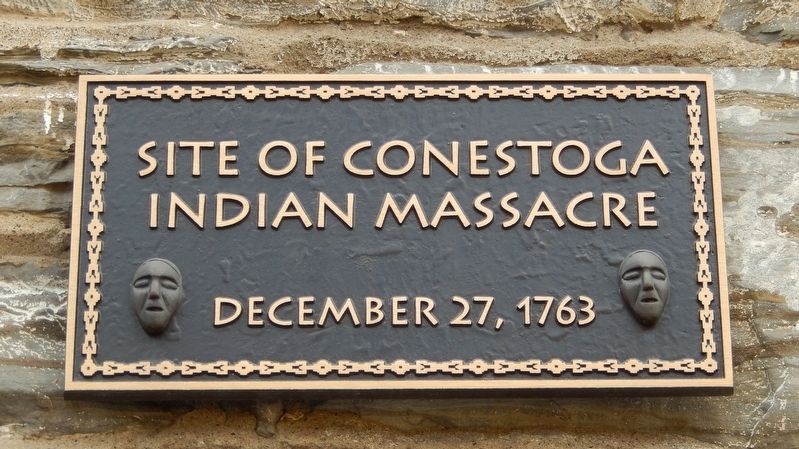 Topics. This historical marker is listed in these topic lists: Colonial Era • Native Americans • Wars, US Indian. A significant historical date for this entry is December 27, 1763.

Location. 40° 2.278′ N, 76° 18.507′ W. Marker is in Lancaster, Pennsylvania, in Lancaster County. Marker is on North Water Street north of West King Street, on the right when traveling north. Marker is mounted above eye-level on the back wall of the historic Fulton Theater, facing Water Street. Touch for map. Marker is at or near this postal address: 12 North Prince Street (backside of the building), Lancaster PA 17603, United States of America. Touch for directions. 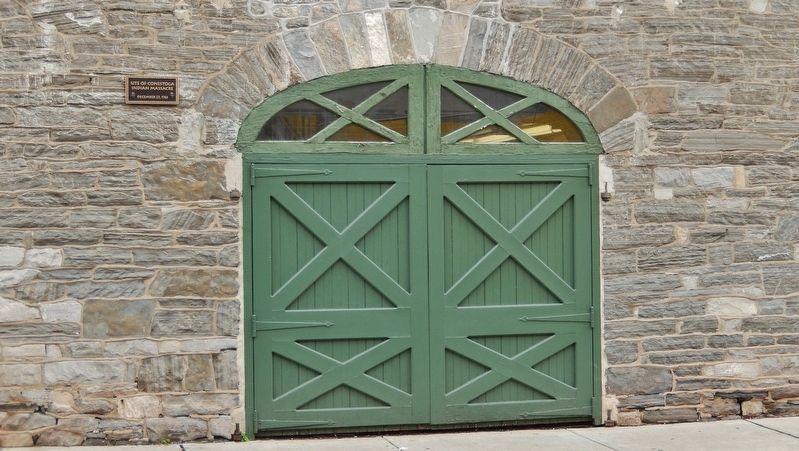 By Cosmos Mariner, August 13, 2018
2. Site of Conestoga Indian Massacre Marker (wide view; near door on back side Fulton Theater)

Click or scan to see
this page online
in a direct line); John F. Reynolds (about 300 feet away); The Steinman Hardware Building (about 500 feet away). Touch for a list and map of all markers in Lancaster.

More about this marker. This plaque marks the site of the Old Lancaster Jail, where the massacre occurred.

Related markers. Click here for a list of markers that are related to this marker. The Conestoga Indian Massacre of 1763

Also see . . .
1. Ethnic Cleansing in Pennsylvania: The 1763 Massacre of the Conestoga. The series of events that lead to the atrocity included rumors in the commonwealth in 1763 that local tribes were joining Chief Pontiac’s call to attack colonists. Supposedly in reaction to that rumor, a small group of Scotch-Irish men from Harrisburg, who came to be known as the Paxton Boys, rode to the Conestogas’ village near Lancaster and killed six men, and then burned their cabins on December 14, 1763. Lancaster authorities moved the 14 Conestoga survivors to a workhouse in the city for their protection. On December 27, the Paxton Boys followed them there and laid siege to the workhouse. The local sheriff got out of their way after being threatened and the Paxtons brutally slaughtered the 14 Conestoga men, women and children. (Submitted on August 13, 2018, by Cosmos Mariner of Cape Canaveral, Florida.)

2. Paxton Boys. The colonial government held an inquest and determined that the killings were murder. 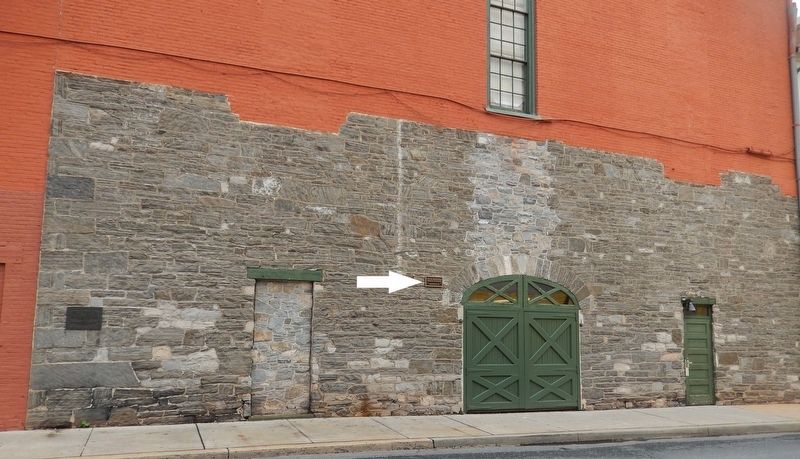