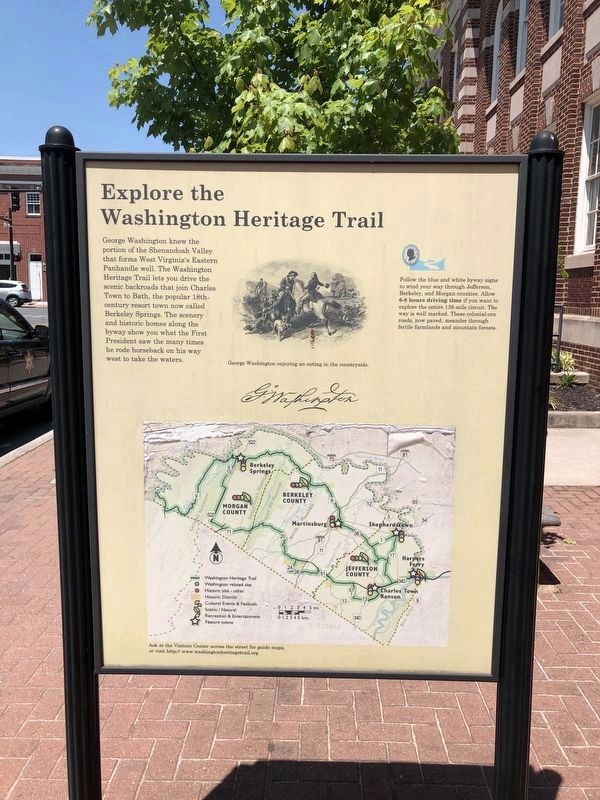 Explore the Washington Heritage Trail
George Washington knew the portion of the Shenandoah Valley that forms West Virginia's Eastern Panhandle well. The Washington Heritage Trail lets you drive the scenic backroads that join Charles Town to Bath, the popular 18th century resort town now called Berkeley Springs. The scenery and historic homes along the byway show you what the First President saw the many times he rode horseback on his way west to take the waters.

Follow the blue and white byway signs to wind your way through Jefferson, Berkeley, and Morgan counties. Allow 6-8 hours driving time if you want to explore the entire 138-mile circuit. The way is well marked. These colonial-era roads, now paved, meander through fertile farmlands and mountain forests.

Afoot in Historic Charles Town
The history of Charles Town is best explored by taking a walk. On these streets you can see sites that go back to the founding years of the Republic, as well as many homes that weathered the tumult of John Brown and the Civil War.
Walking tour pamplets are free at the Charles Town Visitors Center across the street. 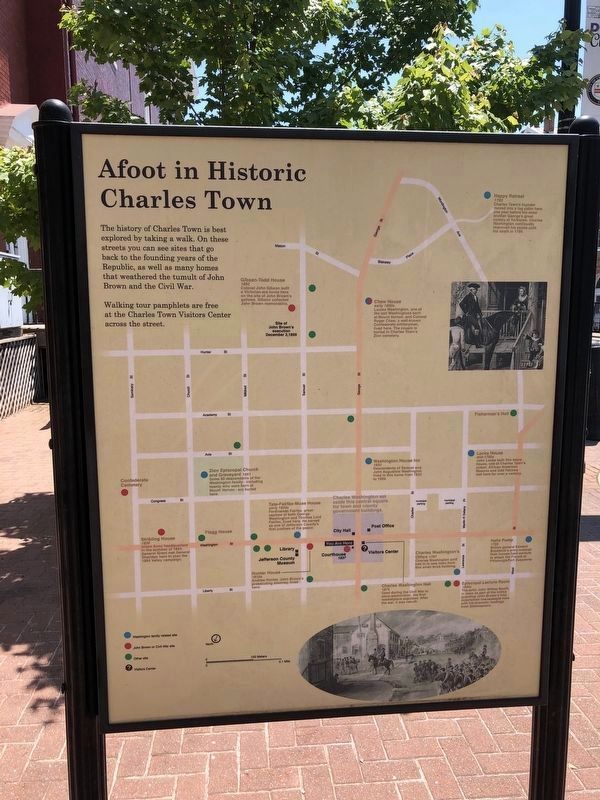 Photographed By Devry Becker Jones, May 21, 2021
2. Afoot in Historic Charles Town side of the marker


Topics and series. This historical marker is listed in these topic lists: Abolition & Underground RR • Colonial Era • Roads & Vehicles • War, US Civil. In addition, it is included in the Former U.S. Presidents: #01 George Washington, and the West Virginia, Washington Heritage Trail series lists. 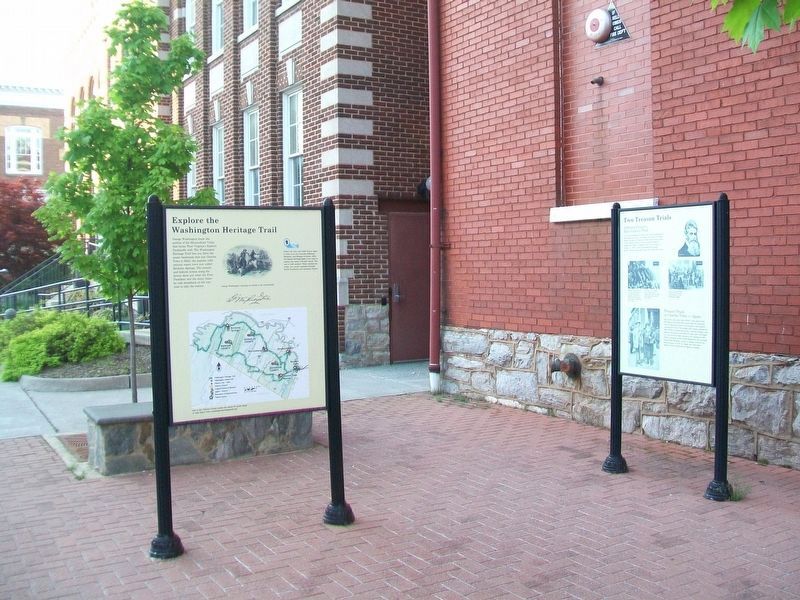 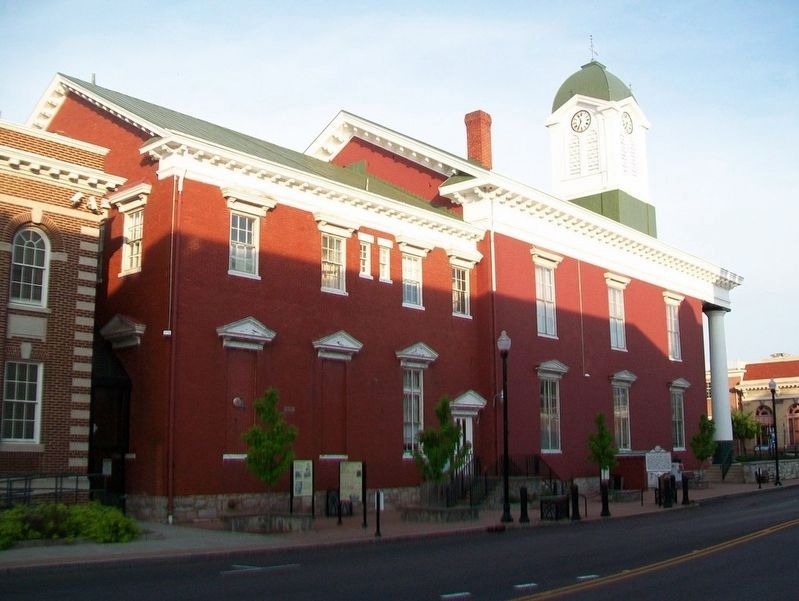 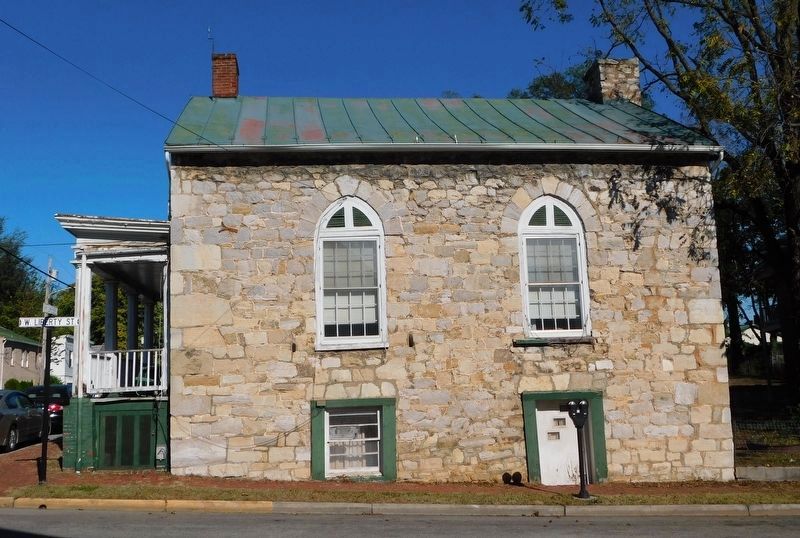 Photographed By Bradley Owen, October 19, 2017
5. Episcopal Lecture Room
Located at the northeast corner of Liberty and Lawrence Streets, the Episcopal Lecture Room was built between 1833 and 1839 and was originally used as a church. During the John Brown trial, John Wilkes Booth entertained townspeople with dramatic readings in this building. 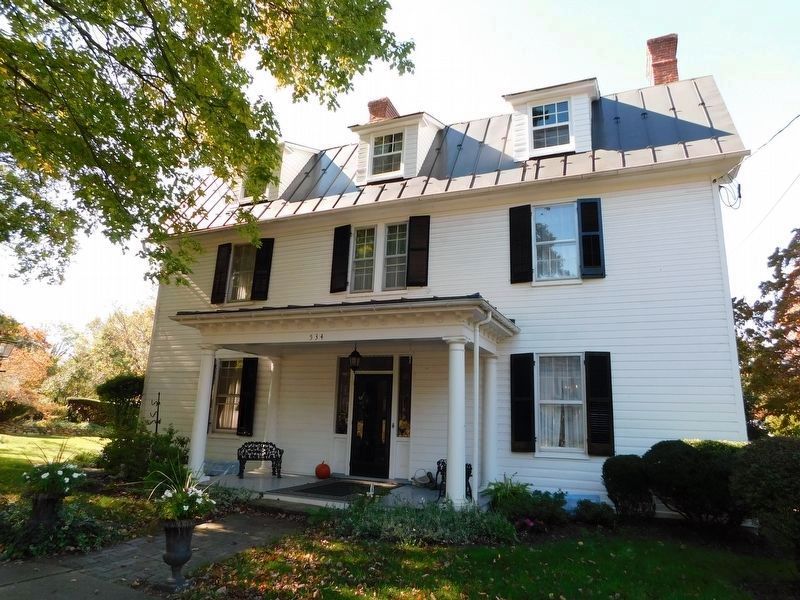 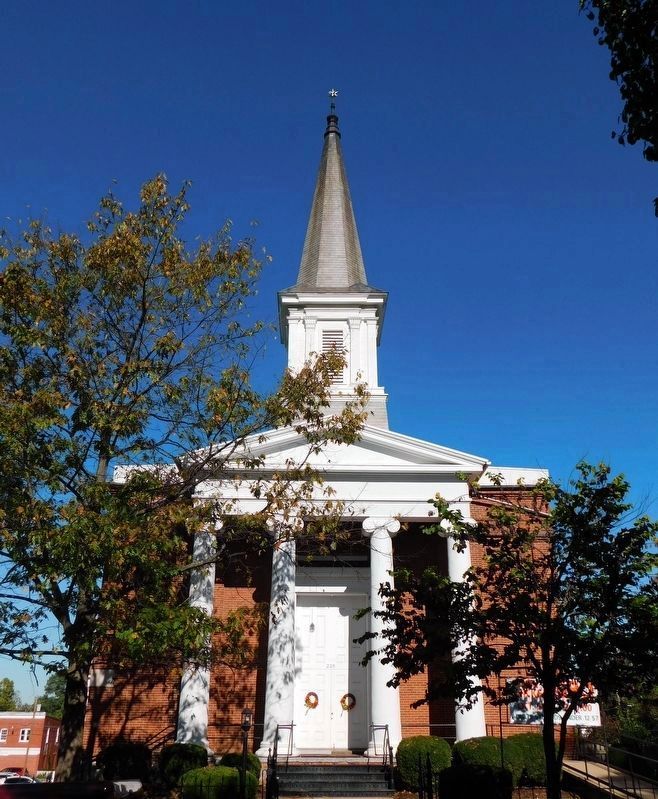 Photographed By Bradley Owen, October 19, 2017
7. The Presbyterian Church
Built in 1851 and located at 220 East Washington Street, the Presbyterian Church served as a hospital for both Union and Confederate troops and thus became the only church in town not damaged by the Civil War.
Credits. This page was last revised on May 21, 2021. It was originally submitted on October 17, 2008, by Bill Pfingsten of Bel Air, Maryland. This page has been viewed 1,463 times since then and 59 times this year. Photos:   1, 2. submitted on May 21, 2021, by Devry Becker Jones of Washington, District of Columbia.   3, 4. submitted on May 16, 2017, by William Fischer, Jr. of Scranton, Pennsylvania.   5, 6, 7. submitted on April 9, 2021, by Bradley Owen of Morgantown, West Virginia.
Share this page.