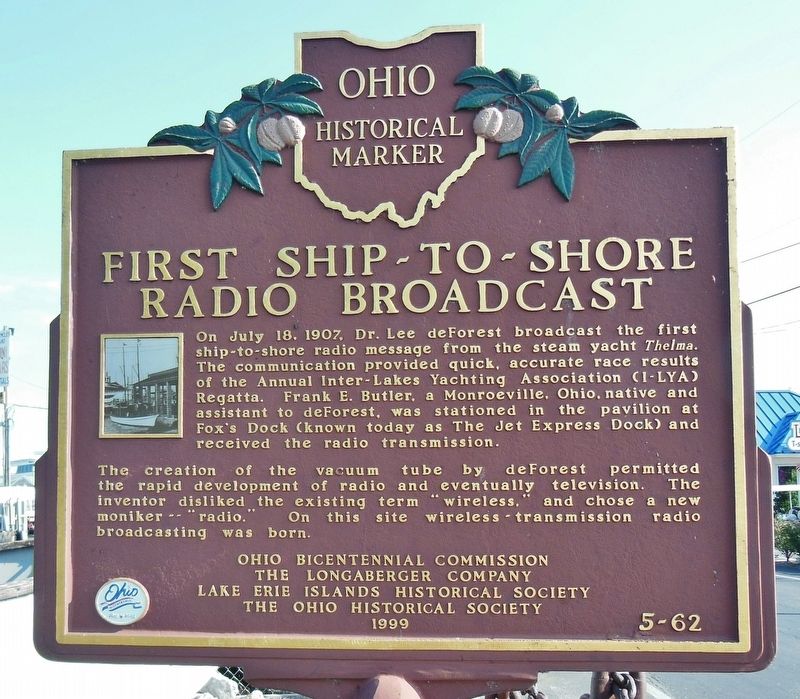 By Cosmos Mariner, August 23, 2013
1. First Ship-To-Shore Radio Broadcast Marker
Inscription.
First Ship-To-Shore Radio Broadcast. . On July 18, 1907, Dr. Lee deForest broadcast the first ship-to-shore radio message from the steam yacht Thelma. The communication provided quick, accurate race results of the Annual Inter-Lakes Yachting Association (I-LYA) Regatta. Frank E. Butler, a Monroeville, Ohio, native and assistant to deForest, was stationed in the pavilion at Fox's Dock (known today as The Jet Express Dock) and received the radio transmission. . . The creation of the vacuum tube by deForest permitted the rapid development of radio and eventually television. The inventor disliked the existing term “wireless,” and chose a new moniker – “radio.” On this site wireless-transmission radio broadcasting was born. . This historical marker was erected in 1999 by Ohio Bicentennial Commission, The Longaberger Company, Lake Erie Islands Historical Society, and the Ohio Historical Society. It is in Put-in-Bay in Ottawa County Ohio

The creation of the vacuum tube by deForest permitted the rapid development of radio and eventually television. The inventor disliked the existing term “wireless,” and chose a new moniker – “radio.” On this site wireless-transmission radio broadcasting was born.

Topics and series. This historical marker is listed in these topic lists: Communications • Notable Events 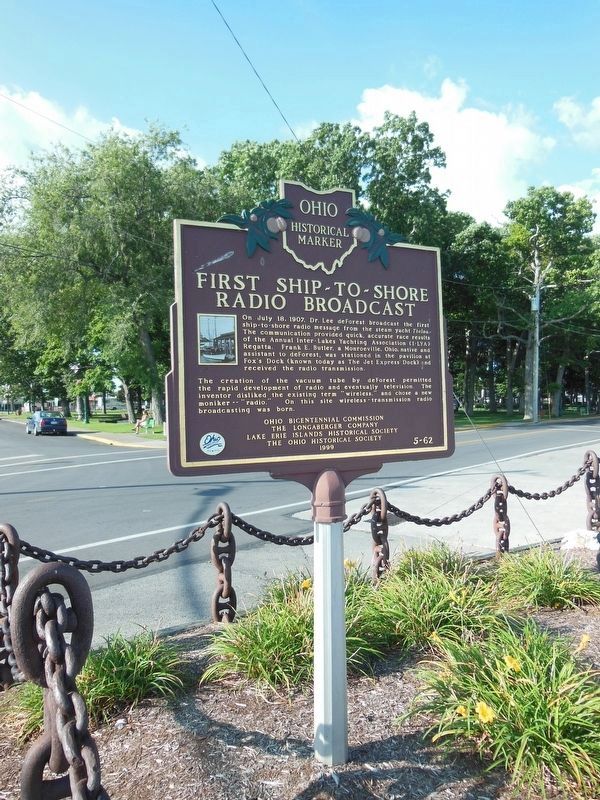 Location. 41° 39.248′ N, 82° 48.951′ W. Marker is in Put-in-Bay, Ohio, in Ottawa County. Marker is at the intersection of Bayview Avenue (Ohio Route 357) and East Bayview Drive, on the left when traveling east on Bayview Avenue. Marker is located near the crosswalk, beside the Put-in-Bay boat ramp and dock. Touch for map. Marker is at or near this postal address: 207 Hartford Avenue, Put in Bay OH 43456, United States of America. Touch for directions. 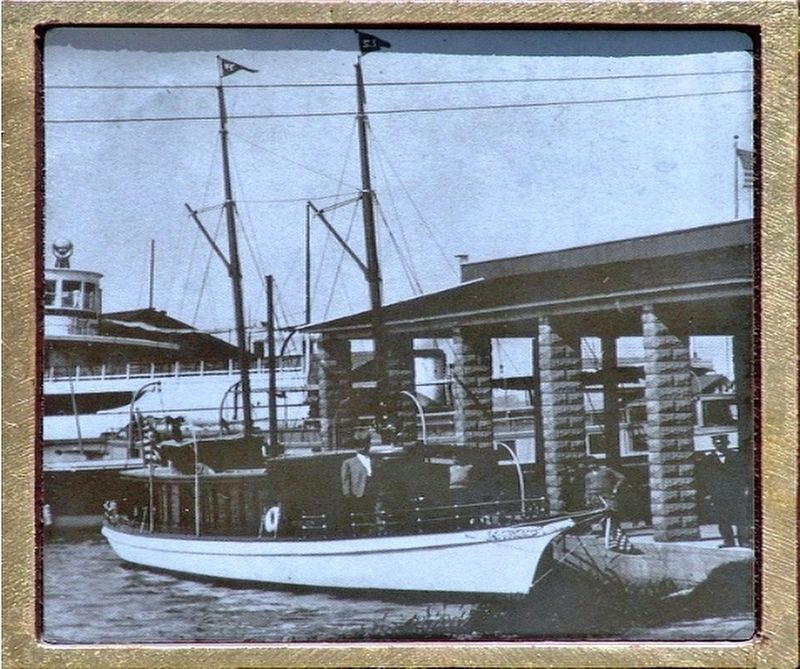 By Cosmos Mariner, August 23, 2013
3. Marker inset photo: Steam Yacht, circa early 1900s
in college De Forest tried to earn money by inventing things he might sell or enter in contests, but none were great successes. After receiving a PhD from Yale in 1899 with a dissertation on radio waves, "Reflection of Hertzian Waves from the Ends of Parallel Wires," he was hired by Western Electric, where he devised dynamos, telephone equipment, and early radio gear. In the prospectus for his second try at business, De Forest Radio Telephone Company in 1907, he envisioned using radio (a term he coined) to broadcast church meetings, lectures, even opera performances into people's homes. (Submitted on November 12, 2018, by Cosmos Mariner of Cape Canaveral, Florida.)

2. Lee de Forest. American inventor of the Audion vacuum tube, which made possible live radio broadcasting and became the key component of all radio, telephone, radar, television, and computer systems before the invention of the transistor in 1947. Although de Forest was bitter over the financial exploitation of his inventions by others, he was widely honored as the “father of radio” and the “grandfather of television.” He was supported strongly but unsuccessfully for the Nobel Prize for Physics. (Submitted on November 12, 2018, by Cosmos Mariner of Cape Canaveral, Florida.) 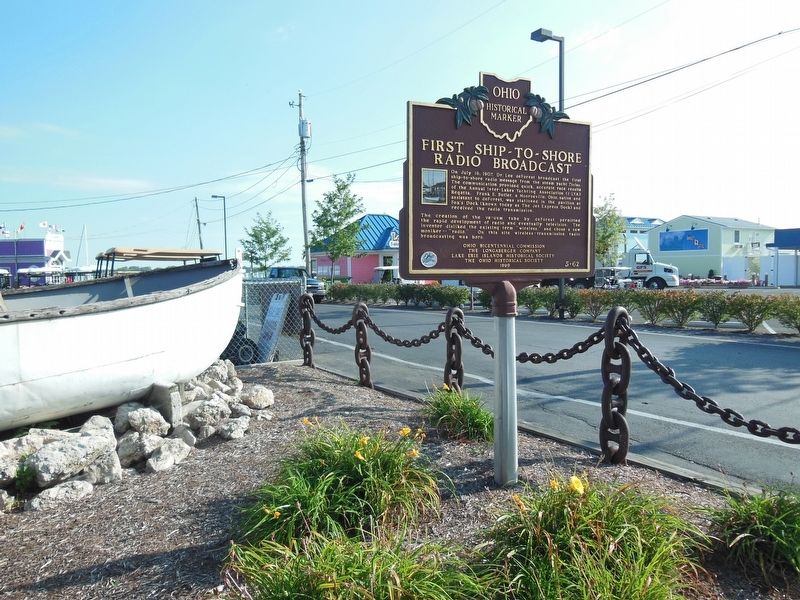