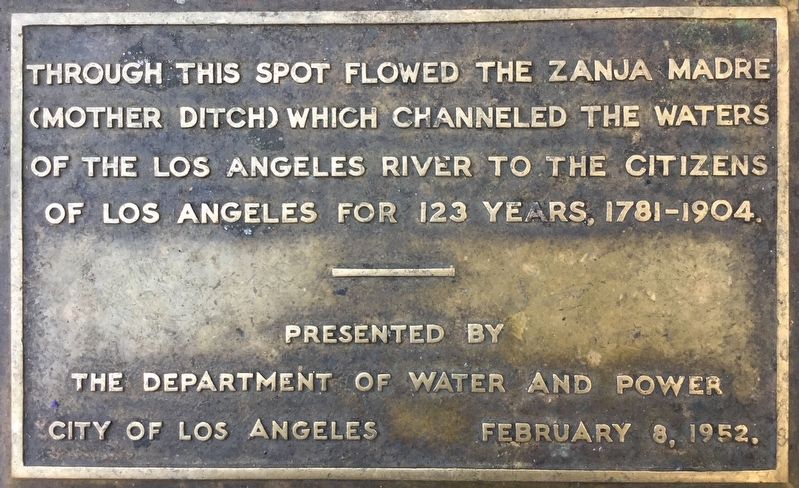 Through this spot flowed the Zanja Madre (Mother Ditch) which channeled the waters of the Los Angeles River to the citizens of Los Angeles for 123 years, 1781-1904.

Location. 34° 3.461′ N, 118° 14.263′ W. Marker is in Los Angeles, California, in Los Angeles County. Marker can be reached from Olvera Street south of Cesar E Chavez Avenue, on the left when traveling south. Touch for map. Marker is at or near this postal address: 4 Olvera St # C, Los Angeles CA 90012, United States of America. Touch for directions. 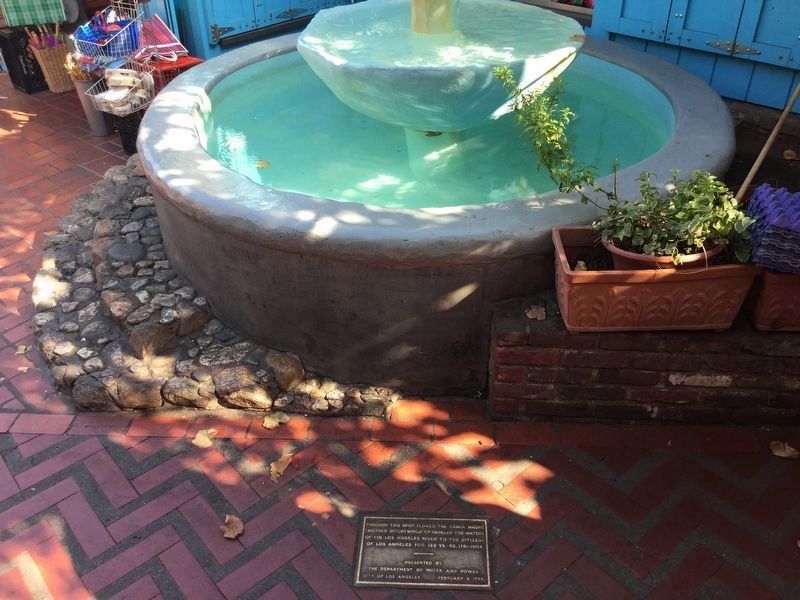 Regarding Zanja Madre. The Zanja Madre was the original earthen-walled ditch that carried water to the plaza of El Pueblo de Los Angeles. The Spanish-Colonial settlers and local Native Americans constructed it. The system of ditches grew to nearly 50 miles in length, later being enclosed in brick to improve sanitation and reduce evaporation. By the early 1900s, Los Angeles had outgrown its zanjas, and began importing water from the Owens Valley.
Credits. This page was last revised on December 21, 2020. It was originally submitted on May 4, 2019, by Craig Baker of Sylmar, California. This page has been viewed 171 times since then and 59 times this year. Photos:   1, 2. submitted on May 4, 2019, by Craig Baker of Sylmar, California. • Andrew Ruppenstein was the editor who published this page.
Share this page.