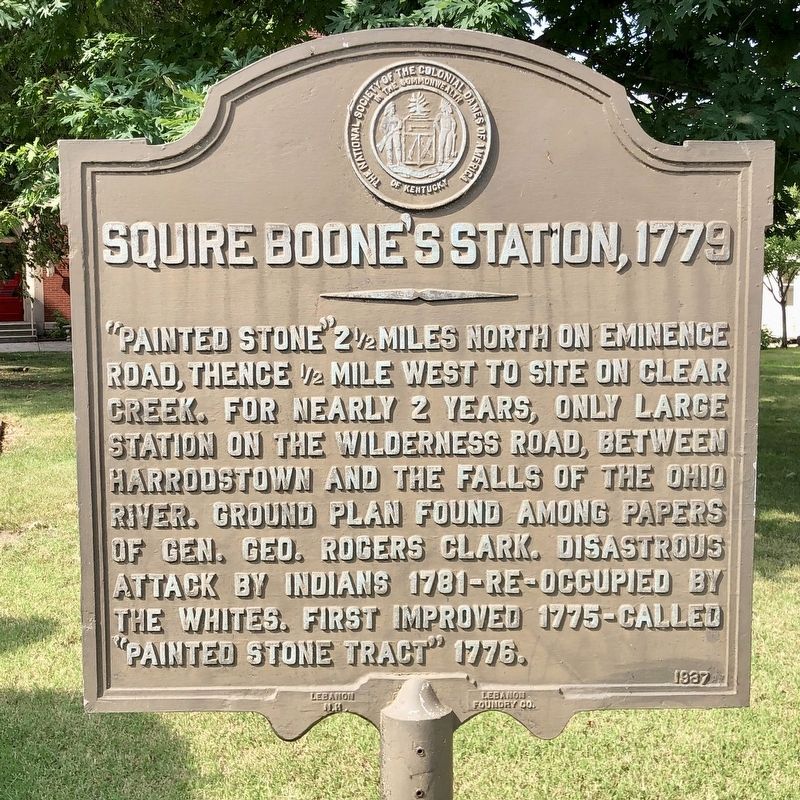 Photographed By Mark Hilton, July 14, 2019
1. Squire Boone's Station, 1779 Marker
Inscription.
Squire Boone's Station, 1779. . "Painted Stone" 2½ miles north on Eminence Road, thence, ½ mile west to site on Clear Creek. For nearly 2 years, only large station on the Wilderness Road, between Harrodstown and the Falls of the Ohio River. Ground plan found among papers of Gen. Geo. Rogers Clark. Disastrous attack by Indians 1781-re-occupied by the whites. First improved 1775-called "Painted Stone Tract" 1776. . This historical marker was erected in 1937 by the National Society of the Colonial Dames of America in the Commonwealth of Kentucky. It is in Shelbyville in Shelby County Kentucky

Erected 1937 by the National Society of the Colonial Dames of America in the Commonwealth of Kentucky. (Marker Number 28.)

Topics and series. This historical marker is listed in these topic lists: Native Americans • Roads & Vehicles • Wars, US Indian. In addition, it is included in the The Colonial Dames of America, National Society of series list. A significant historical year for this entry is 1776. 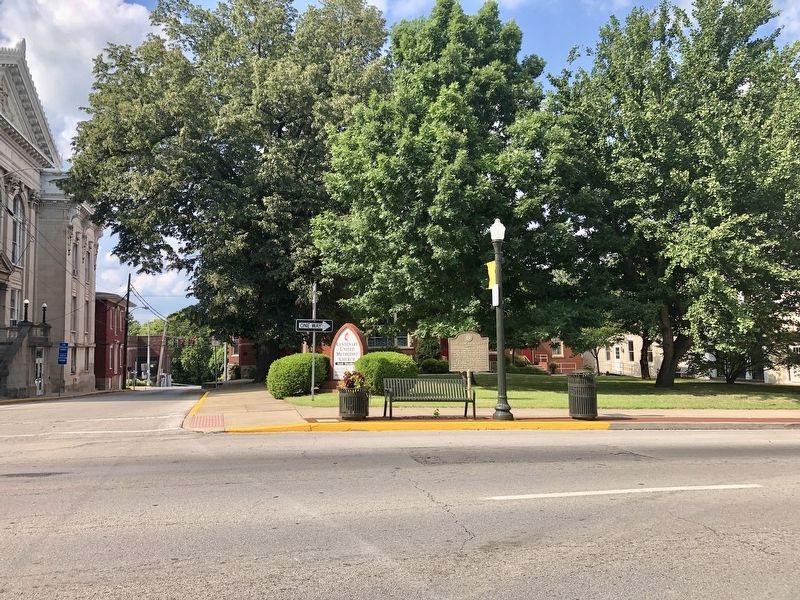