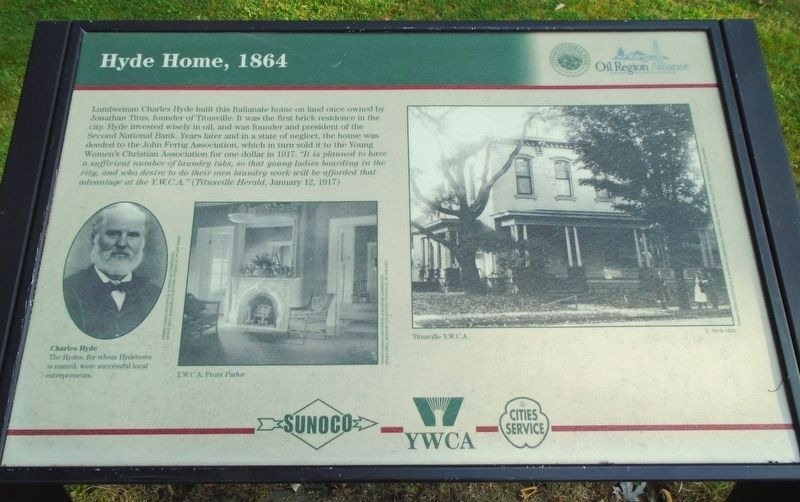 Lumberman Charles Hyde built this Italianate home on land once owned by Jonathan Titus, founder of Titusville. It was the first brick residence in the city. Hyde invested wisely in oil, and was founder and president of the Second National Bank. Years later and in a state of neglect, the house was deeded to the John Fertig Association, which in turn sold it to the Young Women's Christian Association for one dollar in 1917. "It is planned to have a sufficient number of laundry tubs, so that young ladies boarding in the city, and who desire to do their own laundry work will be afforded that advantage at the Y.W.C.A." (Titusville Herald, January 12, 1917)

[Photo captions, from left to right, read] , . Charles Hyde The Hydes, for whom Hydetown is named, were successful local entrepreneurs.

. Titusville Y.W.C.A. C. 1919-1920 . This historical marker was erected by Oil Region Alliance and City of Titusville. It is in Titusville in Crawford County Pennsylvania