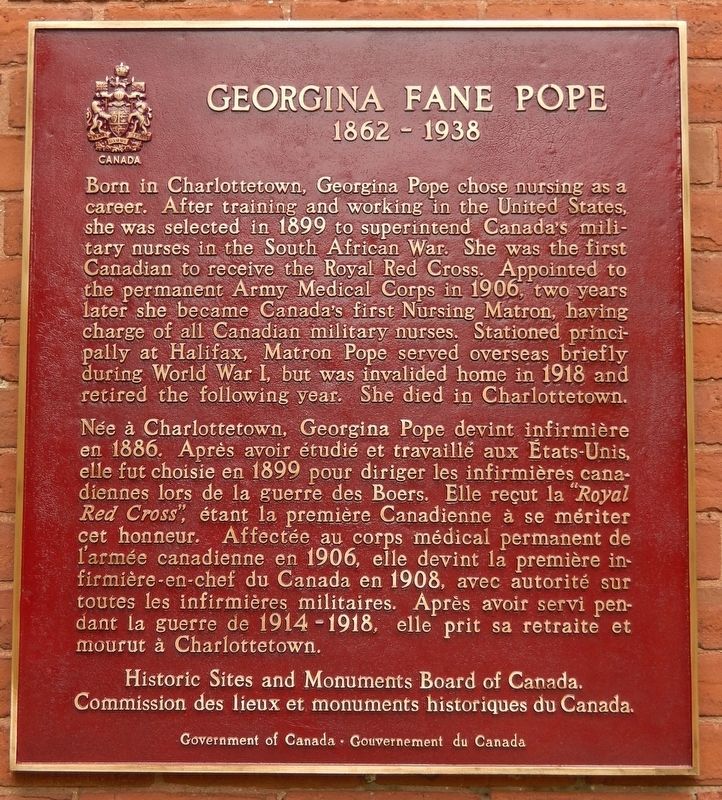 By Cosmos Mariner, July 17, 2019
1. Georgina Fane Pope Marker
Inscription.
English: . Born in Charlottetown, Georgina Pope chose nursing as a career. After training and working in the United States, she was selected in 1899 to superintend Canada’s military nurses in the South African War. She was the first Canadian to receive the Royal Red Cross. Appointed to the permanent Army Medical Corps in 1906, two years later she became Canada’s first Nursing Matron, having charge of all Canadian military nurses. Stationed principally at Halifax, Matron Pope served overseas briefly during World War I, but was invalided home in 1918 and retired the following year. She died in Charlottetown. . . . This historical marker was erected by Historic Sites and Monuments Board of Canada/Commission des lieux et monuments historiques du Canada. It is in Summerside in Prince County Prince Edward Island