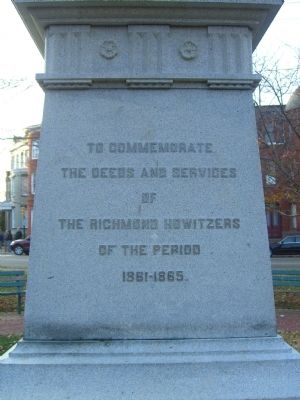 Erected 1892 by The Richmond Howitzer Association.

Topics. This historical marker and monument is listed in this topic list: War, US Civil. A significant historical year for this entry is 1859. 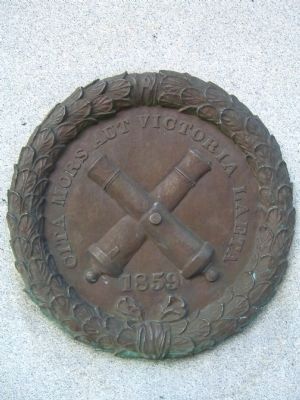 Click or scan to see
this page online
Grove Avenue. Touch for map. Marker was in this post office area: Richmond VA 23220, United States of America. Touch for directions.

More about this monument. A standing figure of a Civil War artillery soldier holding a cannon tamper in his right hand and his hat in his left. By his feet is a shattered artillery shell.

The sculpture was designed by William L. Sheppard, a former officer in the Howitzers, and 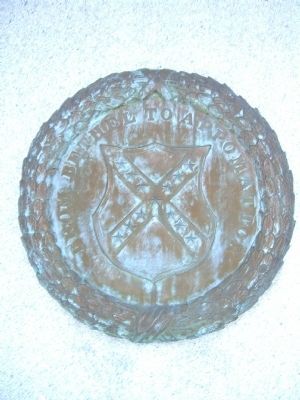 Photographed By Kevin W., November 27, 2008
3. Richmond Howitzers Monument Marker (north side)
From Bethel to Appomattox
Included here is the emblem of the Confederacy, depicting a shield crossed with two rows of stars and encircled by a laurel wreath.
was executed in bronze by Caspar Buberl. The $4,000 cost of the monument was funded mainly through contributions by the Howitzers. The small triangular plot of land where the monument is installed was donated by Richmond's city council.

Additional commentary.
1. Prof. Frederick William Nicholls Crouch Author, Buglar of Howitzers 1861-1865
My great grandfather served as bugler and canoneer Co A Richmond Howitzers 1861-1865. He was the author of "Kathleen Mavourneen" a favored song of the South and to this day. It was the theme song of the movie "Gettysburg". His daughter Emma Elizabeth Crouch aka "Cora Pearl" famous courtesan of the 19th Century. He is buried at "Confederate Hill" Loudon Cemetery in Baltimore with honors. Note To Editor only visible by Contributor and editor
— Submitted August 22, 2011, by Frederick William Nicholls Crouch of Maidens, Virginia, USA.
2. Statue toppled
The statue on this monument was pulled down by protesters late Tuesday, June 16, 2020. 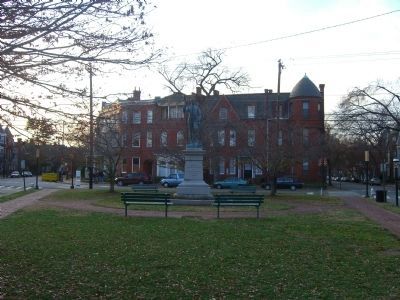 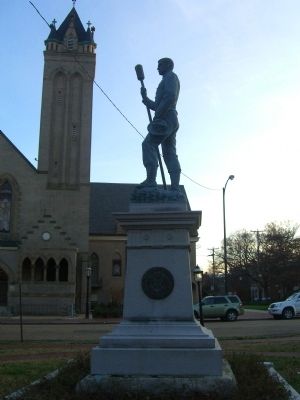 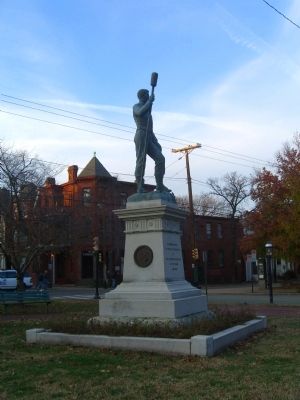 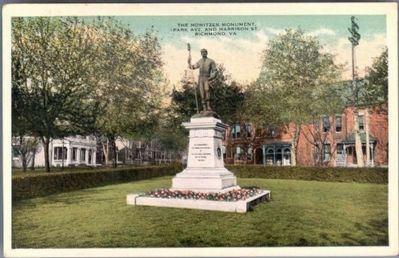 Photographed By Southern Bargain House, Richmond, Va., circa 1923
7. Howitzer Monument (Park Ave. and Harrison St.), Richmond, Va.
This characteristic monument represents a typical artillerymen at 'Position No. One.' It was unveiled Dec. 13, 1892, and is an excellent example of the work of W.L. Sheppard, a gifted sculptor of Richmond, Va. The Howitzers were organized in Richmond in November, 1859, and saw their first service during the days of the John Brown excitement. The original armament of the organization (and hence its name) consisted of mounted naval or boat howitzers, drawn by the cannoneers. The battalion eagerly embraced the cause of the Confederacy at the out-break of the Civil War, and rendered gallant and effective services throughout the entire period of that conflict. VCU Libraries Digital Collections - Rarely Seen Richmond
Credits. This page was last revised on September 15, 2021. It was originally submitted on November 29, 2008, by Kevin W. of Stafford, Virginia. This page has been viewed 3,385 times since then and 89 times this year. Photos:   1, 2, 3, 4, 5, 6. submitted on November 29, 2008, by Kevin W. of Stafford, Virginia.   7. submitted on May 10, 2012, by Bernard Fisher of Richmond, Virginia.
Share this page.