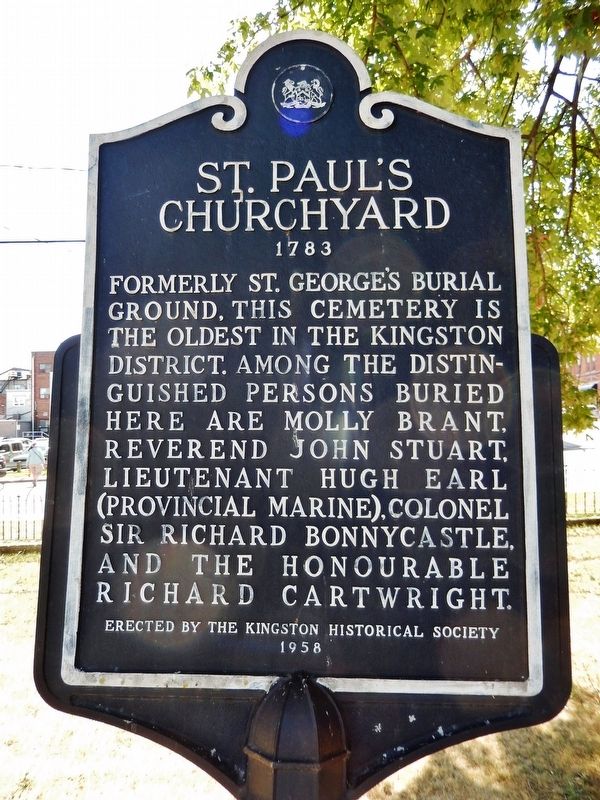 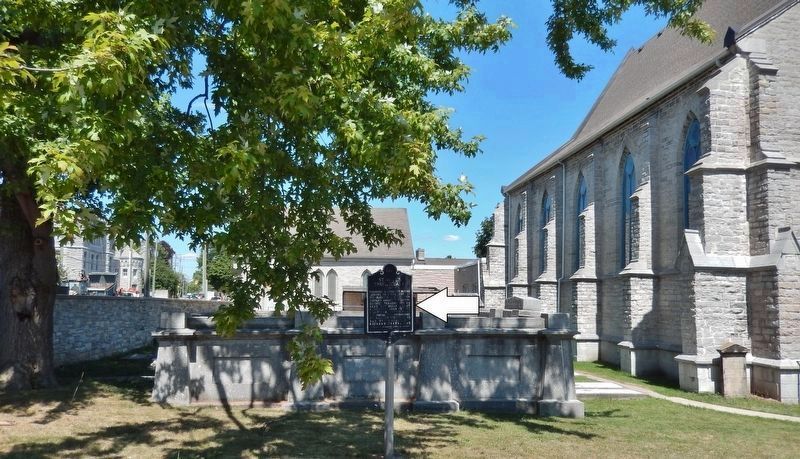 By Cosmos Mariner, August 15, 2019
2. St. Paul's Churchyard Marker (wide view)
(Stuart Family Lair in background behind marker)
(approx. 0.4 kilometers away); Kingston Custom House / Bâtiment des Douanes de Kingston (approx. 0.4 kilometers away); The Rev. John Stuart (approx. half a kilometer away); The King's Royal Regiment of New York (approx. half a kilometer away). Touch for a list and map of all markers in Kingston.

Also see . . .  Kingston's Lower Burial Ground. Kingston's Lower Burial Ground was laid out in 1783 in anticipation of the arrival of Loyalists at Cataraqui after the American Revolution. Many early citizens of Kingston are buried here, including prominent residents, black slaves brought by the Loyalists, sailors of the Lakes and American prisoners of the War of 1812. (Submitted on October 25, 2019, by Cosmos Mariner of Cape Canaveral, Florida.) 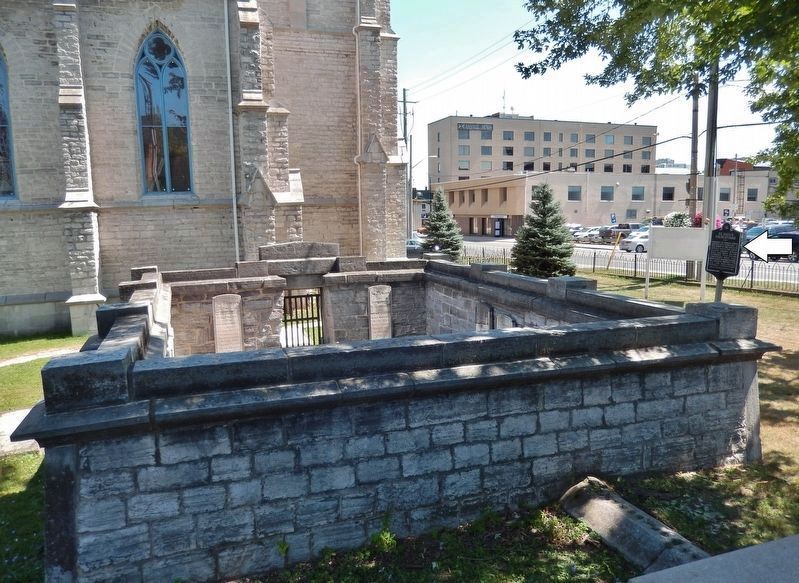