From First Americans to Euroamericans

— Archaeology and History of the WIS 57 Transportation Corridor — 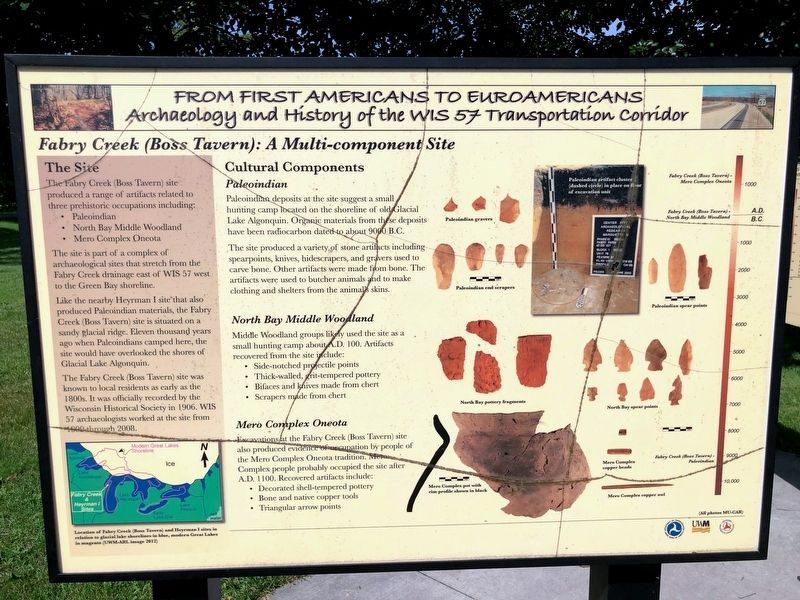 The site is part of a complex of archaeological sites that stretch from the Fabry Creek drainage east of WIS 57 west to the Green Bay shoreline. Like the nearby Heyrman I site that also produced Paleoindian materials, the Fabry Creek (Boss Tavern) site is situated on a sandy glacial ridge. Eleven thousand years ago when Paleoindians camped here, the site would have overlooked the shores of Glacial Lake Algonquin. The Fabry Creek (Boss Tavern) site was known to local residents as early as the 1800s. It was officially recorded by the Wisconsin Historical Society in 1906. WIS 57 archaeologists worked at the site from 1999 through 2008.

Cultural Components
Paleoindian
Paleoindian deposits at the site suggest a small hunting camp located on the shoreline of old Glacial Lake Algonquin. Organic materials from these deposits have been radiocarbon dated to about 9000 B.C. The site produced a variety 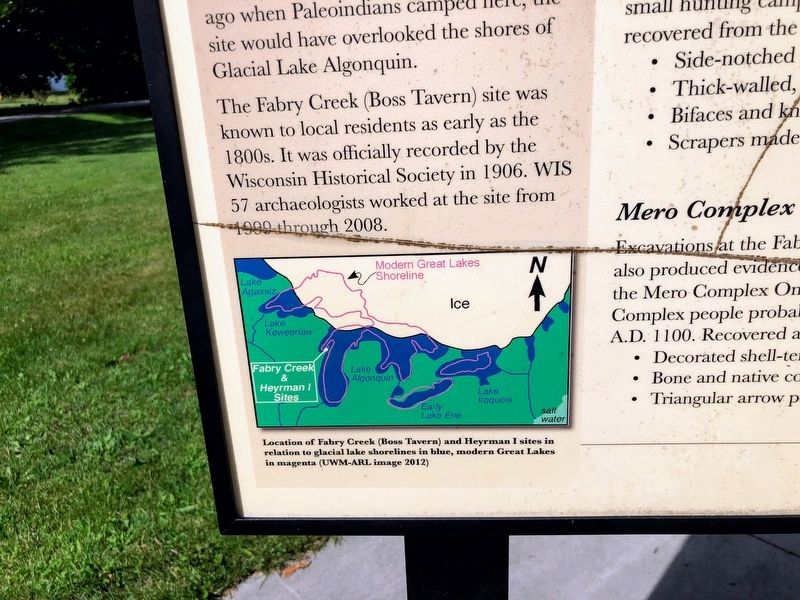 By Devon Polzar, 2019
2. Close-Up of Site Map
of stone artifacts including spearpoints, knives, hidescrapers, and gravers used to carve bone. Other artifacts were made from bone. The artifacts were used to butcher animals and to make clothing and shelters from the animal's skins. 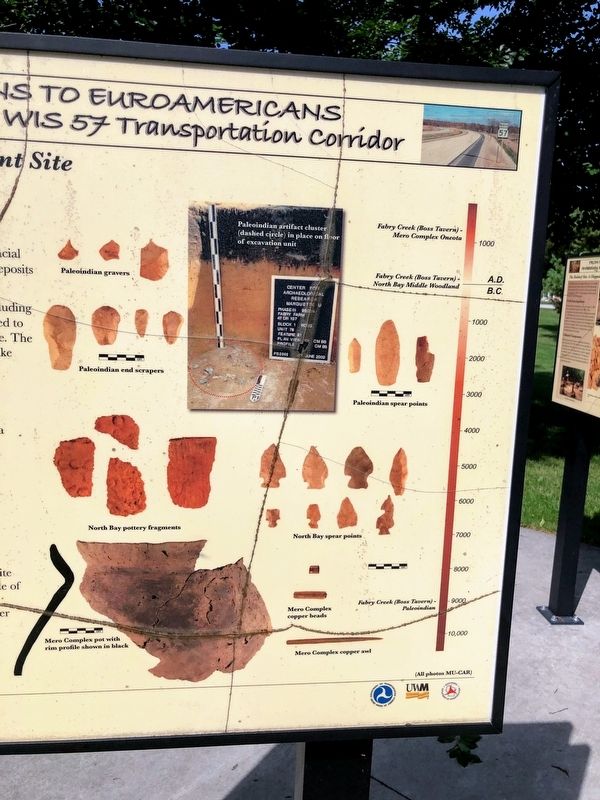 More about this marker. This marker is part of the group of markers at this location titled From First Americans to Euroamericans: Archaeology and History of the WIS 57 Transportation Corridor. The markers are a few steps from the southern parking lot in the Wequiock Falls County Park. 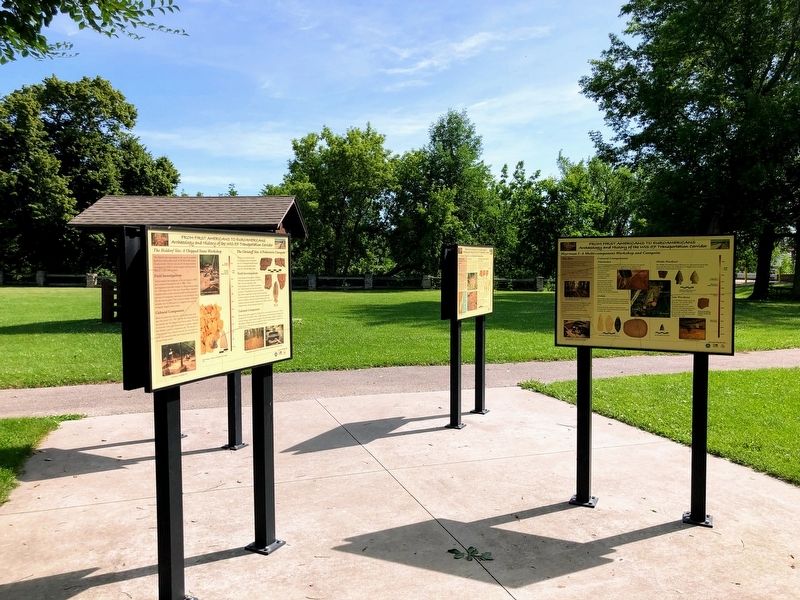