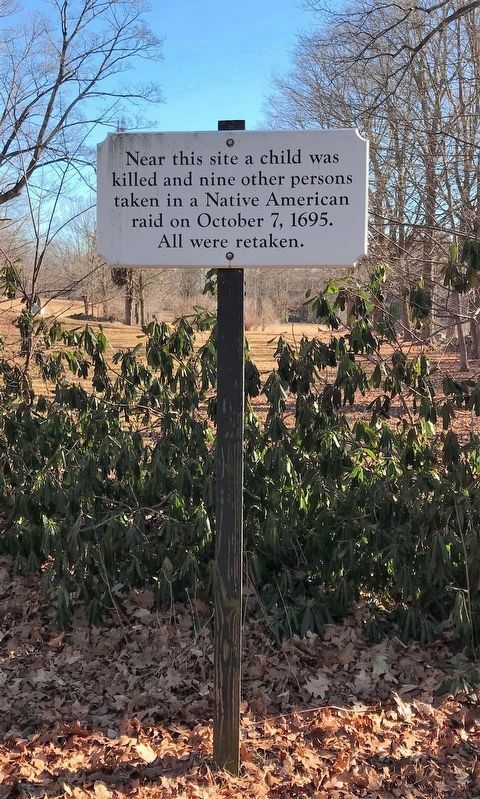 Near this site a child was killed and nine other persons taken in a Native American raid on October 7, 1695. All were retaken.

Topics. This historical marker is listed in these topic lists: Colonial Era • Native Americans • War, French and Indian. A significant historical date for this entry is October 7, 1695.

Click or scan to see
this page online
2½ miles away); Soldiers and Sailors of Newburyport 1861-1864 (approx. 2.6 miles away). Touch for a list and map of all markers in West Newbury.

Regarding Native American Raid. The site of a 1695 Indian raid on the Brown household is located at 127-33 Turkey Hill Road. The story behind the marker involves a war sparked by New England Governor Andros’ raid on the home of the Baron de saint Castine in Acadia, which was one of the many affronts (in addition to high taxes) that caused the colonists to fire the governor and ship him back to England in 1689. In this tale, what went around in Maine came around on Turkey Hill here in West Newbury.