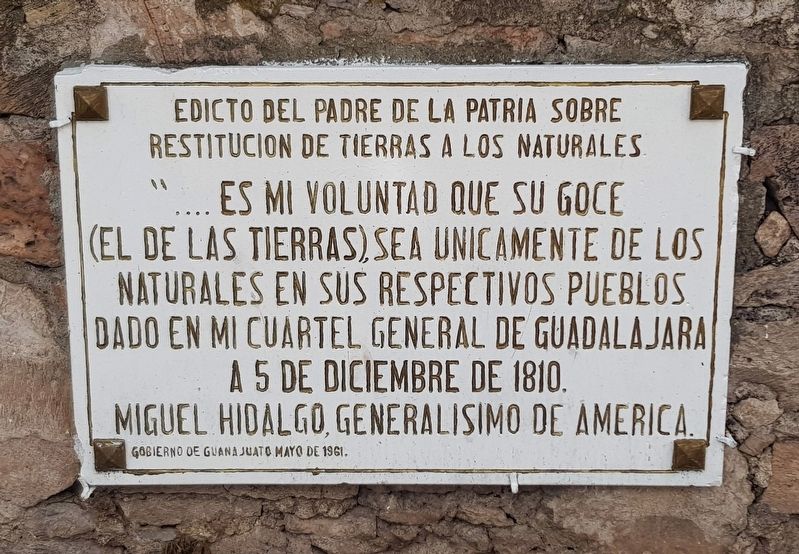 Photographed By J. Makali Bruton, September 6, 2020
1. Hidalgo and Indigenous Lands Marker
Inscription.
English translation: , Edict of the Father of the Nation on the Return of Lands to the Indigenous , ".... it is my will that their enjoyment (that of the lands), be only for the indigenous in their respective villages, given in my Headquarters of Guadalajara on December 5, 1810.” , Miguel Hidalgo, America’s General , Government of Guanajuato, May 1961 . This historical marker was erected by Gobierno de Guanajuato. It is in Hacienda Corralejo in Pénjamo Guanajuato Mexico