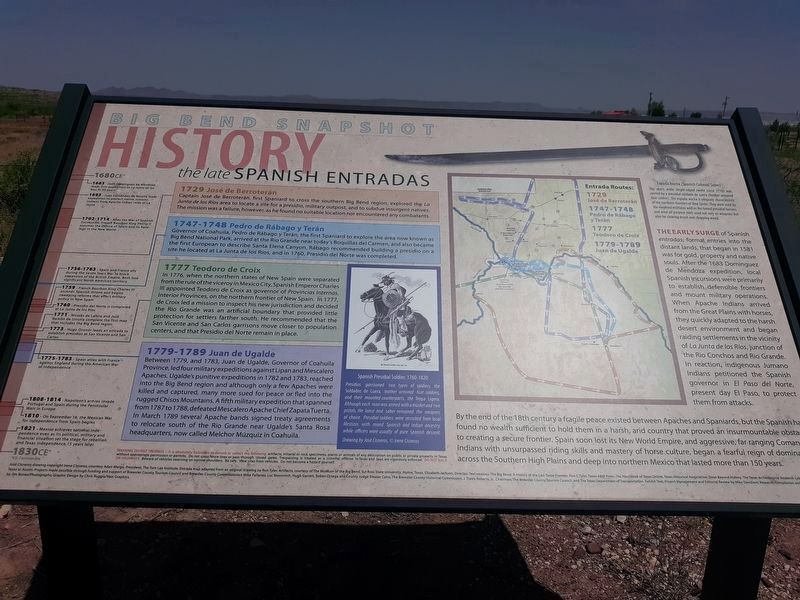 1702-1714 – After the War of Spanish Succession, French Bourbon King Philip V assumes the throne of Spain and its holdings in the New World

1729 José de Berroterán
Captain José de Berroterán, first Spaniards across the southern Big Bend region, explored the La Junta de los Rios area to locate a site for a Presidio, military outpost, and to subdue insurgent natives. The mission was a failure, however, as he found no suitable location nor encountered - any combatants. 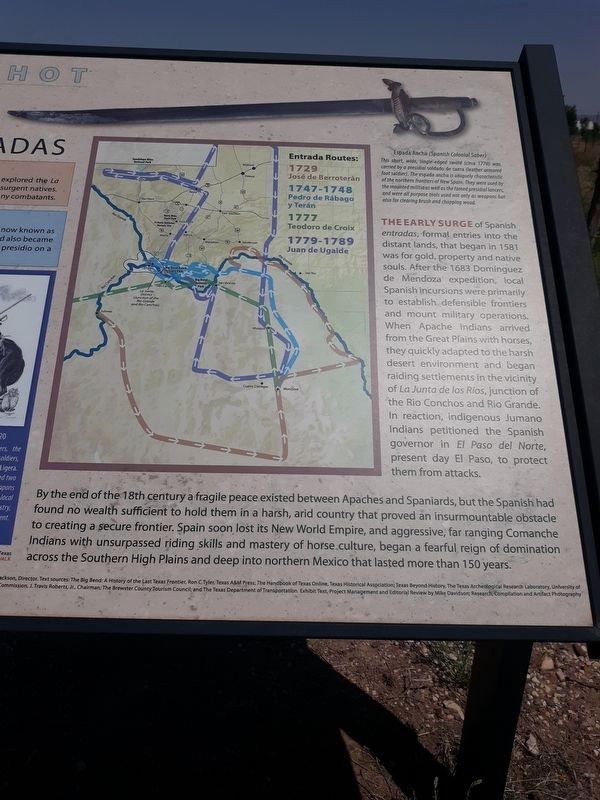 1756-1763 – Spain and France allied during the Seven Years War to block expansion of the British Empire. Both lose significant North American territory

1777 Teodoro de Croix
In 1776, when the northern states of New Spain were separated from the rule of the Viceroy in Mexico City, Spanish Emperor Charles III appointed Teodoro de Croix as Governor of Provincias Internas, Interior Provinces, on the northern frontier of New Spain. In 1777, de Croix led a mission to inspect his new jurisdiction and decided the Rio Grande was an artificial boundary that provided little protection for settlers farther south. He recommended that the San Vicente and San Carlos garrisons move closer to population centers, and that Presidio del Norte remain in place. 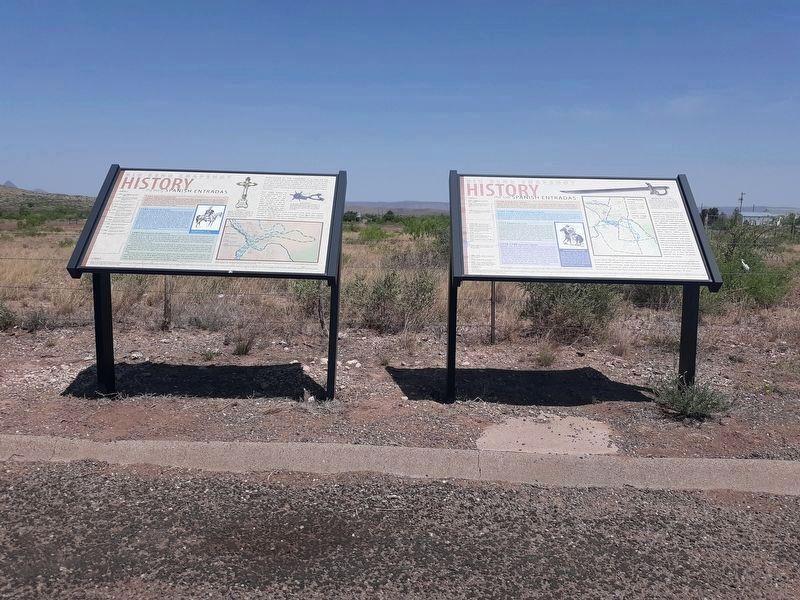 By TeamOHE, May 9, 2020
3. The Late Spanish Entradas Marker, on the right
Juan de Ugalde
Between 1779 and 1783 Juan de Ugalde, Governor of Coahuila Province, led military expeditions against Lipan and Mescalero Apaches. Ugalde’s punitive expeditions in 1782 and 1783 reached into the Big Bend region, and although only a few Apaches were killed and captured, many more sued for peace or fled into the rugged Chisos Mountains. A fifth military expedition that spanned from 1787 to 1788 defeated Mescalero Apache Chief Zapata Tuerta. In March 1789 several Apache bands sign treaty agreements to relocate south of the Rio Grande near Ugalde’s Santa Rosa headquarters, now called Melchor Múzquiz in Coahuila.

1810 – On September 16, the Mexican War for Independence from Spain begins

1821 – Mexico achieves national independence even as its political, military, and financial situation set the stage for rebellion and Texas Independence 15 years later

The early surge of Spanish entradas, formal entries into the distant lands that began in 1581, was for gold, property and native souls. After the 1683 Dominguez de Mendoza expedition, local Spanish incursions were primarily to establish defensible frontiers and mount military operations. When Apache Indians arrived from the Great Plains with horses, they quickly adapted to the harsh desert environment and began rating settlements in the vicinity of La Junta de los Rios, the junction of the Rio Conchos and Rio Grande. In reaction, indigenous Jumano Indians petition the Spanish governor in El Paso Del Norte, present-day El Paso, to protect them from attacks.

By the end of the eighteenth century a fragile peace existed between Apaches and Spaniards, but the Spanish had found no wealth sufficient to hold them in a harsh, arid country that proved an insurmountable obstacle to creating a secure frontier. Spain soon lost its New World empire, and aggressive far ranging Comanche Indians with unsurpassed writing skills and mastery of horse culture, began a fearful reign of domination across the Southern High Plains and deep into Northern Mexico that lasted more than 150 years.

Captions
Spanish Presidial Soldier, 1760-1820
Presidios garrisoned 2 types of soldiers, the Soldados de Cuera, leather armored foot soldiers and their mounted counterparts, the Tropa Ligera. Although each man was armed with a musket into pistols, the Lance and Saber remained the weapons of choice. Presidial soldiers were recruited from local Mestizos with mixed Spanish and Indian ancestry, while officers were usually of pure Spanish descent. Drawing by Jose Cisneros.

Espada Ancha (Spanish Colonial Saber)
This short, wide, single edged sword (circa 1770) was carried by a presidial soldado de cuera (leather armored foot soldier). The espada ancha is uniquely characteristic of the northern frontiers of New Spain. They were used by the mounted militia as well as the famed presidial lancers, and were all-purpose tools use not only is weapons but also for clearing brush and chopping wood.