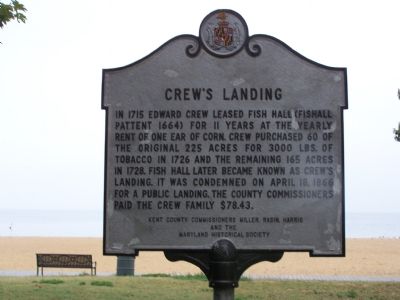 By William Pfingsten, October 18, 2007
1. Crew's Landing Marker
Inscription.
Crew’s Landing. . In 1715 Edward Crew leased Fish Hall (Fishall Pattent 1664) for 11 years at the yearly rate of one ear of corn. Crew purchased 60 of the original 225 acres for 3000 lbs. of tobacco in 1726 and the remaining 165 acres in 1728. Fish Hall later became known as Crew’s Landing. It was condemned on April 18, 1866 for a public landing. The County Commissioners paid the Crew family $78.43. . This historical marker was erected by Kent County Commissioners Miller, Rasin, Harris and Maryland Historical Society. It is in Betterton in Kent County Maryland

Other nearby markers. At least 8 other markers are within 5 miles of this marker, measured as the crow flies. A different marker also named Crew’s Landing (here, next to this marker); Mary Roe Walkup Pavilion 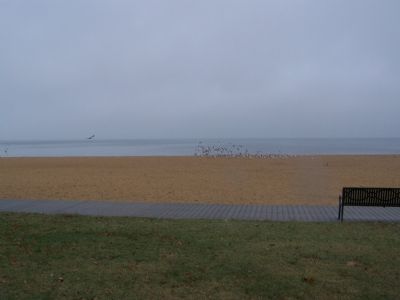 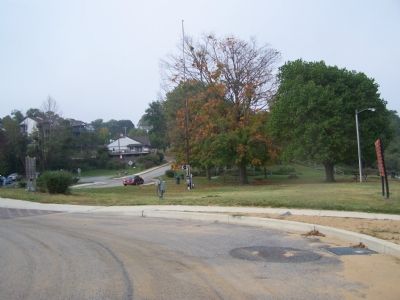