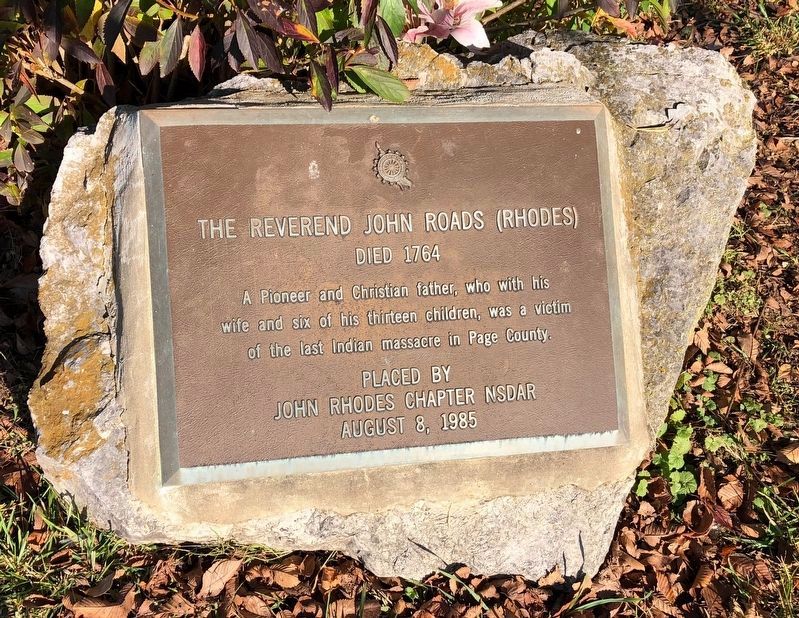 Photographed By Devry Becker Jones, October 31, 2020
1. The Reverend John Roads (Rhodes) Marker
Inscription.
The Reverend John Roads (Rhodes). Died 1764. A Pioneer and Christian father, who with his wife and six of his thirteen children, was a victim of the last Indian massacre in Page County. . This historical marker was erected in 1985 by John Rhodes Chapter, National Society of the Daughters of the American Revolution. It is Near Luray in Page County Virginia

A Pioneer and Christian father, who with his wife and six of his thirteen children, was a victim of the last Indian massacre in Page County.

Erected 1985 by John Rhodes Chapter, National Society of the Daughters of the American Revolution.

Topics and series. This historical marker is listed in these topic lists: Colonial Era • Native Americans • Settlements & Settlers. In addition, it is included in the Daughters of the American Revolution (DAR) series list. A significant historical year for this entry is 1764. 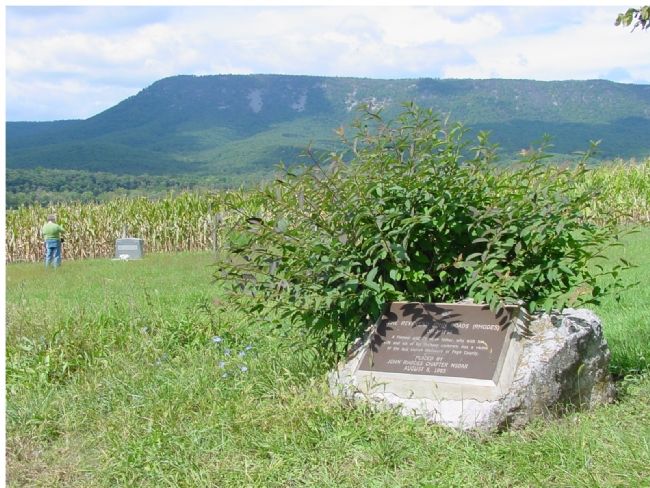 Photographed By J. J. Prats, September 29, 2006
2. The Reverend John Roads (Rhodes) Marker
The eastern fork of the Shenandoah Valley leading up to Massanutten Mountain at New Market Gap is in the distance.

Regarding The Reverend John Roads (Rhodes). The Reverend Rhodes was a Mennonite minister. The log home built on the site of the massacre soon thereafter stood until 1994. It was called Fort Roads and is about four miles north of Route 211 on the west bank of the South Fork of the Shenandoah River.

Additional commentary.
1. Relative of Rev. John Rhodes
The Reverend John Rhodes had twelve or thirteen children, it was never known exactly how many. They were Joseph, Michael, Daniel, Susannah, Anna, Elizabeth. Esther, and the four sons and one or two daughters killed in the Indian raid. I am related to Michael Rhodes. He was my Great-great-great-great-great grandfather. My grandfather’s mother was Sylvia Edna Rhodes. A cousin of my father did an extensive genealogy of the family. If you have any questions feel free to email me. Ask this website’s editor for my email 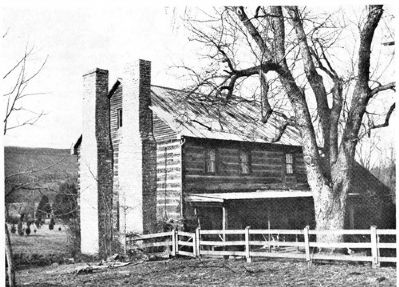 Courtesy of CDWhip35 - originally received for the Whipkey Family Tree.
3. Fort Roads
Built on site of 1764 Roads Massacre
address. Note To Editor only visible by Contributor and editor
— Submitted July 17, 2008, by Lora Denise Bennett of Indianapolis, Indiana.
2. John Rhodes and his family
Original name thought to have been Hans Derik Roodt.(Hans Roth) He was a Mennonite Minister. Settled in Shenandoah Co, VA about 1729 on land adjoining Mart in Kauffman. Killed by Indians in Shenandoah Valley, VA in 1764. Indians said to have been led by Simon Girty. John Rhodes was shot while standing in his doorway. Eve Albright Rhodes and a son were killed in the yard. Five other children were killed. Eight children survived.

On August 31, 1924 at a memorial service at the site of the massacre, a monument was unveiled dedicated to the Rhodes family. The site is on the western bank of the Shenandoah River at the foot of Massanutten Mountain.

Sources: Massanutten Settled by the Pennsylvania Pilgrim 1726. The First White Settlement in the Shenandoah Valley, by Harry M. Strickler (Book located at the Library of the Museum of 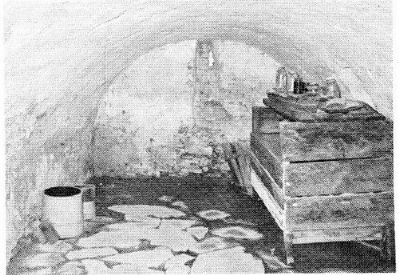 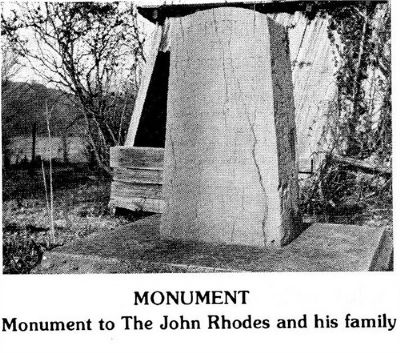 Courtesy of CDWhip35 - originally received for the Whipkey Family Tree
5. Monument
Monument to The John Rhodes and his family. Mr. Phillip M. Kaufman, in his 78th year, made the memorial from native limestone. All the more remarkable inasmuch that Mr. Kaufman was a miller by trade, not a stone cutter. 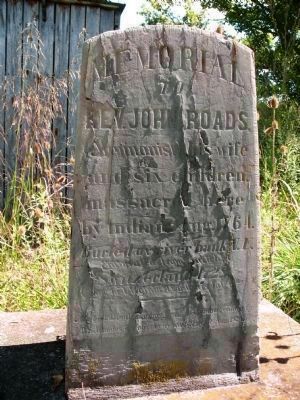 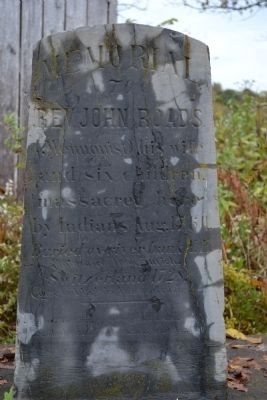 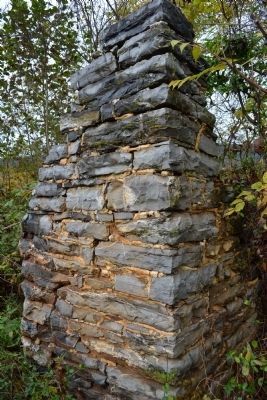 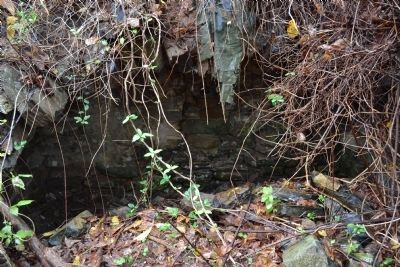 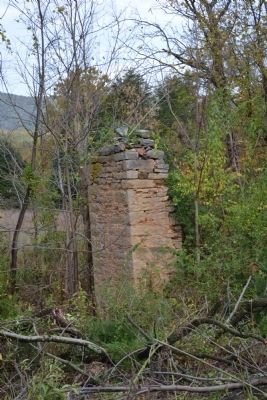 Photographed By Debbie McLaughlin, October 14, 2011
10. This is the main house chimney at Rev John Rhodes property 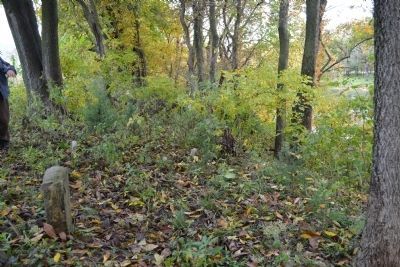 Photographed By Debbie McLaughlin, October 14, 2011
11. The stones on the river where the family of Rev John Rhodes was buried 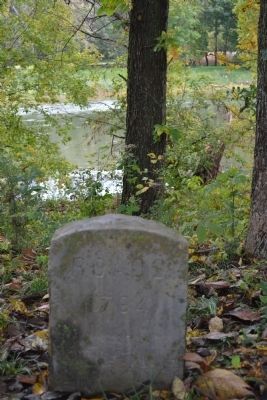