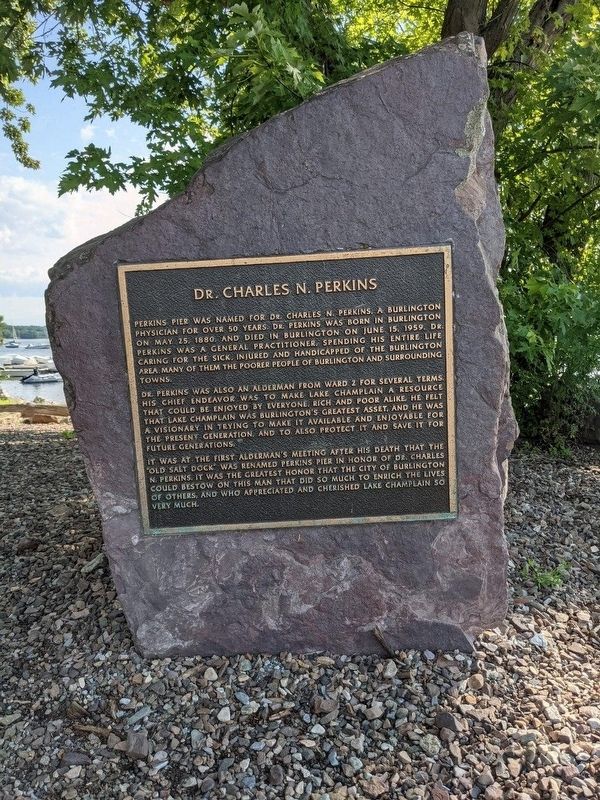 Dr. Perkins was also an alderman from ward 2 for several terms. His chief endeavor was to make Lake Champlain a resource that could be enjoyed by everyone, rich and poor alike. He felt that Lake Champlain was Burlington's greatest asset, and he was a visionary in trying to make it available and enjoyable for the present generation, and to also protect it and save it for future generations.

It was at the first alderman's meeting after his death that the "old salt dock” was renamed Perkins Pier in honor of Dr. Charles N. Perkins. It was the greatest honor that the city of Burlington could bestow on this man that did so much to enrich the lives of others, and who appreciated and cherished Lake Champlain so very much. 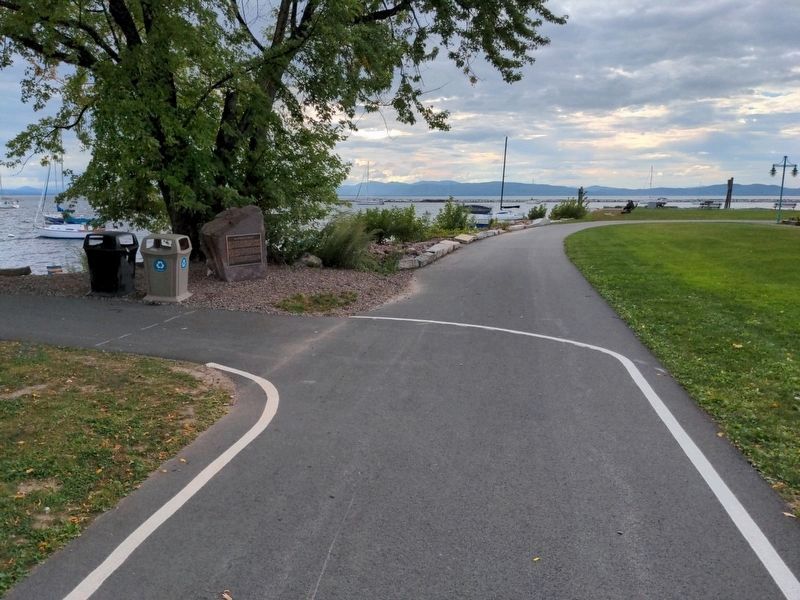 Click or scan to see
this page online
marker is listed in these topic lists: Parks & Recreational Areas • Science & Medicine • Waterways & Vessels. A significant historical date for this entry is May 25, 1880.