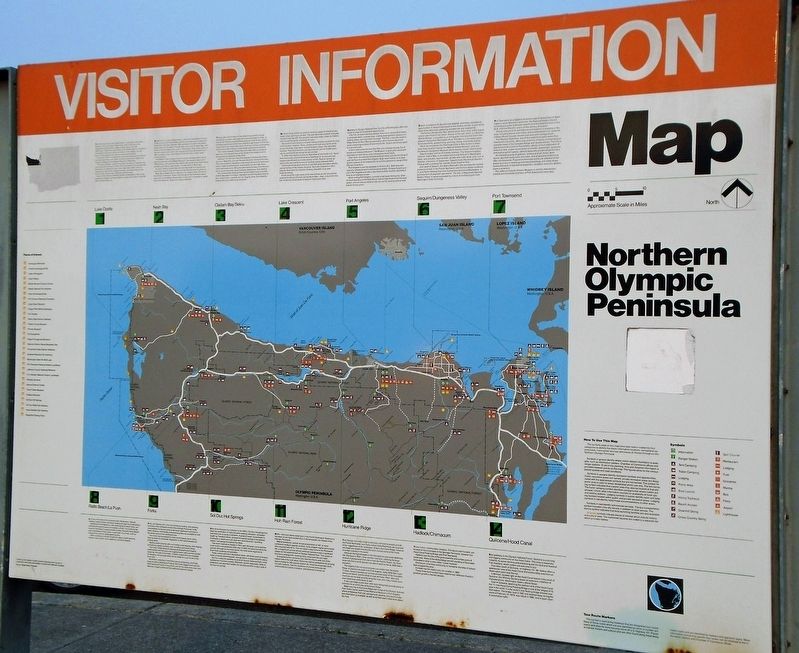 From the end of the Lake Ozette Road, 2 trails lead to the ocean beaches. One, the Indian Village Trail, leads to the site of an abandoned Ozette Indian village at Cape Alava. For over 2000 years, Cape Alava was home to the Makah Indians. Situated on the western-most point of the continental United States, the site was an ideal location from which to launch whale hunts.

During the 1970's archaeologists excavated thousands of artifacts from the Cape Alava site. Many of these centuries-old objects are currently displayed at the Makah Museum in Neah Bay.

The scenic Olympic coastline has been the doom of mariners who have ventured too close to shore. Since Europeans first explored the Northwest over 400 years ago, many ships have fallen victim to treacherous reefs off the rugged shoreline. Two memorials to shipwreck victims can be seen along the northern coast.

Most of the Olympic coastline remains undeveloped. Hikers may experience solitude and view wildlife at a pace and rhythm set by the tides and pounding surf.

The Makah Tribe is proud of 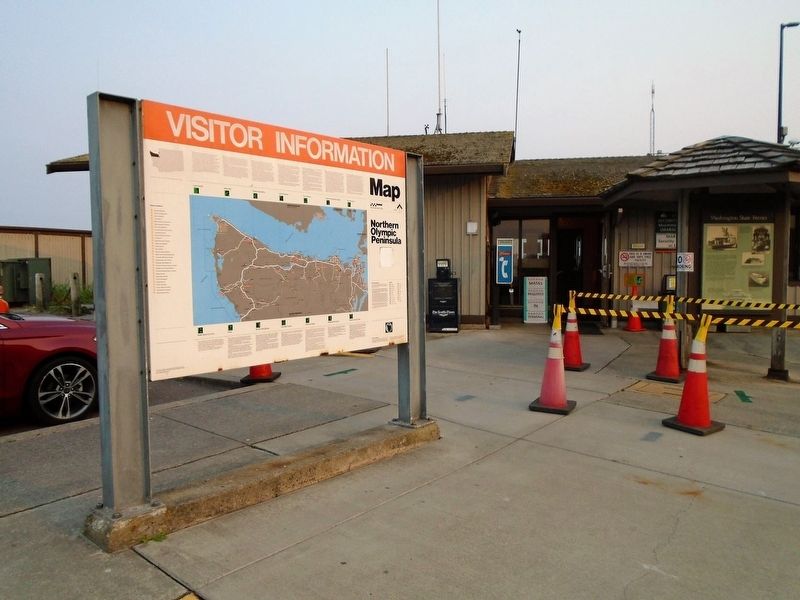 Click or scan to see
this page online
its rich cultural heritage which can be seen dramatically at the Makah Museum. The museum was built in 1979 to house and preserve the artifacts discovered at the Cape Alava archeological digs at Lake Ozette, 15 miles south of Neah Bay.

Mt. Storm King vented his anger by hurling a piece of himself at two Indian tribes warring at his feet. The rock dammed a stream and Lake Crescent was formed. The beautiful lake was rarely visited by Indians, who feared the spirits inhabiting the area.

No place of such beauty and great fishing remains unvisited for long in this century, however. Today, people come from around the world to see the deep, clear water nestled between steep, tree-shrouded hillsides. They learn that the Lake was actually carved 10,000 years ago by continental ice during the last Ice Age.

In 1895, Rear Admiral Lesley A. Beardslee of the Pacific U.S. Naval fleet discovered a trout that became legendary for its size and subsequent identification as a new species of fish. Resorts sprang up around the lake and ferry service shuttled visitors between them.

The ferryboat has given way to a road that skirts the Lake's shores, and all but two of the resorts are gone. But Lake Crescent is still a popular destination for travelers seeking relaxation in an awe-inspiring setting.

A trail along the north shore of the lake follows and old railroad bed used by the Spruce Division during World War I. Also, a short 3/4 mile trail on Barnes Creek leads to beautiful Marymere Falls.

Sequim prides itself on its friendly festivals. The Sequim Irrigation Festival, held in May, is the oldest community festival in Washington State.

Just south of Sequim, the Manis Mastodon Site provides the earliest evidence in all of North America that man hunted and butchered Mastodons, a primitive form of elephant now extinct. The site, a Registered National Historic Place, is being excavated by a team of archaeologists from Washington State University.

10 Sol Duc Hot Springs
Ever since discovery by a pioneer in the 1880's, Sol Duc hot springs has been the destination of many travelers seeking relaxation, recreation and relief from a variety of ailments. A grateful Indian, nursed back to health by Theodore Moritz, showed the sacred springs to the pioneer. Eventually, a resort was built, and soon word about the "sparkling waters" had spread throughout the West.

The resort reached its heyday in 1912, with 165 guest rooms and the most modern conveniences of the day. In 1916, the resort burned to the ground. Although no one was injured, the hotel never regained its short-lived opulence and grandeur.

Today, visitors will find a refurbished resort, with three pools of mineral water, a heated swimming pool, change rooms, a restaurant and cabins.

11 Hoh Rain Forest
Rain - the most talked about topic in the Pacific Northwest. Nowhere is the effect of rain more evident than in the temperate rain forests of the Olympic Peninsula.

Mild temperatures, and an annual precipitation of 140" or more combine to produce gigantic conifers, moss-draped maples and a forest floor carpeted with ferns. The rain forest is also home to the Roosevelt elk, a magnificent animal whose continued existence was a significant reason for the establishment of Olympic National Park. They graze on the heavy undergrowth, keeping many areas park-like and open.

13 Hadlock/Chimacum
Three historic communities, Hadlock, Chimacum and Irondale, are located near the crossroads of the Quimper Peninsula, between the Hood Canal Floating Bridge and Port Townsend.

Hadlock was the site of the great sawmills and lumber ports of yesteryear. Many of the old buildings are still standing or have been renovated in what is now called "Lower Hadlock."

Chimacum, a farming community, is named for the tribe of Indians that occupied the area.

Irondale had the state's only iron smelter in 1889.

These three communities have experienced Jefferson County's greatest growth in the last decade.

East of Quilcene, spanning the northern end of the Hood Canal, the 1½ mile Hood Canal Floating Bridge is one of the longest of its type in the world. It is the world's only floating bridge erected over tidal waters. The bridge, built in 1961 and washed away during the storm of February 12, 1979, was rebuilt in 1982, and is again open to automobile traffic.

Topics. This historical marker is listed in these topic lists: Environment • Native Americans • Parks & Recreational Areas • Waterways & Vessels. A significant historical year for this entry is 2000.

Location. 48° 9.576′ N, 122° 40.352′ W. Marker is near Coupeville, Washington, in Island County. Marker is on Engle Road (Washington Route 20), on the left when traveling west. Marker is at the Coupeville Ferry Terminal. Touch for map. Marker is in this post office area: Coupeville WA 98239, United States of America. Touch for directions.