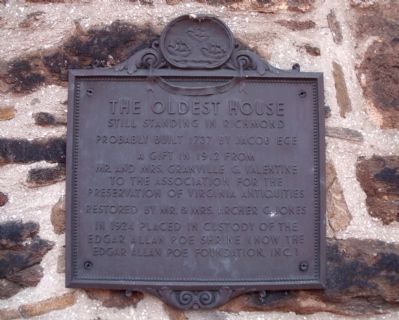 Photographed By Bernard Fisher, June 26, 2010
1. The Oldest House Marker
Inscription.
The Oldest House. . , The oldest house still standing in Richmond. , Probably built 1737 by Joseph Ege. , A gift in 1912 from Mr. and Mrs. Granville C. Valentine to the Association for the Preservation of Virginia Antiquities. , Restored by Mr. and Mrs. Archer G. Jones. , In 1924 placed in custody of the Edgar Allan Poe Shrine (now the Edgar Allan Poe Foundation, Inc.) . This historical marker is in Richmond Virginia

Topics. This historical marker is listed in these topic lists: Arts, Letters, Music • Colonial Era • Notable Buildings • War, US Revolutionary. A significant historical year for this entry is 1737. 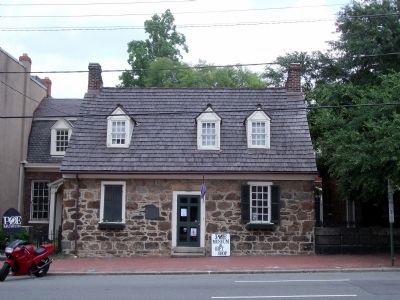 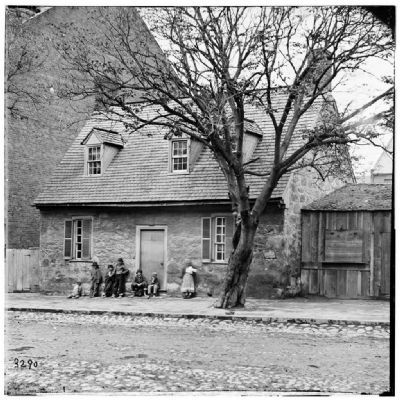 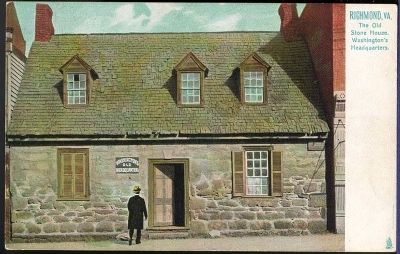 Photographed By Tuck & Sons'
4. Old Stone House, Washington's Headquarters, Richmond, Va
The house which Washington occupied as his headquarters during the Revolution, stands on Main Street, and is the oldest building in the city, having been erected in 1737, the year Richmond was founded. It is a plain, well-preserved, Colonial structure, 1 1/2 stories high, and visited by thousands of tourists annually. VCU Libraries Digital Collections - Rarely Seen Richmond
Credits. This page was last revised on November 13, 2021. It was originally submitted on June 26, 2010, by Bernard Fisher of Richmond, Virginia. This page has been viewed 4,642 times since then and 254 times this year. Last updated on September 22, 2021, by Bradley Owen of Morgantown, West Virginia. Photos:   1, 2, 3, 4. submitted on June 26, 2010, by Bernard Fisher of Richmond, Virginia. • J. Makali Bruton was the editor who published this page.
Share this page.