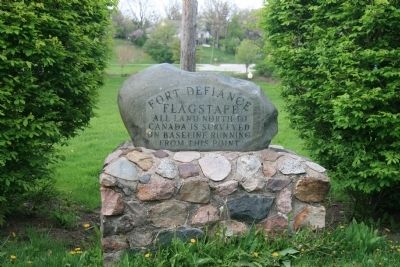 Photographed By Dale K. Benington, May 3, 2009
1. Fort Definace Flagstaff Marker
Inscription.
Fort Defiance Flagstaff, All land north to Canada is surveyed on baseline running from this point. . This historical marker is in Defiance in Defiance County Ohio

All land north to Canada is surveyed on baseline running from this point.

Topics. This historical marker is listed in these topic lists: Forts and Castles • Military • Native Americans • War of 1812 • Wars, US Indian.

Location. 41° 17.249′ N, 84° 21.433′ W. Marker is in Defiance, Ohio, in Defiance County. Marker is at the intersection of Fort Street and Washington Avenue, on the right when traveling north on Fort Street. This historical marker is situated on the southwest point of land, at the juncture of the Auglaize River with the Maumee River. Touch for map. Marker is in this post office area: Defiance OH 43512, United States of America. Touch for directions. 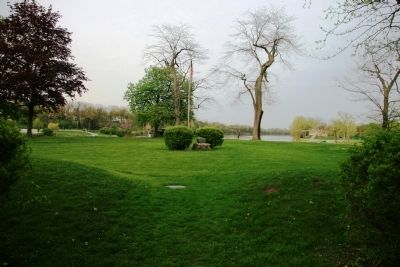 Photographed By Dale K. Benington, May 3, 2009
2. Fort Definace Flagstaff Marker
This is a view, as seen through what would have been the entrance to the fort through the defensive earthworks, of both the historical marker and the fort's flagstaff.

More about this marker. This marker is one of several markers located at the actual site of Fort Defiance. The marker can be found in the center of the actual fortification. 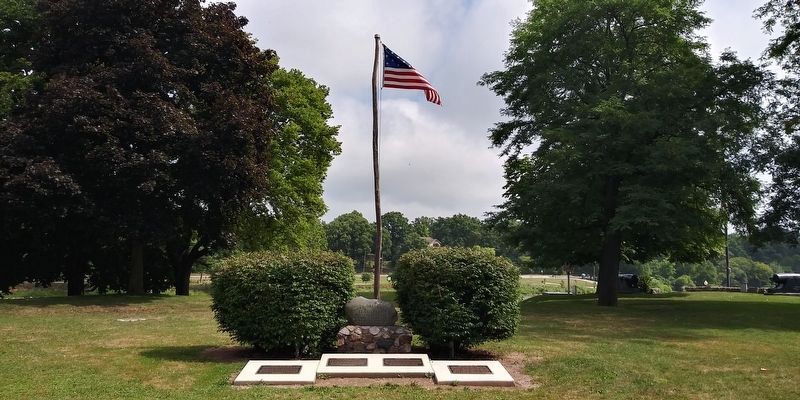