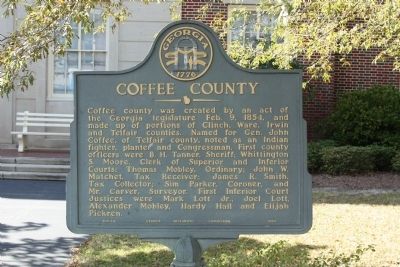 Topics and series. This historical marker is listed in these topic lists: Agriculture • Government & Politics • Law Enforcement • Wars, US Indian. In addition, it is included in the Georgia Historical Society series list. A significant historical date for this entry is February 9, 1860. 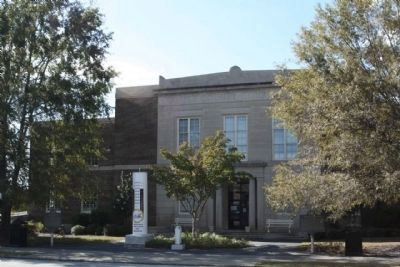 Also see . . .
1. John Coffee. Wikipedia entry:
He and Andrew Jackson had been partners in Nashville merchandising (Submitted on November 9, 2009, by Mike Stroud of Bluffton, South Carolina.)

2. Coffee County. New Georgia Encyclopedia website entry:
The county is in the Wiregrass Region of south central Georgia, so called because of the predominance of wiregrass, which grows among the Georgia pines, especially in the Lower Coastal Plain. (Submitted on November 9, 2009, by Mike Stroud of Bluffton, South Carolina.) 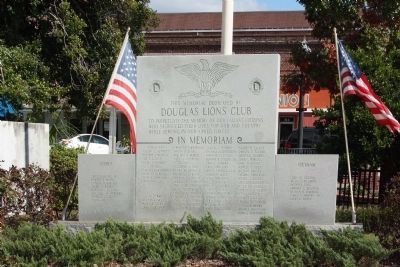