This bell was hung in the old court house in 1853 and for 75 years served Ashland County truly & well. It's vibrant tones rang out the news of Lee's surrender, tolled the passing of the immortal Lincoln, pealed forth the victory of Admiral Dewey, and joined in the glad refrain proclaiming the end of the World War. May its faithful voice, now hushed in silence, echo in our hearts forever.

Location. 40° 52.179′ N, 82° 19.066′ W. Marker is in Ashland, Ohio, in Ashland County. Marker is at the intersection of Cottage Street (Ohio Route 60/511) and 3rd Street, on the right when traveling north on Cottage Street. Bell and marker are on the west courthouse grounds. Touch for map. Marker is in this post office area: Ashland OH 44805, United States of America. Touch for directions. 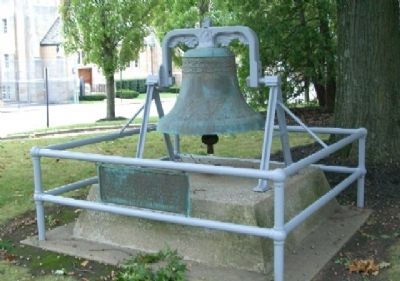 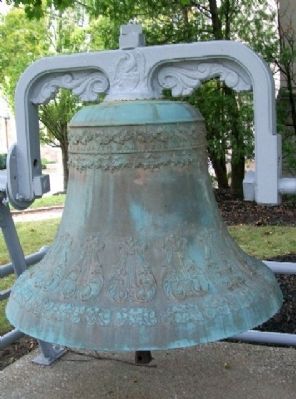 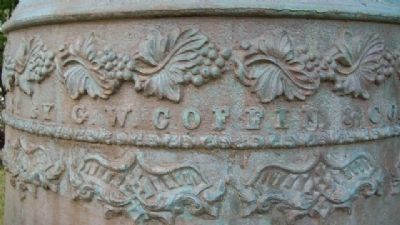 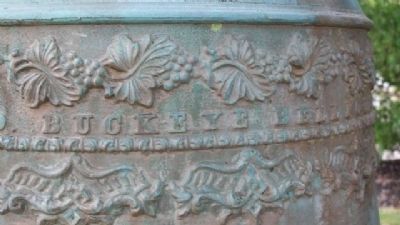 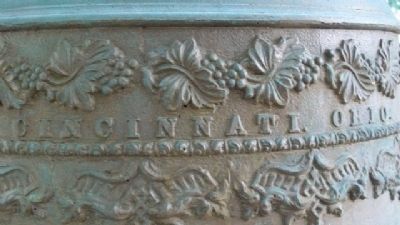 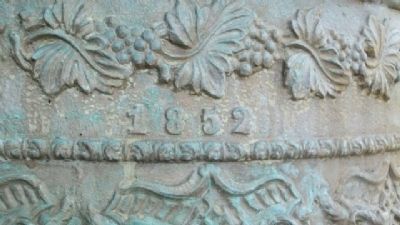 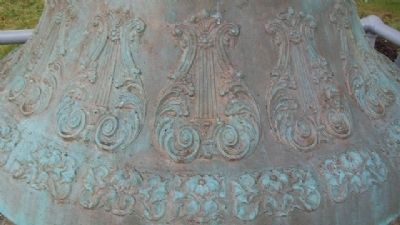