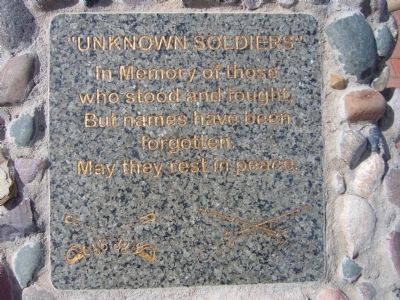 By Bill Kirchner, March 2, 2010
1. "Unknown Soldiers" Marker
Inscription.
"Unknown Soldiers". .
In Memory of those who stood and fought, But names have been forgotten. May they rest in peace.. . This historical marker is in Sierra Vista in Cochise County Arizona

In Memory of those who stood and fought,
But names have been forgotten.
May they rest in peace.

Topics. This historical marker is listed in these topic lists: Cemeteries & Burial Sites • Military • War, US Civil • Wars, US Indian.

Other nearby markers. At least 8 other markers are within 2 miles of this marker, measured as the crow flies. Arizona Confederate Veterans Memorial (within shouting distance of this marker); Union Soldiers Buried in Historic Cemetery (about 300 feet away, measured in a direct line); POW/MIA Monument (approx. 0.2 miles away); USO Club / NCO Annex / Army Service Club (approx. 0.9 miles away); Carmichael General Store/U.S. Post Office (approx. 1.1 miles away); Carmichael House/Sierra Vista Realty (approx. 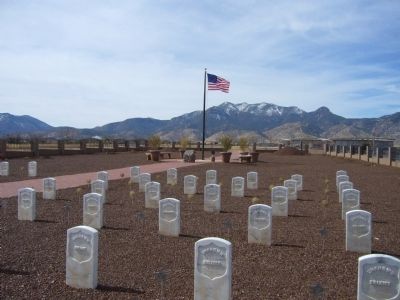 Also see . . .  19th Century Soldiers reburied in Arizona. The remains of 58 soldiers from the Civil and Indian wars who died in the Arizona Territory were reburied Saturday, May 16 at the Southern Arizona Veterans’ Memorial Cemetery in Sierra Vista. Their burials came two years after the remains were dug up in downtown Tucson to make way for a new court complex. (Submitted on March 6, 2010, by Bill Kirchner of Tucson, Arizona.) 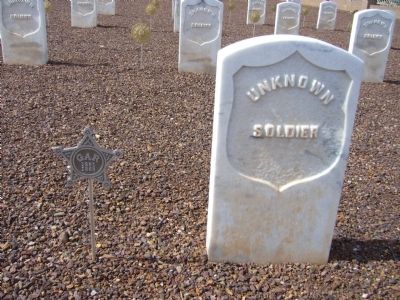 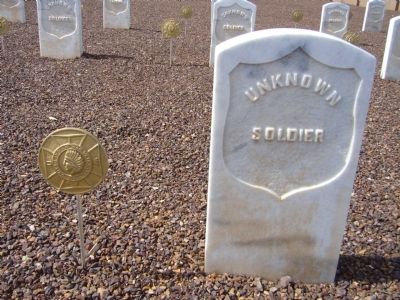