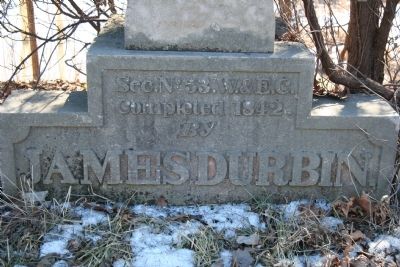 Topics and series. This historical marker is listed in these topic lists: Notable Events • Waterways & Vessels. In addition, it is included in the Wabash & Erie Canal series list. A significant historical year for this entry is 1842.

More about this marker. When the text of this historical states that Sec. No. 53 W.&E.C. completed 1842, it means that Section Number 53 of the Wabash & Erie Canal was completed in 1842 by James Durbin.

In a book written by Jack Gieck about Ohio's canal era, he states the following: "That at least one contractor took great pride in such structures is evidenced by the monument that James Durbin erected to himself above the site of this Bad Creek Culvert near Texas, Ohio." 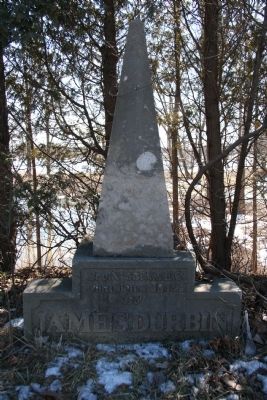 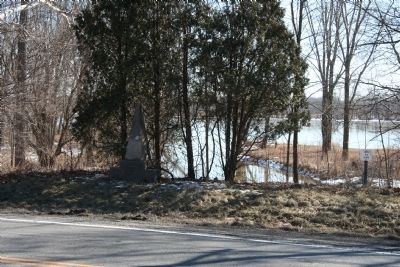 By Dale K. Benington, March 6, 2010
3. James Durbin Marker
View of historical marker situated in a small clump of trees along the south side of US 24. Behind the marker is a view of Bad Creek which flows under what use to be the old canal, but what is today US 24. 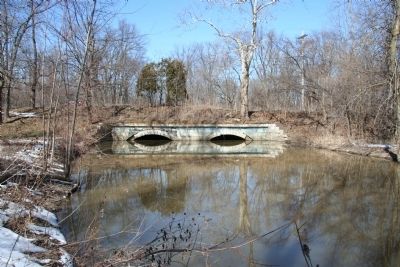 By Dale K. Benington, March 6, 2010
4. James Durbin Marker
View from Bad Creek of the historical marker situated in a clump of trees over the culvert built by James Durbin to enable the Wabash and Erie Canal to cross Bad Creek. 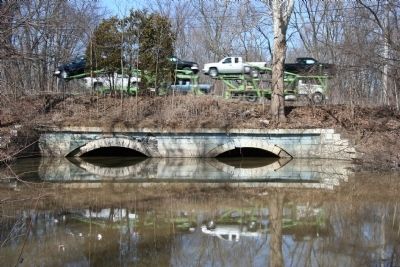