In an age of high infant mortality, Sarah and John Brown experience more than their share of loss. Plagued by smallpox, yellow fever, cholera, typhoid, measles and mumps, early Baltimore families buried one of every three children before their first birthday.

Sarah Levering Brown (1751-1832), a Pennsylvania, and John Brown (1745-1794), a native of Belfast, Ireland moved to Baltimore in 1772, a year after their marriage. Over the next 23 years, Sarah gave birth to 10 children. Six of them died over a 12 year period - four before their second birthday - along with their father. Sarah brown would live another 30 years, dying at age 80 during Baltimore's horrible cholera epidemic of 1832.

[painting]
Mourning Rites Charles Willson Peale's depiction of his wife and infant daughter captures the pain and suffering all too familiar to people like Sarah and John Brown. 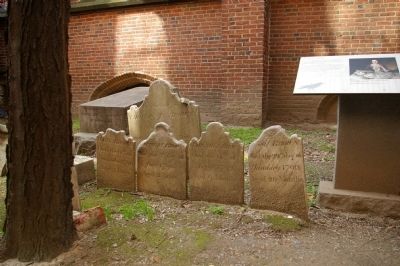 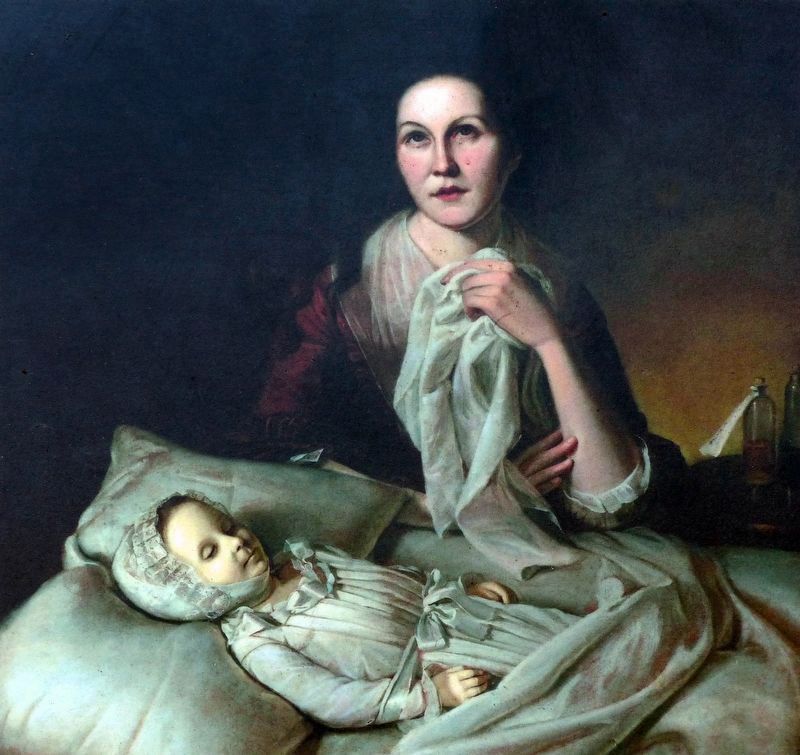 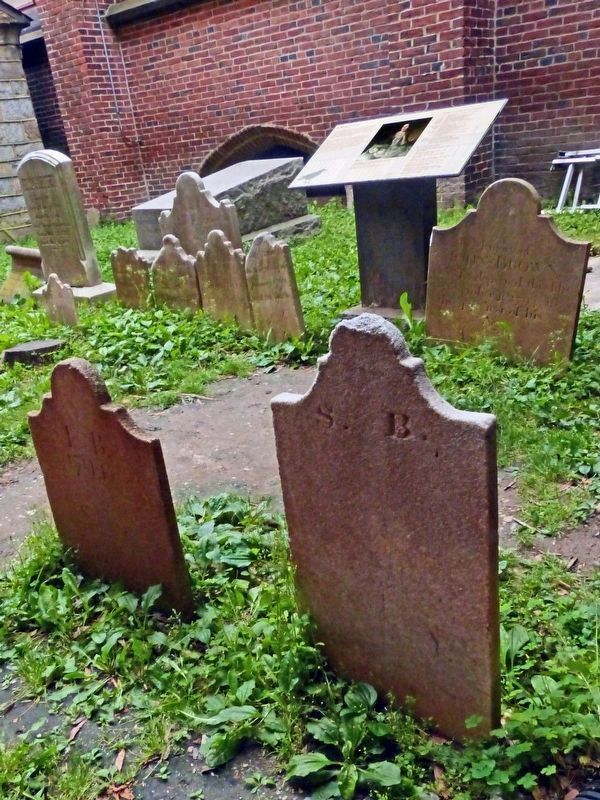 By Allen C. Browne, May 29, 2017
4. Footstones
The only marker on the grave of Sarah Brown is her footstone simply marked S.B.
Dugan-Hollins Family Vault (within shouting distance of this marker). Touch for a list and map of all markers in University of MD at Baltimore. 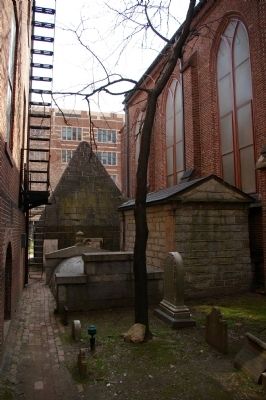