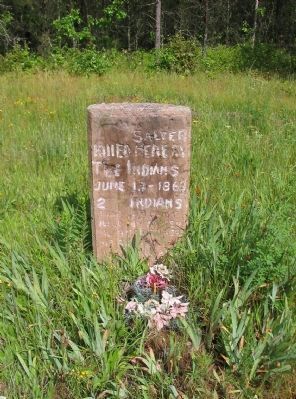 2 Indians Jo and Jim Dandy killed by Salter and burried here This ax handle killed the 2 Indians and Mrs. Salter

Topics. This historical marker is listed in these topic lists: Cemeteries & Burial Sites • Native Americans • Women. A significant historical date for this entry is June 13, 1899. 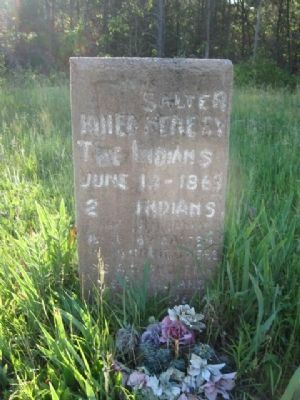 More about this marker. Puck-a-Gee means "go on" or "beat it." Another source – if the first letter is a D – believed that Duck-a-Gee refers to the tribal name of the Indians involved.

Gus Nooney was 13 years old when he found Mrs. Salter's body. In the late 1920s or early 1930s, realizing he soon would die, asked school teacher Clarence Kolk to help him make the marker to commemorate the tragic affair.

Also see . . .
1. Wisconsin Historical Society Images. A photo of the Salter grave marker before it was placed at the site. (Submitted on June 2, 2010.)

3. The State of Wisconsin Collection. "Photocopied material relating to the life of "Daddy" Salter of Juneau County, Wis. who is said to have killed many Native Americans in retaliation for his wife's murder at their Town of Clearfield tavern." (Submitted on June 2, 2010.) 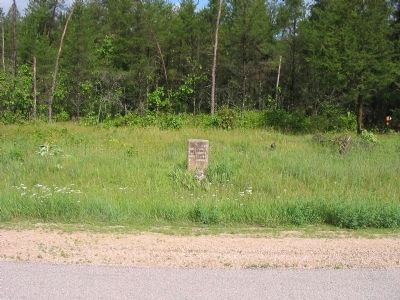 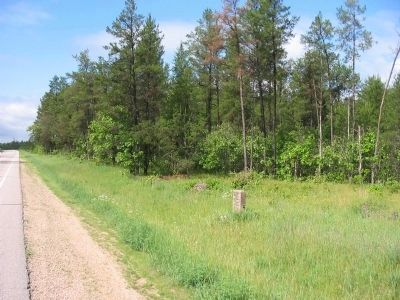