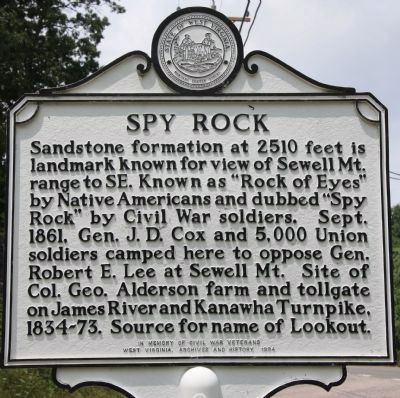 By Dale K. Benington, July 29, 2010
1. Spy Rock Marker
Inscription.
Spy Rock. . Sandstone formation at 2510 feet is landmark known for view of Sewell Mt. range to SE. Known as "Rock of Eyes" by Native Americans and dubbed "Spy Rock" by Civil War soldiers. Sept. 1861, Gen. J.D. Cox and 5,000 Union soldiers camped here to oppose Gen. Robert E. Lee at Sewell Mt. Site of Col. Geo. Alderson farm and tollgate on James River and Kanawha Turnpike, 1834-73. Source for name of Lookout. . This historical marker was erected in 1994 by In Memory of Civil War Veterans, and the West Virginia Archives and History. It is Near Lookout in Fayette County West Virginia

Erected 1994 by In Memory of Civil War Veterans, and the West Virginia Archives and History.

Topics and series. This historical marker is listed in these topic lists: Native Americans • Roads & Vehicles • War, US Civil. In addition, it is included in the West Virginia Archives and History series list.

Other nearby markers. At least 8 other markers are within 6 miles of this marker, measured as the crow flies 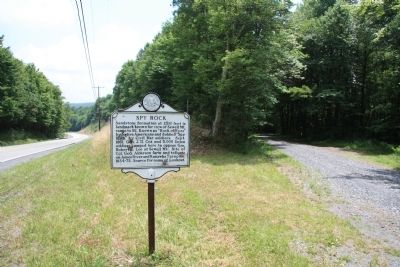 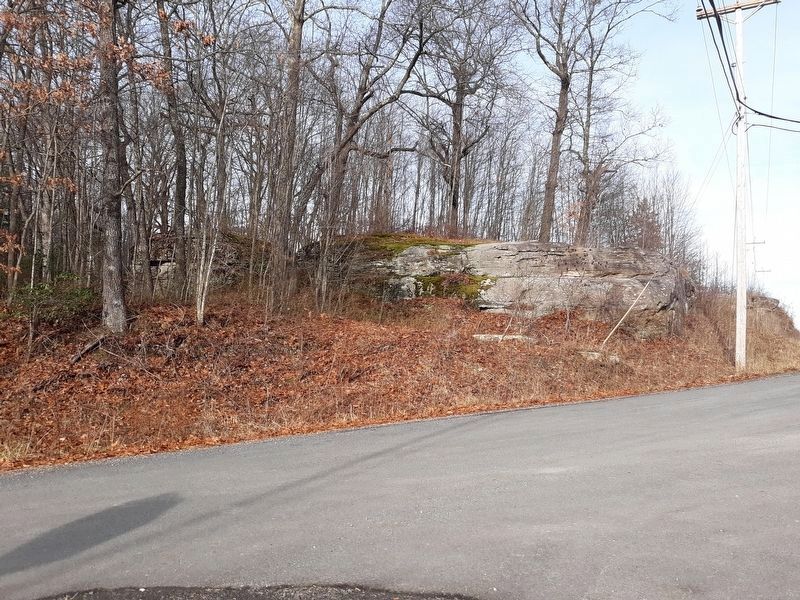