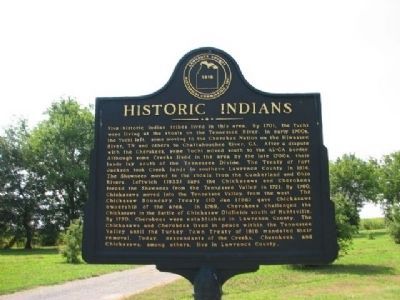 Five Historic Indian tribes lived in this area. By 1701, The Yuchi were living at the shoals on the Tennessee River. In early 1700s the Yuchi left, some moving to the Cherokee Nation on the Hiwassee River, TN and others to Chattahoochee River, GA. After a dispute with the Cherokee, some Yuchi moved south to the AL - GA border. Although some Creeks lived in the area by the late 1700s, their lands lay south of the Tennessee Divide. The treaty of Fort Jackson took Creek lands in southern Lawrence County in 1814. The Shawnees moved to the shoals from the Cumberland and Ohio Rivers. Leftwich (1935) says the Chickasaws and Cherokees forced the Shawnees from the Tennessee Valley in 1721. By 1760, Chickasaws moved into the Tennessee Valley from the west. The Chickasaw Boundary Treaty (10 Jan 1786) gave Chickasaws ownership of the area. In 1769, Cherokees challenged the Chickasaw in the Battle of Chickasaw Oldfields south of Huntsville. By 1770, Cherokees were established in Lawrence County. The Chickasaws and Cherokees lived in peace within the Tennessee Valley until the Turkey Town Treaty of 1816 mandated their removal. Today, descendants of the Creeks, 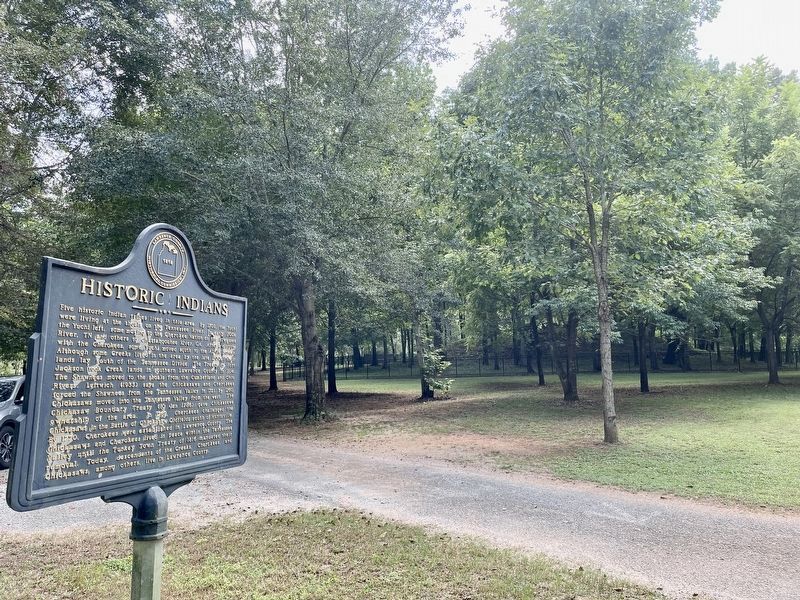 Click or scan to see
this page online
Cherokees, and Chickasaws, among others, live in Lawrence County.

Topics. This historical marker is listed in these topic lists: Native Americans • Notable Events • Notable Places • Wars, US Indian. A significant historical month for this entry is January 1786. 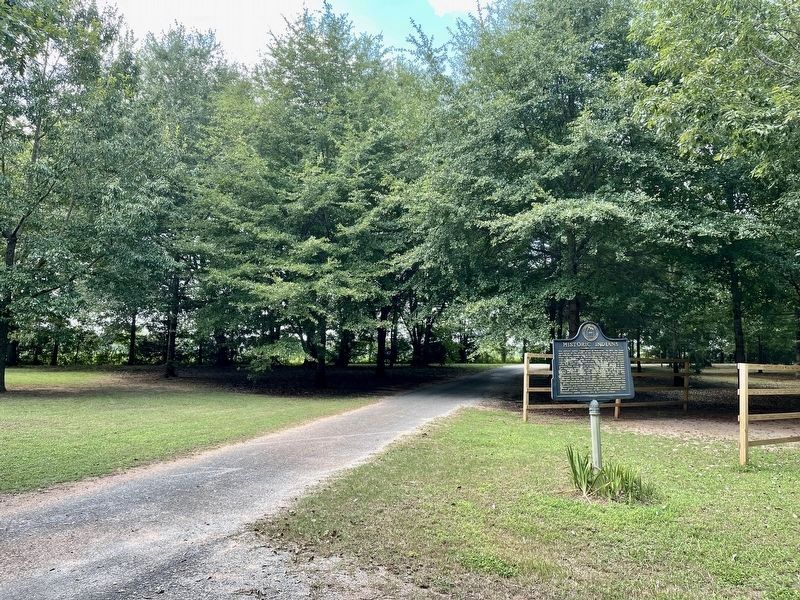